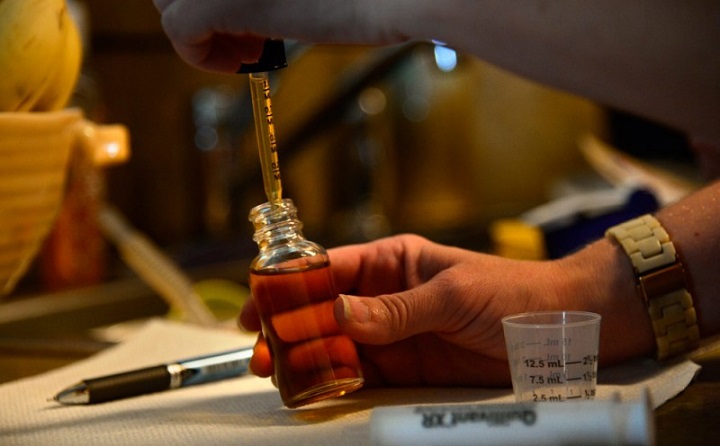 CW Hemp’s CEO calls DEA’s position statement on CBD, hemp products and the Farm Bill as “reckless and illegal.” Get more details in this post from The Cannabist.

In response to The Cannabist’s ongoing reporting on cannabidiol (CBD), the U.S. Drug Enforcement Administration this week released a reckless opinion statement that not only contradicts federal law — its very issuance is also illegal.

The DEA does not make laws, and the agency’s position is merely an opinion, one that, in this case, is actually illegal to enforce. But the statement itself violates the expressed intent of Congress.

The language given by the continuing Appropriations Act of 2017, Sec. 773, explicitly states that federal funds may not be used to:

Therefore, the DEA statement itself — because it was made by a federal agency – is not lawful; it constitutes an illegal use of federal funds to prohibit “industrial hemp” that is federally compliant.

The opinions expressed by the DEA in the statement show that the agency is choosing which laws it would like to apply to hemp, CBD, and Charlotte’s Web. In doing so, it ignores laws written in the last few years in favor of the Controlled Substances Act (CSA) written in 1971. This is an irresponsible position by a federal law enforcement agency, but even if the CSA were the only applicable statute, it still does not prohibit “hemp” or “CBD.”

Specifically addressing language in the DEA’s statement is important so that the public is aware that the opinion does not impact access to Charlotte’s Web and CBD products.

DEA: “At present, this material is being illegally produced and marketed in the United States in violation of two federal laws:  The Controlled Substances Act (CSA) and the Federal Food, Drug, and Cosmetic Act (FDCA).”

Not true: In Sec. 7606 of the Agricultural Act of 2014 (a.k.a. the “Farm Bill”) the “Controlled Substances Act” and “any other Federal law” is specifically nonwithstood before defining “industrial hemp” and legalizing its domestic cultivation and marketing for the first time since 1937.

DEA: “Because it is illicitly produced by clandestine manufacturers, its actual content is uncertain and will vary depending on the source of the material.”

Because the statement specifically references Charlotte’s Web in the first sentence, it’s crucial to note that the Charlotte’s Web products are produced in an FDA registered laboratory that is independently certified for cGMP compliance, scoring 98.9% in a recent third party audit.

Furthermore, CW Hemp’s lab has been showcased on many national TV programs as well as online.  We have been and continue to be transparent with our customers, partners and regulatory bodies – in fact, we routinely host state officials at our lab.

DEA: “Because ‘Charlotte’s Web’/CBD oil is not an FDA-approved drug: It is a schedule I controlled substance under the CSA …”

Not true: The CSA does not contain the terms “Cannabidiol,” “Cannabinoids” or “Hemp.” In order for these terms to be included in the CSA and officially become law, it would take an act of Congress, passed by the House and Senate, and signed by the President.

DEA: “Because ‘Charlotte’s Web’ is reportedly being administered to pediatric research subjects, the potential dangers are even more pronounced, making compliance with the FDA (investigational New Drug) IND requirement even more crucial.”

Not true: The only research being conducted in the U.S. on Charlotte’s Web is “observational” in nature. This means that researchers are tracking data based on the voluntary use of Charlotte’s Web, at the sole discretion and lone decision of the user. This research is not in violation of the FDCA or any other law.

There are many neurologists in the US that want to study Charlotte’s Web in a clinical setting. However, due to the pharmaceutical monopoly on the movements of Washington D.C. and the FDA, Charlotte’s Web must be clinically researched in other countries.

Not true: Charlotte’s Web, and many other domestic hemp products, are cultivated in full compliance with the Farm Bill, under appropriate licensing from respective state departments of agriculture in Colorado and Kentucky. Furthermore, according to the continuing Appropriations Acts of 2016 and 2017, it is the expressed intent of Congress that hemp cultivated in compliance with the Farm Bill be intended for “transportation, processing, and sale.”

It seems the DEA is trying to revert back to 2013, when hundreds of desperate families, failed by their governments and pharmaceuticals, uprooted their lives and moved to Colorado in order to access Charlotte’s Web.

There was once more than 15,000 people on the waiting list for Charlotte’s Web. Now, the hemp laws that ended that waiting list are under attack by this federal agency.

Charlotte’s Web is named after Charlotte Figi, a resilient and revolutionary little girl who was suffering from a treatment-resistant form of epilepsy. Close to death, experimental veterinary drugs were offered as a last option — but her parents preferred to bet on a moonshot.

What we didn’t know when we met Charlotte was that she would change not only our lives, but her bravery would also help thousands of families who now depend on plant-based products like Charlotte’s Web. In many cases, these options are often the final hope for children and adults who, like Charlotte, have exhausted pharmaceutical ones.

The DEA’s opinions are needlessly causing panic and fear amongst this challenged community. Never mind the impact on industry sales — or Charlotte’s Web sales, as the brand was specifically discriminated against in the statement. The potential consequences of its opinions for real families and medically fragile children could be devastating.

Charlotte’s Web is more than a brand or product. It’s a movement of people looking for better solutions that put daughters, sons, mothers, and fathers first; that connect serious science and the power of nature; that understand we are living in precarious times, but fearlessly believe everyone deserves quality of life. In that, our mission at CW Hemp is to protect a community whose members find themselves and their families on their last health option, one that can mean the difference between life and death.

The DEA repeatedly underestimates the resolve of these families and this community to stand up and proactively change laws when the well-being of loved ones is being threatened.

CW Hemp will continue to go above and beyond to remain compliant with federal and state laws. We continue to do so to ensure we remain in a position to fight this fight with all the families that deserve more options. Every day, we receive letters from families telling us they have their loved one back because of Charlotte’s Web, and we will not stop fighting for them. As long as we are able and justified by federal laws, we will continue to help as many people as we can.