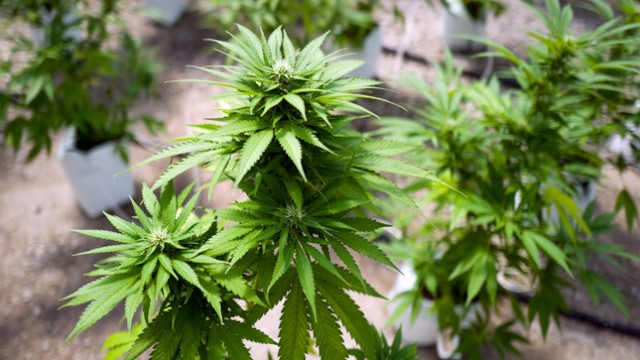 White House should enlist medical marijuana in the fight against opioid crisis. This post from TheHill discusses why Trump shouldn’t kill the high from election days pot win.

Cannabis reform advocates captured eight of the nine states that were up for grabs on Election Night. Our next president bagged a mere six in ten.

Given the Republican Party’s historical support for the War on Drugs, it’s not surprising that some cannabis legalization activists have expressed concern over the road ahead. But if this election has shown us one thing, it’s that old assumptions about what’s possible are increasingly irrelevant.

The Trump White House will have every incentive to be a catalyst for long-overdue change to our nation’s drug policies. Our new president spoke often on the campaign trail about the opioid crisis that is devastating every corner of our country. Many of us have lost people we love. There’s no reason to doubt his sincerity.

In many ways, we already agree about the way forward. Trump’s campaign released an opioid epidemic policy proposal on October 28 that prioritizes increased funding to treat addiction and refocusing law enforcement resources on the cartels and other violent offenders.

But even if a border wall could keep the heroin from flowing into our country, domestic opioid manufacturers would quickly fill the void.

Trump has specifically called out the acute danger posed by one of these substances: fentanyl. Fentanyl is increasingly showing up as a factor in opioid-related overdose deaths, as it is often substituted for or mixed with heroin and other narcotics. The Drug Enforcement Administration issued a warning this summer that even limited contact with this synthetic opiate can be deadly.

One major manufacturer, Insys Therapeutics, was recently caught up in an alleged scheme to defraud insurers by pushing a highly-addictive fentanyl product on people who didn’t qualify for it. The Arizona-based firm gave $500,000 to the only campaign that defeated a marijuana ballot question this year.

Maybe they’re afraid of the competition?

An increasing body of research is showing that cannabis is helping people to reduce or eliminate their use of opioids. A major study in the Journal of the American Medical Association found that opioid fatalities are falling in states that provide access to medical marijuana.

The American people need President Trump to enlist cannabis in the fight against opioids. Fortunately, he has the power and popular support to make big changes quickly. His Secretary of Health and Human Services already has congressional authority to remove cannabis from federal control through a simple directive to his Attorney General.

Trump says he supports medical marijuana and wants to let the states decide how to legalize. But as long as federal prohibition remains in place, state and local governments won’t truly be free to act.

“Descheduling” cannabis will allow legal cannabis businesses to access the banking system and enable nonviolent victims of prohibition to begin the process of rebuilding their lives. The removal of federal control over cannabis will provide not only an infusion of capital into our economy, but a lot of good people, too.

Now that nearly two-thirds of our population will live in states with access to medical marijuana, we have clearly passed a major tipping point.

The American people have delivered a strong mandate for change. It’s time for leadership to abolish marijuana prohibition and heal our nation.

Source: Trump should enlist medical marijuana in his fight against opioids | TheHill