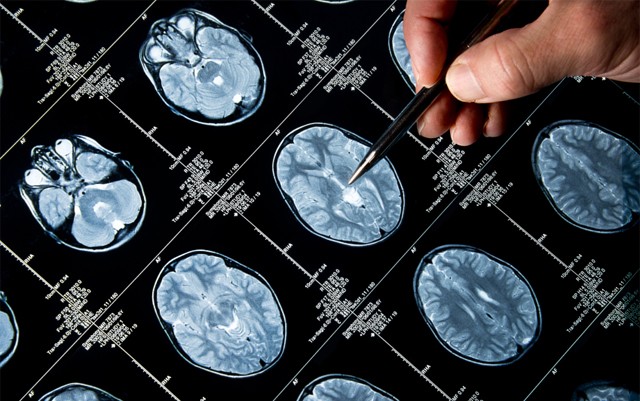 Although the conventional treatments for Alzheimers can alleviate the symptoms, these drugs cannot delay the progression or reverse the disease. This post from The Marijuana Times sheds light on how cannabis can not only relieve debilitating Alzheimer’s symptoms but effectively treat the disease.

Alzheimer’s disease (AD) is a chronic, neurodegenerative disorder that is linked to progressive neuronal loss and cognitive decline that typically affects elderly individuals between 65 and 80 years of age. The cause of AD is multi-factorial, including a genetic basis and unknown etiology. AD patients usually suffer cognitive impairment, short and long-term memory loss, and difficulties in speech. AD is characterized by depression, psychosis, and aggressive behavior. Total care from family and caregivers may be needed in later stages.

Although the conventional AD treatments such as acetylcholine esterase inhibitors canalleviate the symptoms, these drugs cannot delay the progression or reverse the disease. It has been shown that plant-derived terpenoids, such as cannabinoids, possess therapeutic potential to effectively treat AD.

Alzheimer’s Disease Pathology at a Glance

Presence of senile plaques in the brain is a hallmark of AD. These plaques are composed of extracellular deposits of beta-amyloid proteins derived from aberrant metabolism of transmembrane amyloid precursor protein. Aβ fragments are present across the brain regions and play a vital role in the pathogenesis of AD, memory loss, behavioral changes and neuronal cell death.

In an AD brain, the hyperphosphorylation of tau protein results in the formation of intracellular neurofibrillary tangles that interrupt inter-neuronal communication and memory process. Occurrence of neuroinflammatory events and oxidative stress arecommon in the pathogenesis of AD. Other factors that contribute to the pathology of AD are the impairment of intracellular calcium homeostasis/signaling and excitoxicity.

Senile plaques are usually covered by microglia (the brain’s immune cells) in an attempt to phagocytose the plaques and to clear the Aβ burden. When the plaque depositionexceeds the clearing ability of microglia, inflammatory cascades are activated by the immune cells. The persistent activation of microglial cells results in continuous release of pro-inflammatory cytokines, including interleukin-1β. Localized inflammation and generation of excessive Aβ fragments can cause neurotoxicity.

These events particularly target cholinergic neurons, and therefore drugs that enhance acetylcholine availability (acetyl choline esterase inhibitors/AChE) are often indicated. However, these drugs can treat the symptoms of early stage disease, such as mild cognitive impairment, but they provide no relief in the later stages of the disease process.

ECS in Normal and AD Brains

The role of the endocannabinoid system (ECS) in neurodegenerative disorders has been demonstrated in recent years. CB1 receptors are widely distributed in brain regions such as the cerebellum, cortex, hippocampus, and basal ganglia. The hippocampus isassociated with learning and memory. These areas are often affected in the early course of AD. CB2 is sparsely expressed in the brainstem, cerebellum and microglia.

Autopsy studies have reported increased expression of CB1 and CB2 receptors on microglia in the senile plaques. Additionally, fatty acid amid hydrolase (endocannabinoid metabolizing enzyme) is also upregulated in the senile plaque that may increase the release of anandamide metabolites such as prostaglandins and pro-inflammatory cytokines. These events can contribute to reactive gliosis in plaque deposits and worsen the disease. Research evidence has demonstrated the antioxidant, neuroprotective, and anti-inflammatory potentials of the endocannabinoid system.

Like endocannabinoids, Δ9-tetrahydrocannabinol (Δ9-THC) has the potential to activate cannabinoid receptors and mitigate these pathological events. Δ9-THC has been shown to improve behavioral problems, including nocturnal agitation and appetite in AD patients. This evidence has pointed to the role of ECS in the mitigation of the neurodegenerative process, which can offer more effective options to treat AD.

CBD as a Potential Therapeutic Option for AD

Voltage-dependent dysregulation of intracellular Ca2+ homeostasis and/or calcium signaling and N-methyl D-aspartate (NMDA) receptor activation can potentially contribute to excitotoxicity, neurodegeneration, and memory impairment in the AD brain. Additionally, Aβ suppresses glutamate uptake by the brain cells that leads to excessive activation of glutamate receptors and cause excitotoxicity.

Endocannabinoids, such as anandamide and 2-arachidonoyl glycerol, are synthesized as a feedback mechanism of intracellular calcium overload to inhibit excitoxicity.

Research evidence, including cell culture studies, has shown that endocannabinoid systemmanipulation by cannabinoids can directly regulate and normalize activation of NMDA receptors. It is believed that the neuro-protectivity benefits of cannabinoids are due toinhibition of presynaptic calcium molecule entry and associated suppression of excessive glutamatergic synaptic activity. CB1 receptors agonists, including cannabinoids, inhibitglutamate release and thus prevent neuronal excitotoxicity. Cannabinoids can directlyincrease brain-derived neurotrophic factors and inhibit excitoxicity in the AD brain.

This evidence clearly shows that suppression of excitotoxicity by cannabinoids in addition with neurotrophic benefits could potentially treat AD symptoms.

In vitro studies have shown that cannabidiol can reduce inducible nitric oxide synthase, NO production, inflammatory cytokines transcription factors, and stress-activated protein kinase p38 in AD models. This evidence suggests that cannabidiol can suppress inflammation and its signaling events in Aβ-exposed brain cells.

Studies have shown that cannabinoids can down-regulate expression by pro-inflammatory cytokines-associated transcription factors, alleviate neuroinflammation and promote neuro-protectivity. Prolonged administration of cannabinoids has reduced inflammation and increased Aβ clearance. These results were mirrored is another study as well.

As cannabidiol lacks psychoactivity, it can be employed as a preferable choice of drug to treat this debilitating neurodegenerative disorder.

Instead of targeting CB1, CB2 targeting could significantly avoid undesirable side effects.

The role of AChE is implicated in the pathogenesis of AD by forming accelerating the assembly of Aβ peptides into fibrillar species. This process involves the formation of complexes with Aβ through peripheral anionic site thus increasing neurotoxicity.

AChE drugs are being indicated for AD which act by inhibiting the active site binding of AChE and thus increasing synaptic cleft ACh levels and cholinergic transmission. AChE inhibitors can increase Ach availability, reduce amyloid formation and its associated neurotoxicity.

However, AChE inhibitor therapy is associated with undesirable adverse events including hepatotoxicity and gastrointestinal problems. Newer drugs may modify the disease process but cannot reverse the neurodegeneration.

Recent studies have shown that Δ9-THC binds with the peripheral anionic site of AChE and inhibits AChE in a competitive fashion and prevents Aβ aggregation. When compared to conventional AChE inhibitor drugs, such as Tacrine and Donepezil, Δ9-THC has been proved to be a potent inhibitor of Aβ aggregation. These results suggest that Δ9-THC can be a potential treatment option for AD. Based on this evidence, it is now clear that manipulation of the ECS pathway can offer a novel approach for AD treatment that can be more effective and safer than conventional AD drugs.

While past studies have shown that cannabis can provide palliative relief to AD patients, one Israeli study has found that medical cannabis oil (THC) can be effective in relieving behavioral and psychological symptoms of dementia. After four weeks of THC administration, significant decrease in apathy, agitation, aggression, delusion, irritation and sleep distress were observed, as evidenced by severity scores. The results suggest that THC can be a promising add-on therapy for AD patients.

Based on this evidence, we can understand that cannabidiol can exert therapeutic effects in AD patients by ameliorating various pathological events in AD brain.

All that Glitters is Not Gold!

It is prudent for all of us to understand that all of the proven medicinal benefits of cannabis are attributed to naturally-occurring marijuana and its derivatives, such as cannabis oil, but NOT for synthetic, marijuana-like compounds, which are actually harmful.

Recently, a French clinical trial witnessed several deaths and conveniently blamed marijuana for the deaths; however the marijuana was not natural marijuana or its isolates/compounds.

Thanks to the untiring efforts of medical marijuana activists, medical marijuana has been legalized in certain states and the numbers are growing. In the present situation, clinicians and researchers have recognized the rapidly changing political climate surrounding the debate over medical marijuana and have begun to acknowledge the medicinal benefits of cannabis.

What we should note is, as of now, there is no effective or safe treatment option available for AD and its symptoms. If medical marijuana-based pills are approved in the near future, it can be a better and safer treatment option for AD.