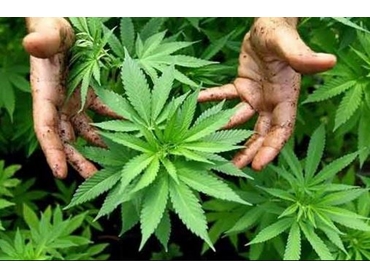 In this post from Ferret, Ben Hagemann turns the spotlight on an Australian mining company that has announced its decision to enter the medical marijuana game and is intent on becoming Australia’s first ASX listed domestic cannabinoid producer:

Miners in Tasmania may have to develop a green thumb as an Australian exploration company sets its sights on being Australia’s first ASX listed domestic cannabinoid producer.

Capital Mining announced last month that it would enter the medical marijuana game, but the venture took a step forward on Friday when the exploration company said it would take ownership of Tasmanian company Cannabinoid Extracts Australia (CEA).

CEA was originally set up to obtain licenses for the manufacture of cannabidiol (CBD), a non-psychoactive drug which can be used to treat convulsions, inflammation, nausea and other medical conditions, and also demonstrates neuroprotective properties.

Capital Mining have negotiated a non-binding agreement for a sale price of $125,000 for the purchase of CEA from Essential Oils of Tasmania (EOT), plus a further $125,000 if the CEA can acquire the appropriate hemp production licences from the Tasmanian government, as well as shares and options.

Capital have recently entered into an unsecured loan agreement for immediate drawdown of $150,000 at six per cent interest per annum.

Earlier this year NSW state premier Mike Baird announced the start of medical marijuana trials which would include children with epilepsy, and now Queensland and Victoria have joined the race with Premier Anna Palaszczuk announcing Queensland will undertake similar government-funded studies.

In March Capital Mining acquired 100 per cent of the US hemp-based product company Nutrawerx, as well as a Canadian marijuana producer Broken Coast Cannabis.

Capital Mining is the second ASX listed company to become involved in the race for medical marijuana, after Israeli managed company Phytotech floated in January.

The biggest risks for Capital Mining’s new venture are that the licence application for BCD production may not be transferred by the government, as well as the risk that federal and state legislative changes will not occur to allow the business to proceed.

via Capital Mining goes to pot.