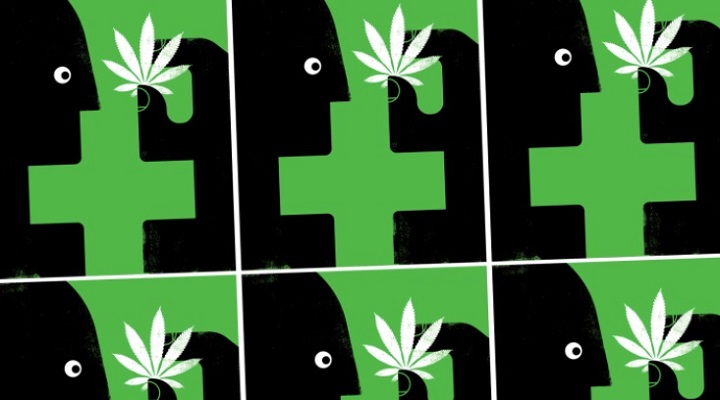 A startup is bringing transparency to medical marijuana. This post from Fast Company showcases their concentrated oil formulas and the device to deliver them.

Hmbldt, a startup based in Los Angeles, wants to make medical marijuana as predictable as Advil. Now legal in 29 states, cannabis is increasingly used to treat conditions ranging from nagging headaches to Parkinson’s. But it doesn’t always deliver dependable relief: There are more than 700 strains, each producing a different effect, and taking the right amount can be tricky. “We know that [marijuana] has all these incredible benefits, but it’s really hard to tailor your experience,” says Hmbldt cofounder Matt Seashols.

To create more consistent medications, Seashols began by hiring scientists to identify which of the 483 known chemical compounds in cannabis are responsible for specific physiological effects, such as euphoria or drowsiness. The result: Hmbldt’s six concentrated oil formulas, which mix and match compounds to target specific conditions, including anxiety, insomnia, and pain. To deliver a controlled and “repeatable” experience, Seashols partnered with a team of engineers to develop a vaporizer pen that activates the formula and vibrates when a single, 2.25-milligram dose has been administered. The device is an improvement on standard pens, which don’t regulate dose, and on other methods of taking medical marijuana, such as joints and edibles. On the back of each Hmbldt package, there’s even a food-label-style list of ingredients that details the formula’s concentration of active ingredients like THC and CBD. The spare, earthy branding (courtesy of the design firm Anomaly, an early investor in Hmbldt) evokes the hypertransparent aesthetic you might find on organic packaged food.

Since Hmbldt launched in September, its products have been sold at approximately 200 dispensaries throughout California. “People want something that resonates with them like the rest of the stuff in their medicine cabinet or kitchen pantry,” says CEO Gunner Winston. “For us, it’s not about getting high. It’s about health.”