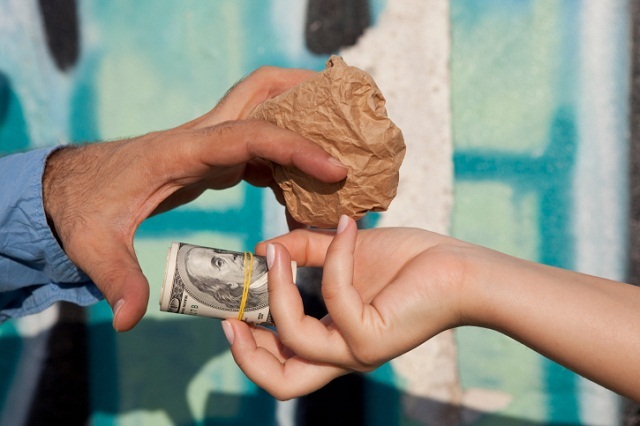 The popular media and the government continue to refer to drug sellers as violent criminals despite research findings to the contrary. This post from Drug Policy Alliance discusses how this myth of the violent drug seller has lethal consequences. 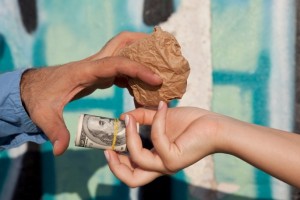 Stoking these fears is, at best, outdated and unjustified, and at worst, deliberately deceptive and dangerous.

Research shows that selling drugs is often a temporary venture, one that’s undertaken by individuals struggling to survive in order to supplement their income or their own drug use. Rather than being a cause of urban decline, selling drugs is often a direct response to that urban decline and the disappearance of a sustainable employment market. The constant in the life of the average person who sells drugs is not violence, but poverty.

Yet when police equate selling marijuana with violence, those assumptions become dangerous, and in some cases, lethal. Several recent cases demonstrate the startling show of force police bring to fight the war on drugs, even against a drug that isdecriminalized in almost half of the country.

Jason Westcott was killed by members of a Tampa Bay SWAT team during a raid on his house. When a confidential informant told detectives that Mr. Westcott sold small amounts of marijuana—he later admitted that he lied about this—police obtained a search warrant. During the ensuing nighttime raid, police claim that Mr. Westcott pointed a gun at them. They recovered 0.02 grams of marijuana.

Julian Betton was shot and paralyzed by police in South Carolina when police raided his home with a search warrant after Mr. Betton had sold an informant 7 grams and 8 grams of marijuana on two occasions. While Mr. Betton possessed a gun, Mr. Betton did not fire at the officers, contrary to earlier reports. But that didn’t stop police from shooting Mr. Betton nine times and discharging more than 40 bullets in a volley of gunfire.

The excessive militarization of the police has been all over the news lately. While public support for the war on drugs is lower than ever, law enforcement increasingly use the war on drugs as a justification for their aggressive tactics and violence. These hyper-aggressive tactics—nighttime raids, assault rifles, battering rams, sting operations—are frequently used in the wasteful and failed war on drugs. When police equate selling drugs with violence—even selling very small amounts of marijuana—they see all suspected drug sellers as threats, rather than as individuals.

On a daily basis we hear of black men assaulted or murdered by the police, most for doing nothing wrong, and some for allegedly committing minor crimes. Eric Garner was killed by police after selling untaxed cigarettes, Walter Scott was killed by police after being pulled over for a nonfunctioning brake light, and Jason Westcott and Julian Betton were shot by police after being involved in small sales of marijuana. The deaths of all of these men are outrageous—their alleged involvement in a minor crime does not make it any less so.