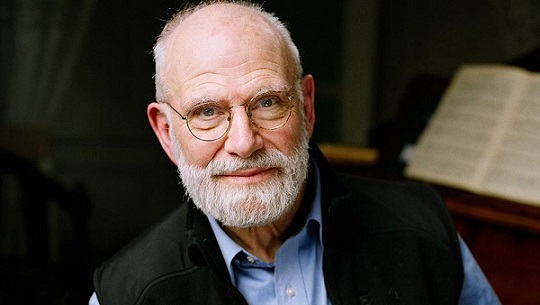 LSD helped Dr. Oliver Sacks be more empathic. It was legal then. Is the Drug War standing in the way of researching therapeutic benefits of psychedelics? This post from Drug Policy Alliance revisits the impact of drug war on drug education and research. 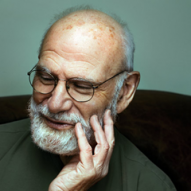 What if Oliver Sacks had been born 20 years later? Would he have been able to explore new avenues of neurochemical and psychiatric research to the extent that he did?

Probably not… at least not legally, since a 20-year delay would have implied breaking the law when he split fifty micrograms of LSD with one of his childhood friends.

While the psychedelic compound was still legal when Sacks ingested it in 1953, it was not long before LSD and multiple other psychoactive drugs were declared to have no medical value and great potential for abuse by the Controlled Substance Act of 1970 that was signed into law by President Richard Nixon as part of hiswar on drugs.

Despite a number of both national and international studies carried out in the 1950s showing the therapeutic potential of LSD and other psychedelics, including treatment for alcoholism and psychological disorders, Nixon’s draconian laws not only criminalized people who use drugs but also researchers, whose projects were terminated and funds cut short.

Now, as the world mourns the recent death of this great neurologist and author who wrote about the need “to transcend, transport [and] get beyond ourselves […] in states of mind that allow us to travel to other worlds,” it is crucial to remember whose voices are not making headlines.

For 45 years since psychedelics were officially criminalized, researchers around the world have been struggling to overcome bureaucratic hurdles to conduct clinical studies evaluating the therapeutic benefits of these substances. Psychedelics have been stigmatized since the government’s backlash against the 1960s “counterculture” movement and are still misunderstood due to public officials’ lack of support for harm reduction initiatives and science-based drug education.

However, despite the political and cultural obstacles psychedelics have faced over the last four decades, the last few years have seen what many are calling a psychedelic renaissance thanks to organizations like the Multidisciplinary Association for Psychedelic Studies and the Heffter Research Institute. With clinical studies at institutions like the NYU School of Medicine and Johns Hopkins School of Medicine, scientists are demonstrating the potential of psychedelics to treat addiction, PTSD, depression, and end-of-life anxiety.

Moreover, the benefits of these substances are not necessarily limited to patients, as they could also be very valuable for researchers themselves.

In the case of Oliver Sacks, he claimed that psychedelics “allowed me to be more empathic and understand from my own experiences what several patients were going through, but it also gave me very direct knowledge of what physiologists were calling the reward systems of the brain.”

As we remember the legacy of this great thinker, let’s also make sure to educate ourselves on the racist, oppressive, and profit-driven history of drug laws in this country and the obstacles that remain. The information is out there and it is a choice to either consent through silence or take action to end the drug war once and for all.