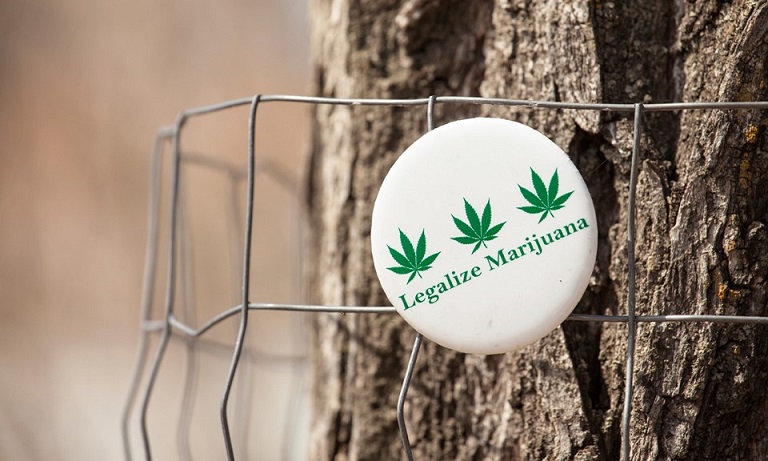 In this post from Leafly, Lisa Rough puts up a case for legalizing cannabis with 10 research-backed arguments in its favor.

For every responsible cannabis consumer out there, there’s a negative stereotyper who assumes that cannabis users are all “mad on the reefer” without taking into account the many positive arguments for legalization. Whenever you hear their claim that cannabis users are irresponsible drug addicts or that medical marijuana is a sham, you can counter with these research-backed arguments in favor of cannabis legalization:

1. The World Will Not Collapse into Chaos
No, cannabis consumers are not going on violent rampages through the city. In fact, it’s quite the opposite — violent crime and property crimes have both decreased in Colorado since the state legalized recreational cannabis, and the London study we referenced in our 5 cannabis misconceptions article led to a large drop in crime rates after cannabis was decriminalized for a year.

2. The Prohibition of Cannabis Takes a Financial and Social Toll on Society
There were 658,000 arrests for marijuana possession in 2012 alone, and the majority of these arrests were for non-violent, low-level offenders. Enforcing cannabis possession laws costs the U.S. approximately $3.6 billion annually. All of this time, cost, and effort takes our law enforcement away from enforcing more urgent issues.

3. Marijuana Enforcement is Inherently Biased
No matter which way you put it, when it comes to arrests for simple marijuana possession, black Americans are the top contenders. Overall, they are four times more likely to be arrested for marijuana, despite the fact that blacks and whites both use cannabis at similar rates. Even in more progressive states like Oregon, black Oregonians are still twice as likely to be arrested for low-level cannabis charges.

4. Cannabis Has Medicinal Applications
Despite the notion many anti-cannabis people have that medical marijuana is nothing more than a lie, studies are starting to show marijuana’s potential in shrinking aggressive cancerous brain tumors. Furthermore, a recent American study found that treating epilepsy and other seizure disorders with CBD reduced seizures by 54%. Use of THC reduced spasticity in sufferers of multiple sclerosis by 30%. Cannabis may also reduce depression and relieve anxiety. While more research is needed to better determine how cannabis can help treat diseases or symptoms, there’s a reason why 24 states thus far have legalized medical marijuana.

5. Cannabis is 114 times Less Toxic Than That Other Legal Substance, Alcohol
In a comparative analysis on the risks of recreational drugs, alcohol was the top contender, while cannabis was considered the lowest risk, making cannabis literally 114 times safer to use than alcohol, a legal substance for adults ages 21 and up.

6. Legalization Hasn’t Led to Increased Use Among Teens and Minors
Since cannabis was legalized in Colorado, many feared that it would lead to increased consumption among youth. In fact, legalization has had the exact opposite effect – due to education and regulations restricting use to adults, the percentage of teenagers in Colorado who admit to using cannabis has been steadily dropping from 22% to 20% between 2011 and 2013, and remains below the national average at 23.4%.

7. Cannabis Generates Revenue
Ah yes, the almighty dollar. No matter how you put it, money talks. Colorado’s first year of legal cannabis provided $63 million in revenue, with an additional $13 million from licenses and fees. Not only that, but the money is going to great causes — $30.5 million goes right back to the taxpayers (rewarding those who voted for legalization), and the rest goes towards youth marijuana education programs, school construction, and the costs of regulation.

8. Keeping Marijuana Illegal is Expensive
According to the ACLU, in 2010, the U.S. spent more than $3.6 billion on enforcing cannabis prohibition. It’s estimated that the U.S. will spend more than $20 billion over six years on keeping cannabis illegal.

9. Legalizing Cannabis Could Eliminate the Black Market
It’s possible to undercut the black market by making the legal market more appealing to the standard cannabis consumer through legalization and tightly controlled regulations. Mexcan cartels once supplied the United States as the top source of illegal cannabis, but since legalization has swept across four states and Washington, D.C., the amount seized by Border Patrols has dropped 24% in the past year, and the price of Mexican-grown cannabis has dropped from $90 down to $30 per kilogram. Legalization brings proper regulation and infrastructure, and ushers in potency testing, product variety, warning labels, and overall peace of mind for the consumer.

10. Legalizing Cannabis Creates Jobs
Colorado created 10,000 new jobs in the legal cannabis industry, boosting the economy and lowering the unemployment rate to just 6%, making it one of the lowest in the nation.

via 10 Arguments in Favor of Legalizing Cannabis – Leafly.