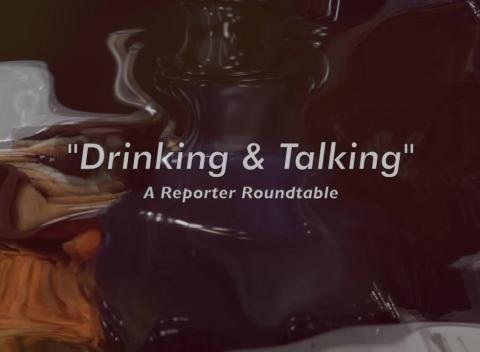 In this article from The Huffington Post, Carly Schwartz reviews the stand taken by the 12 key people who are likely to influence the future of pot policy.

With 23 states that have legalized medical marijuana, 19 that have decriminalized possession of small amounts of pot and four that have legalized recreational use outright, pot policy is one of the most fiercely contested issues in America today. Recent polling suggests that support for legal weed is at an all-time high, and new research shows that cannabis can stop violent seizures in young children and shrink brain tumors in mice.

But even as more lawmakers and other leaders join the chorus backing marijuana reform, a number of influencers still refuse to take a stand, and others are fighting to keep it illegal. On Monday, just in time for 420, the Brookings Institution’s John Hudak rounded up some of the most important players in the future of cannabis policy.

While “there are hundreds of key players making a difference — on both sides of this issue,” Hudak wrote, these 12 “bring something interesting to the table.” He analyzed some obvious names, including presidential hopefuls Hillary Clinton, whose Democratic base overwhelmingly supports legalization, and Rand Paul, one of the leading conservatives pushing for reform. He also considered such lesser-known figures as Uruguayan “pot czar” Milton Romani and Ricardo Baca, editor of The Denver Post’s Cannabist outlet.

Below, take a look at the 12 individuals Hudak highlighted (image courtesy of the Brookings Institution): 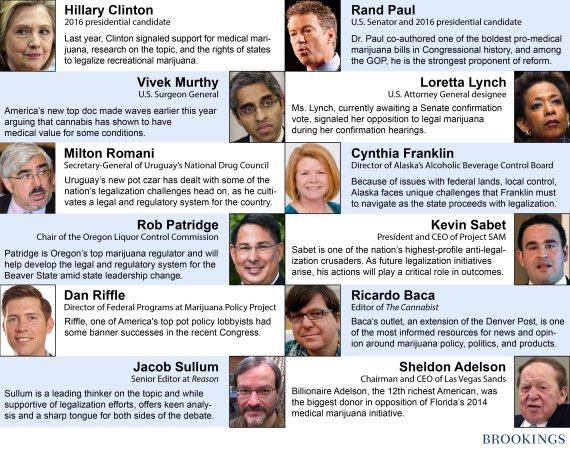 via 12 Key People Who Will Influence The Future Of Pot.