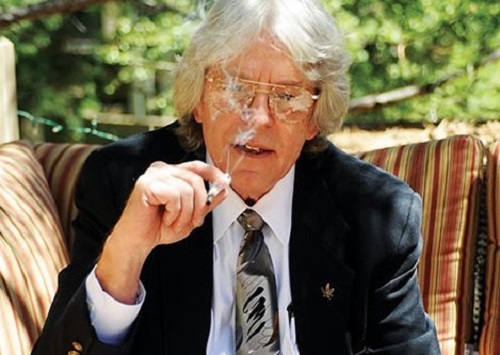 It’s been a year of preparation for those in the legalization movement. It’s a non-election year, with only one statewide measure on the ballot this November — Issue 3 in Ohio — which may answer the question of whether the lure of legalization will bring a surge of young voters to the polls in sufficient numbers to approve full legalization in an off-year election.

A victory in Ohio will challenge conventional wisdom that holds voter initiatives should never be scheduled in odd-numbered years; a defeat will reinforce the need to focus on even-numbered years.

2015 has also been a year of implementation of the legalization initiatives approved by the voters in Oregon and Alaska in 2014. Retail marijuana sales are scheduled to begin on October 1 this year in Oregon (the legislature enacted legislation permitting the existing medical marijuana dispensaries to begin selling to recreational users a year earlier than would have been the case under the terms of the voter initiative); while Alaska is still developing their regulations, hoping to have its retail stores up and running early in 2016.

2016 Should Be A Breakout Year

But the real focus for the legalization movement is 2016, a presidential-election year (when legalization initiatives generally do best) with full legalization initiatives expected to qualify for the ballot in several states, including Arizona, California, Maine. Massachusetts, Michigan, and Nevada. In addition, a coalition calling itself Show-Me Cannabis is mounting a serious effort in Missouri, although that seems less certain to qualify for the ballot; and voter initiative efforts have been announced in a handful of other states, including Wyoming (since withdrawn), Montana and Mississippi, that appear premature politically.

We have the real possibility of more than doubling the number of states with full legalization during 2016, which should boost the legalization movement into the political stratosphere and drive a stake through the heart of prohibition, once and for all. If we win four or five or even six more states next year, the game is over and we will have won. But none of that is certain, and each of these proposed initiatives faces serious challenges. 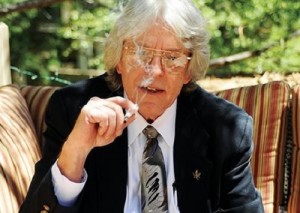 One fact of life for legalization proponents today is the likelihood that many of these efforts will be facing opposition from other legalization activists, who frequently favor less regulations and control, and in some states (Arizona, California, Maine, Massachusetts and Michigan) offer competing legalization initiatives that, were they to qualify for the ballot, would likely split the pro-legalization vote and assure legalization would lose at the polls. It remains to be seen if any of the competing initiatives will find the funding or political support to qualify for the ballot, and recent experience suggests they may not.

When marijuana legalization was just a theory of where we wanted to go, there were only two sides to the debate: those who favored prohibition and those who favored legalization. But as legalization became a real possibility, it became clear that not everyone agrees on what they mean by legalization. Should it be a system similar to the one for alcohol; should it be the “tomato model”, with no controls or limits; or something in-between. Are we willing to compromise in order to end prohibition, or do we wish to hold out for that elusive perfect system?

It is these different definitions of what legalization should look like that now divides the pro-legalization supporters into different camps, and finds us frequently opposing each other, at least during the early stages of policy change. We should accept this reality and strive to give everyone a fair chance to have their views heard and considered, while working to build a consensus coalition around a version of legalization that has the support of a majority of the voters, and can attract adequate funding to run a successful campaign. Otherwise we are just making a political statement about what we might like in a perfect world, without actually impacting public policy. And the arrests will continue.

California, which is the most politically significant state in play for 2016, actually has at least six competing legalization initiatives that have been filed with the state, creating a confusing and potentially destructive political environment. Thankfully a Blue Ribbon Commission on Marijuana Policy, headed by Lieutenant Governor Gavin Newsom, after holding public hearings around the state, released in July a helpful policy analysis outlining the policy options available for regulating marijuana, and appears to be finding a middle-ground around which the majority of legalization advocates in CA can coalesce.

But it is California, after all, a nation-state with nearly 39 million people, so no one should expect all stakeholders will reach common agreement, and we know going in that there will be vocal opposition from some legalization supporters who favor less regulation, or no regulation at all. The goal, of course, is to bring as many stakeholders as possible together, and to try to ignore those who insist that legalization must be done their way, or not at all.

The California legislature appears to have set the table for full legalization in 2016 by finally (20 years after medical marijuana was first legalized in CA) enacting legislation to license and regulate commercial growers and retail sellers of medical marijuana, ending the confusing, unregulated medical marijuana system that had developed in the state. At last they will have rules governing the business of medical marijuana – providing a more legitimate basis for a legal recreational system to come next.

Marijuana legalization is a nation-wide movement (more accurately world-wide), with each succeeding state building on the experience of those states that came earlier, and, because of differing regional attitudes about marijuana and marijuana smoking, no two state legalization systems will be the same.

That’s a good thing, as it permits the states to serve as “laboratories of democracy,” as former Supreme Court Justice Louis Brandeis once described our system of permitting the various states to test novel social and economic experiments, without directly affecting the entire country. Over time we will see what works best, and what does not, and we can arrive at a national marijuana policy that accommodates regional cultural differences, and that works for smokers and non-smokers alike.

2016 is our best hope for a dramatic political leap forward that will settle the legalization question for good.