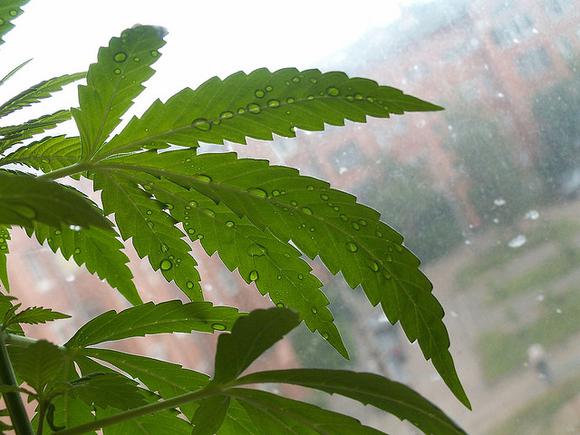 Let it be known that we’re still more than a year away from the 2016 presidential election, and the issues that will decide the election are still being felt out. However, with each day that passes it looks more and more plausible that marijuana and the federal government’s views on marijuana will play an increasingly important role in the election.

Why marijuana is a hot-button issue

It’s not tough to understand why marijuana has become such a hot-button issue. Three well-respected national polls — Gallup, Pew Research Center, and General Society Survey — have all shown that a slim majority of respondents now have a favorable view of marijuana, with smaller, independent studies that have focused on swing states demonstrating that support for the legalization of marijuana for medical purposes is even higher. The people have spoken via polls, and more people than not want to see the federal ban on marijuana lifted.

But individual states aren’t sitting on their hands while the federal government weighs an eventual legalization or decriminalization of the currently illegal drug at some point in the future. Since 1996, 23 states have legalized the use of medical marijuana (as well as Washington, D.C.), with four states — Washington, Oregon, Alaska and Colorado — along with Washington, D.C. legalizing marijuana for recreational purposes.

Legalizing marijuana on the state level could be great news for medical marijuana-eligible patients, since it’s been shown to have a positive effect on a handful of diseases. GW Pharmaceuticals (NASDAQ: GWPH  ) , the leading researcher in cannabinoids from the cannabis plant, demonstrated the power behind its research in phase 2 studies involving Epidiolex, an experimental therapy targeting two rare types of childhood-onset epilepsy (Dravet syndrome and Lennox-Gastaut syndrome). In both studies the frequency of seizures was reduced by more than 50% among patients taking Epidiolex. 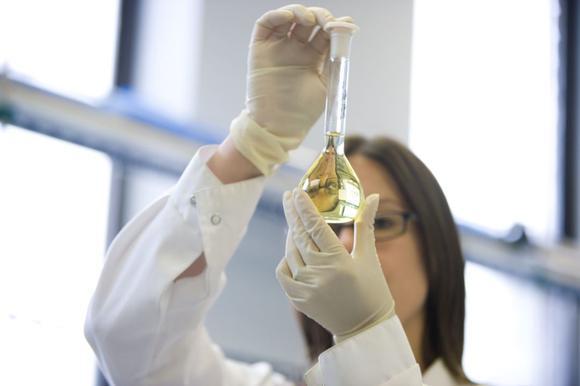 For states, this means extra revenue. What might have seemed like a laughable idea even a decade ago — revenue from taxing recreational and/or medical marijuana — can be funneled into underfunded education programs in legal states. In Colorado, voters will soon decide whether $40 million of the $52 million in recreational marijuana tax revenue collected will be used to fund schools, or if it’ll be returned to marijuana growers and residents of the state as a rebate.

Despite marijuana’s growth, it still remains a highly controversial drug. Clinical studies are still a long way from proving or disproving its safety, basic banking services continue to elude a majority of the marijuana industry, and because federal tax law supersedes state tax laws marijuana businesses are unable to recognize normal business deductions, and are thus paying more than their fair share of taxes.

Perhaps the biggest hurdle of all that the industry could face is the make-up of the next government. If the Commander-in-Chief has a negative view of marijuana, or of legalizing marijuana, it could stop the marijuana movement in its tracks — and that’s bad news for most marijuana-based businesses, which are still losing money. This is why the 2016 presidential election could be an extremely important one for marijuana supporters.

Altogether, the field of presidential hopefuls is currently about two dozen candidates deep. Three of these candidates have come forward as clearly opposing the idea of marijuana legalization on a national level. Here’s a brief look at the three candidates. 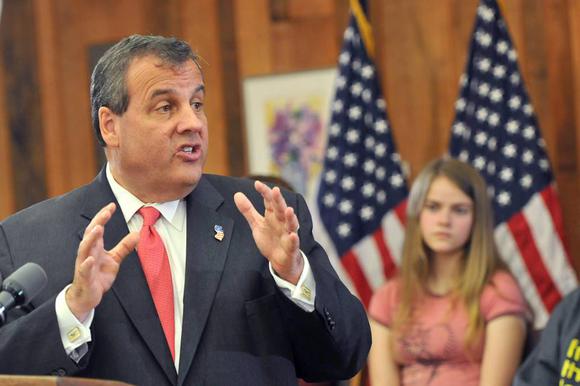 Chris Christie (R – N.J.)
If there’s any candidate in particular who could take the crown as being the most “anti-marijuana” of the crowd, it’s New Jersey governor Chris Christie. Christie hasn’t minced words, stating on multiple occasions, including an appearance on Face the Nation, that he would reinstitute federal prosecution for use and/or possession of marijuana, regardless of whether or not a state has passed a law legalizing the drug.

In a New Hampshire town hall meeting in July, Christie had this to say:

“If you’re getting high in Colorado today, enjoy it. As of January 2017, I will enforce the federal laws.”

The very next day Christie was quoted on “Fox and Friends” as saying:

“Marijuana is against the law in the states and it should be enforced in all 50 states. That’s the law and the Christie administration will support it.”

Christie has also made it clear that he’s not concerned about losing votes for his stance on marijuana. He believes that if marijuana is to be legalized at some point in the future, Congress will approve it. Long story short, if Christie takes the helm in January 2017, the legal recreational marijuana industry could disappear.

Bobby Jindal (R – La.)
Louisiana governor Bobby Jindal is an interesting case, as he’s made an effort to soften his stance on marijuana in recent months — but it still appears that his national stance remains decidedly against legalizing marijuana.

In late June, Jindal signed off on a medical marijuana bill passed in 1991 (seriously, you can’t make this stuff up) which finally (after 24 years) spells out how marijuana can be grown and distributed to eligible patients within Louisiana. The bill also reformed some of the penalties associated with marijuana possession, allowing first-time offenders to expunge their convictions if they go two years without being caught possessing marijuana again, and reducing a second-time marijuana possession offense from a felony to a misdemeanor.

To some extent this can be seen as progress within Louisiana for marijuana supporters, and it might represent Jindal’s attempt to align his views more closely with those of the slim majority of Americans who support marijuana’s legalization or decriminalization.

Then again, Jindal has been crystal clear that what’s good for his home state of Louisiana may not be good for the entire United States. According to The Washington Times, when speaking with radio talk show host Hugh Hewitt and asked whether he would enforce federal laws on legal marijuana stores, Jindal had this to say:

“I don’t think you can ignore federal law. Federal law is still the law of the land. It still needs to be enforced.”

This quote is roughly five months old, so it’s tough to believe that Jindal’s national views have changed over that time. He may not be as steadfastly against marijuana as Christie, but a Jindal presidency would most likely stop marijuana’s expansion in its tracks. 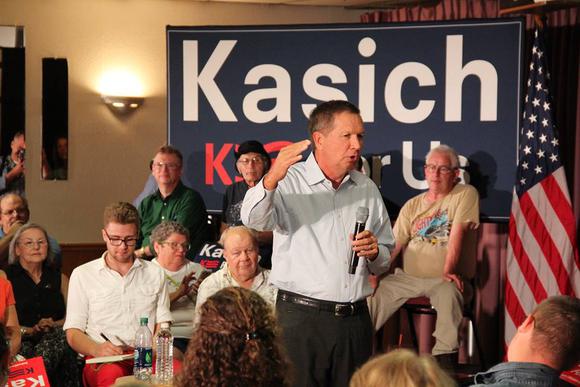 John Kasich (R – Oh.)
Lastly, presidential hopeful John Kasich, who made quite the name for himself during the first Republican presidential debate, appears to have come out firmly against legalizing marijuana on the federal level over the past week.

Following a two-day tour through Michigan, Kasich was clear in an interview with MLive.com. He called marijuana legalization a “terrible idea,” and expounded further:

“It sends mixed messages to younger people about drugs. I don’t think we should do that. We need to tell young people to stay off drugs”

MLive.com notes that Kasich isn’t oblivious to the fact that some drugs can be worse than others, but he still offered this opinion:

“So some drugs are OK but others aren’t? We’ve got kids. Why don’t we just say don’t do drugs, period.”

The interesting thing about Kasich’s message is that a proposal is coming to the ballot this fall that could legalize marijuana across the board in his home state of Ohio. Interested parties in Ohio collected nearly 15,000 more signatures than were required to get the initiative on the upcoming ballot.

Suffice it to say a Kasich presidency seems unlikely to see the federal legalization of marijuana.

To be clear, it may not matter who becomes president next — marijuana appears to have far too many hurdles at the moment to flip the switch to legalization. It’s probably going to be years before lawmakers feel comfortable enough with the scientific data on the drug to deem it safe or unsafe, and by then I have to question whether marijuana businesses in operation today will still be in business. This continues to be a situation best left untouched by investors, and watched closely by interested parties.

Source: 3 Presidential Candidates Who Are Strongly Against Legalizing Marijuana