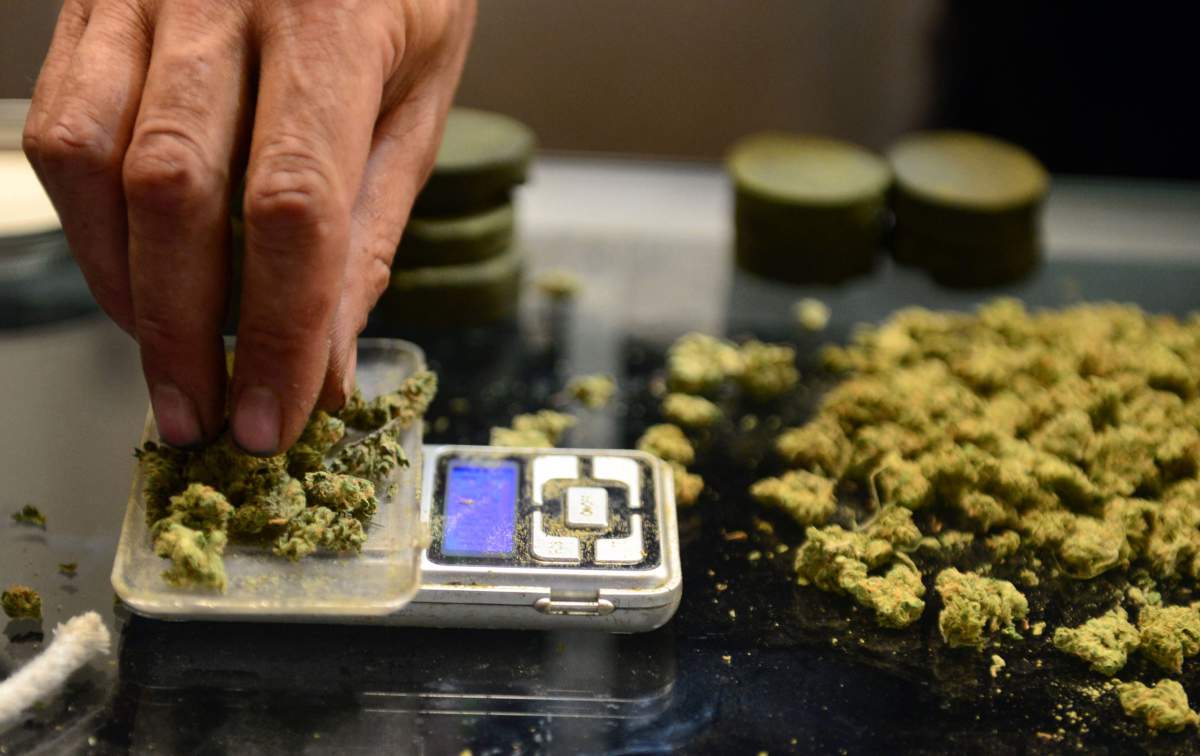 In this post from TIME, Katy Steinmetz reports that Nevada’s vote is set and advocates believe they can get pot legalization on the ballot in four other states too.

On Friday, Nevada lawmakers adjourned without voting on a petition submitted by residents to legalize marijuana and regulate it like alcohol. That means the initiative is going on the ballot in 2016, making Nevada the first state to officially be voting on pot legalization in the next election.

“Voters will have the opportunity to end marijuana prohibition next year and replace it with a policy that actually makes sense,” Mason Tvert, spokesman for the Marijuana Policy Project (MPP), said in a statement. “Law enforcement officials will be able to spend their time addressing more serious crimes, and adults will no longer be punished simply for using marijuana.”

If voters approve the initiative, Nevada will become the fifth state—after Colorado, Washington, Oregon and Alaska—to have a legal weed market. But chances are it won’t be the only state considering the option. Here are the four other states that marijuana law reformers are betting will have legalization votes on the ballot in 2016:

California: Groups like MPP and the Drug Policy Alliance are hard at work crafting the language for a ballot initiative in the Golden State. Issues like production limits and whether home-growing is allowed can divide voters and established medical marijuana businesses. For advocates, framing the initiative for success is particularly important given California’s influence as a regulatory laboratory.

“California was the first state to adopt a medical marijuana law and it inspired states around the country to adopt similar laws,” Tvert says. “It’s a state that carries a lot of weight nationwide. It’s a massive population center and it’s a very diverse state.” While California is packed with liberal politicians, the state also has conservative strongholds that have mobilized on ballot initiatives in the past. If an initiative passes there, advocates will trumpet it as evidence that legalization has wide bipartisan appeal.

Arizona: So far, legalization has taken root in Western liberal coastal states and libertarian mountain states. Conservative voters, which outnumber liberals in Arizona, are less likely to support recreational pot. But they are moving in that direction. A new poll from progressive firms SKDKnickerbocker and Benenson Strategy Group found that 61% of Americans support legalization nationwide, including 71% of Democrats and 48% of Republicans. In 2014, Gallup found that 51% of Americans support legalization, down from 58% the year before. “The federalism argument is starting to see traction,” says the Drug Policy Alliance’s Malik Burnett.

Young Republicans are driving the charge, with 6 in 10 of them siding with those who want to make weed legit. And young voters are more likely to turn out in a presidential election year like 2016. “That only bodes positive for the initiative,” Burnett says.

Maine: In 2012, Ron Paul won the majority of Republican delegates in Maine, a state next door to the one where Mitt Romney was governor. Which is to say: the libertarian vein runs deep. Voters in two Maine cities have also proved willing to legalize marijuana in largely symbolic votes in recent years. The state’s largest city, Portland, as well as South Portland, voted to make it legal for adults to possess a small amount of marijuana (though it remains illegal under state law and local law enforcement hasn’t changed their ways). The vote in Portland happened in 2013, making it the first city on the East Coast to pass such a measure.

The smaller city of Lewiston voted against a similar measure last year. But Tvert says that the most important result of the city-level campaigns is that people in the state are thinking about legalization and at least hearing the arguments from their side. “There’s been an ongoing public dialogue,” he says. “I’ve always believed that the more people learn about marijuana and the fact that it’s not as dangerous as they’ve been led to believe, the more likely they are to support treating it that way.”

Massachusetts: Voters in Massachusetts also have marijuana fresh in their minds. In 2012, residents voted to legalize medical marijuana, after decriminalizing the drug in 2008; both measures passed with over 60% of the vote. In 2014, more than a dozen districts in the state supported non-binding ballot measures indicating support for legalizing marijuana, and the state legislature has heard testimony on a legalization bill.

As a result, activists are concentrating their efforts in the Commonwealth. Organizations are preparing to spend money and mobilize signature-gatherers once they’ve settled on the ballot wording. It won’t be a cakewalk. Some state lawmakers have expressed skepticism that the people there are prepared to legalize recreational weed while their market for medical marijuana is still getting off the ground, despite the state’s liberal bent. “I’m not sure people in the state are ready for that and I’m certainly not sure I’m ready for that,” a Democratic lawmaker told the Boston Globe.

Legalization advocates, of course, are betting that they can convince a majority of people heading to the polls that the time is right. “In any state we’re up against 80 years of marijuana prohibition and efforts to demonize marijuana,” Tvert says. “Our goal remains the same and that’s to educate voters.”

via These Five States Could Legalize Marijuana in 2016 | TIME.