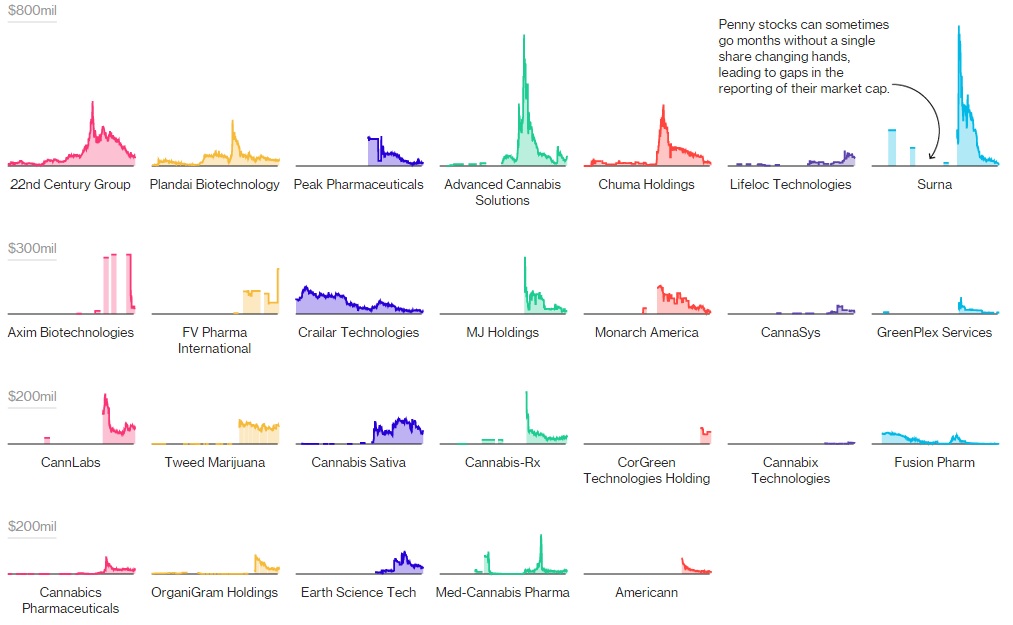 This post from Bloomberg Business analyzes 55 publicly traded companies that are betting their futures on the hope of a thriving market for products based on legal marijuana.

For These 55 Marijuana Companies, Every Day is 4/20

More than two years after Colorado and Washington became the first states to legalize recreational marijuana, a small but growing number of publicly traded companies are betting their futures on the hope of a thriving legal market for pot-based products. Bloomberg Intelligence identified 55 public companies whose business is based largely or completely on legal marijuana, and whose shares traded at $0.10 or more as of April 15th. These wildly fluctuating penny stocks aren’t for the faint of heart. 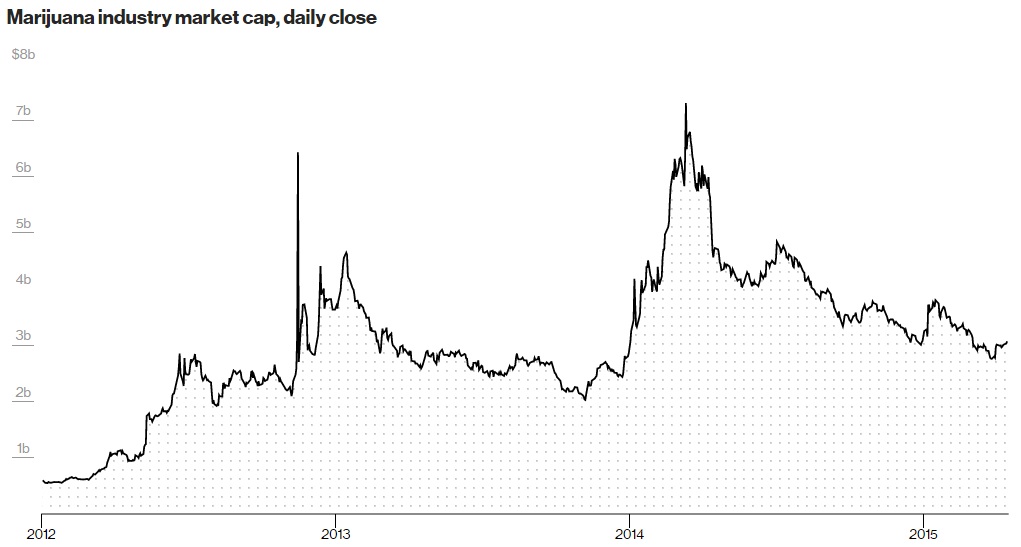 After surging briefly in 2014, many companies dependent on marijuana have sputtered as the industry hovers in a wait-and-see mode about pot’s legal fate. The Drug Enforcement Administration classifies marijuana as a Schedule 1 illegal drug, a category that also includes narcotics like heroin. The U.S. Justice Department under President Obama has largely refrained from enforcing current federal laws, allowing states to proceed with legalization measures. But a new president keen on enforcing federal drug laws could upend the industry.

The pot companies are an eclectic mix. Pharmaceutical businesses have been the most successful so far. Some produce medical marijuana; others are hedging by investing in hemp- or cannabis-based drugs to treat pain and fibrotic diseases. Marijuana growers make up the second largest segment. And two tech companies are developing breathalyzers for pot smokers. 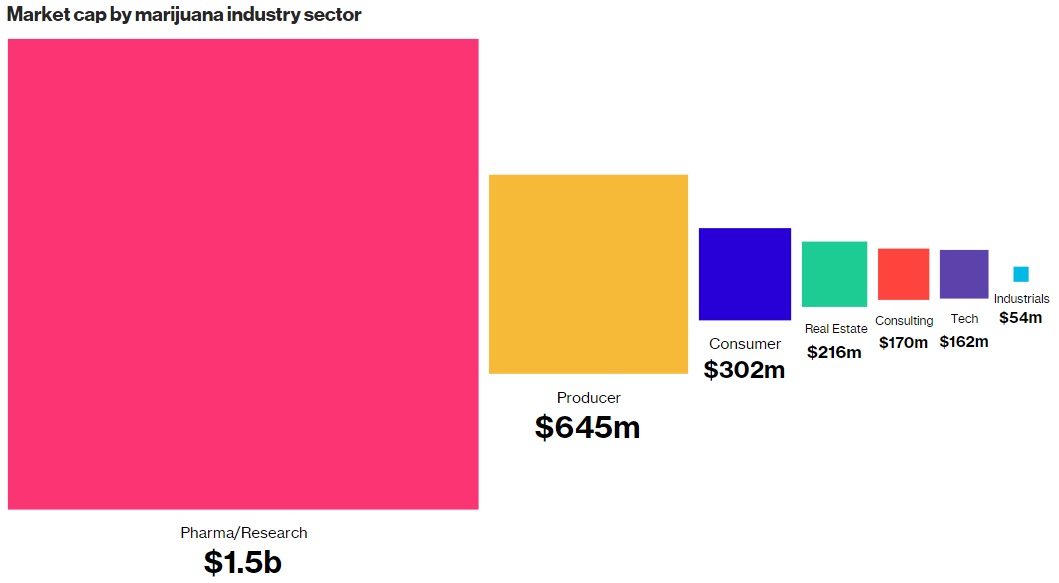 Many of these companies have experienced the pitfalls common to penny stocks: infrequent trading and wild swings in share price. Some of the businesses once had nothing to do with marijuana but changed their product lines to get in on the ground floor of a new industry.

The 55 companies have a combined market capitalization of just $3 billion. But there’s plenty of room for growth. Currently 24 states have legalized medical marijuana and voters in Washington, Colorado, Alaska, Oregon, and the District of Columbia have approved pot for recreational use. More may soon join them. In 2016, the question of legalizing marijuana medicinally or recreationally could be on the ballot in 12 states. 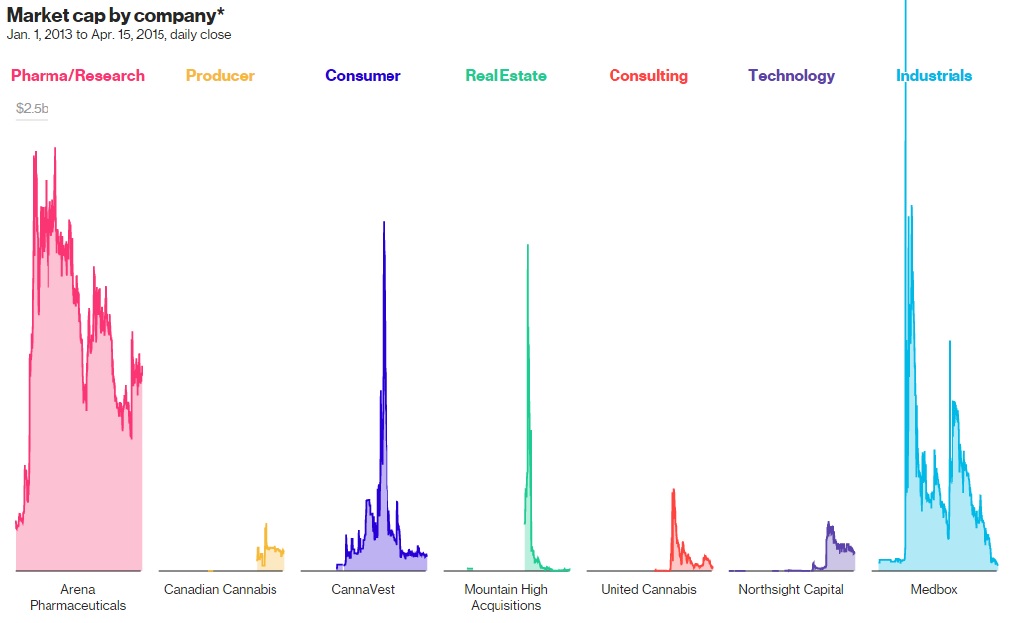 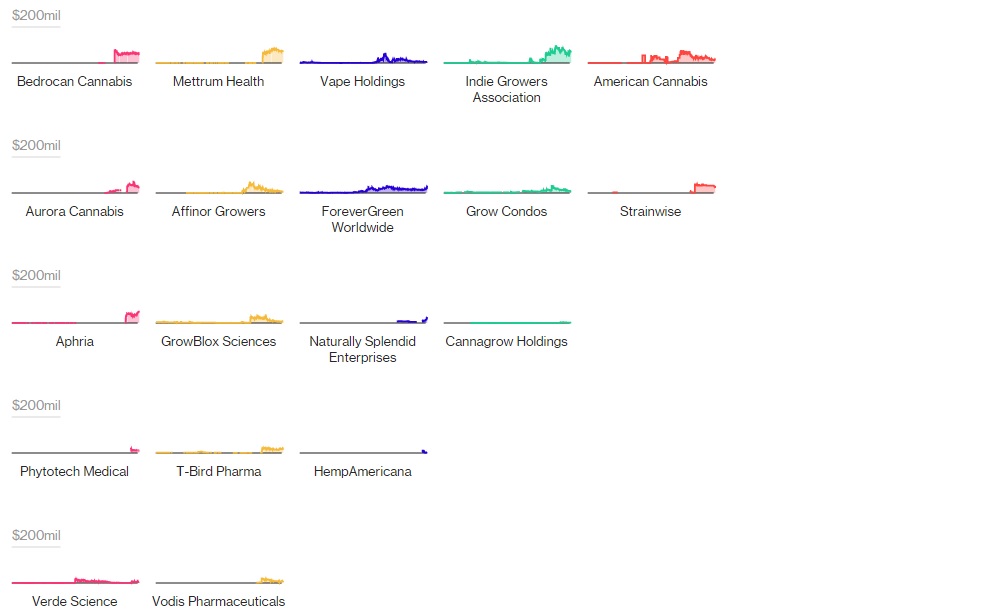