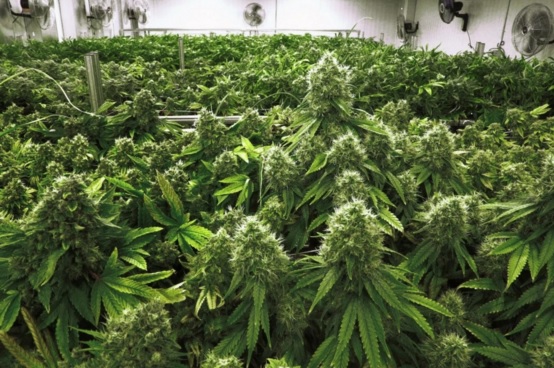 Americans’ support for marijuana legalization has been growing steadily in the last few years, with younger generations more supportive than older ones. This article from The Washington Post highlights the trends outlined by the survey and their implications.

A new survey released today by the the Associated Press and the University of Chicago finds that a record-high percentage of Americans — 61 percent — say they support marijuana legalization.

The survey uses the same question wording (“Do you think the use of marijuana should be made legal, or not?”) on marijuana as previous Gallup surveys, which had shown a previous high of 58 percent support for legalization last October.

“This is yet another demonstration of just how ready Americans are for the end of marijuana prohibition,” said Tom Angell of the Marijuana Majority, a marijuana reform group. “The growing level of support for legalization that we see in poll after poll is exactly why we’re now in a situation — for the first time in history — where every major presidential candidate in both parties has pledged to let states set their own marijuana laws without federal interference.”

There is a considerable age gap on the question. Eighty-two percent of 18-to-29 year olds support legalization, compared to only 44 percent of those aged 60+.

The survey comes at a potential tipping point for drug reform. Next month, the United Nations will hold a special session in New York to re-evaluate the state of international drug laws. Many researchers and public health experts have been encouraging the UN to take a less-punitive approach to drug policy. Yesterday, a group of medical and public health experts urged governments to decriminalize all drug use and experiment with regulated drug markets in some cases.

Here in the U.S. it’s likely that voters in a number of states, including California, Nevada, Arizona and Massachusetts, will consider whether to legalize recreational marijuana at the ballot box this fall. And Vermont’s legislature may opt to legalize marijuana before then.

Previous Gallup surveys have not delved into the limits on support for legalization in the same way, so it isn’t possible to compare those numbers with previous data.

But the survey is still likely to put some wind at the back of reformers hoping for victories on marijuana this year. And the growing levels of public support for legal marijuana — up from 44 percent at the start of the Obama administration — mean that the next president and Congress may face more pressure to make changes to marijuana law at the federal level.

Source: Support for marijuana legalization has hit an all-time high – The Washington Post