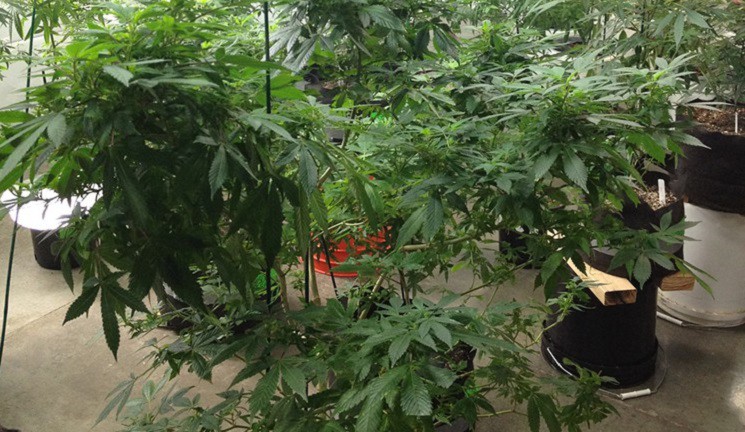 As of the end of July, more than 80,000 people in Arizona are qualified to legally possess, grow, or sell medical marijuana. This post from Phoenix New Times reports how the tally has seen a steady rise from the time the DHS began issuing registration cards in spring 2011.

Arizona has reached a marijuana-legalization milestone, with more than 80,000 people now qualified to legally possess, grow, or sell pot for medicinal purposes.

State voters passed the 2010 Medical Marijuana Act by a slim margin, resulting in about 90 dispensaries statewide and an ever-increasing number of patients, caregivers, and registered dispensary agents.

Here are the relevant stats from the Arizona Department of Health Services latest report, which includes totals as of the end of July:

The tallies have risen steadily since the DHS began issuing registration cards in spring 2011. Last year ended with about 65,000 patients. A glance at DHS reports from 2015 shows a steady rise of several thousand more qualified patients each month. There’s no sign the increase will level out.

“Because more dispensaries have opened up, an increase in patients was expected,” says Ryan Hurley, a local attorney who works with dispensaries. “Also the stigma and fear of being a cardholder gets reduced each passing day, particularly when you have mainstream media outlets, [including] CNN’s Sanjay Gupta, extolling the myriad benefits of MMJ. Because of all of this, I expect to see steady measured growth in the number patients over at least the next year or two.”

These numbers may not matter in November 2016 if voters pass an adult legalization measure expected to be on the ballot. At that point, Arizonans would be free to make their own choices about marijuana, rather than have conservative Arizona county attorneys Bill Montgomery or Sheila Polk choose for them.

Click here to see the latest report from the DHS, which includes stats on qualifying conditions, demographics of patients, and other interesting information.

The latest report also shows 595 patients who qualified because of post-traumatic stress disorder. The 2010 law allows Arizonans to qualify for various ailments and symptoms, including chronic pain (the leading reason for most of them), cancer, AIDS, and a range of other maladies, but not PTSD.

The law did, however, provide a way for people to petition the DHS to consider new qualifying ailments.

In December 2013, former DHS Director Will Humble declined to approve requests to add PTSD, noting that scientific evidence was lacking. He changed his mind in July 2014 following a decision by an administrative law judge that the condition should be approved for the program, and the DHS began issuing cards to PTSD sufferers. Last month, the Colorado Board of Health rejected putting PTSD qualification into that state’s medical-marijuana program, despite the fact that marijuana is legal there for all adults 21 and older.

Sue Sisley, the researcher profiled by New Times in our September 2014 cover story “Weeded Out: How the U of A Fired Pot Researcher Sue Sisley After a State Senator Complained,” had this to say about the fact that 595 PTSD sufferers were now using marijuana legally under Arizona state law. Here’s what she told us by email:

“I have seen many patients who have now received their card for PTSD since January 1.

The good news is I’m NOT hearing anyone report adverse events.
Which continues to prove that the toxicity of this plant is remarkably low.
For the most part. the PTSD patients who were previously completely naive to marijuana are either finding

“1) some relief, or they are experiencing, 2) no response.

“The patients who were already experienced users are reporting significant reduction in PTSD symptoms that have been heightened now that the constant paranoia around being arrested for possession is now gone. They no longer have to live in daily fear of prosecution. And they finally have safe/legal access to lab-tested marijuana which can make a huge difference. Suddenly they can identify a certain cannabinoid/terpene profile that works more effectively, and they can Monitor their response to various strains

However,  she says, “It’s very clear that none of these patients can really determine which strains are most optimal for treating their PTSD. That’s part of why we are so determined to get this PTSD research underway. We want to collect objective data on how this plant is performing in PTSD sufferers and if it’s helping, then which strains are best for PTSD, and equally crucial is which strains should be avoided.

“The only way to get objective data is through a randomized controlled trial, such as our FDA approved protocol, which is triple-blinded (with a placebo control) to eliminate human bias.”

A major study in which Sisley’s participating with the Multidisciplinary Association for Psychedelic Studies has been approved by the federal government, but is still waiting for marijuana from the National Institute on Drug Abuse.