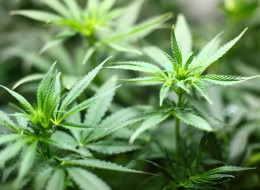 Big pharma corporations are perhaps waiting for the rescheduling and legalization of cannabis much more than you and me and they stand to gain a lot more too. This article from The Huffington Post discusses how big pharma-produced cannabis products are on their way to America’s billion dollar pharmaceutical market.

For those hoping that Big Pharma could still be blocked from the medical cannabis scene there is bad news: the deal is done. Look for the first naturally-derived, Big Pharma-produced cannabis product to be on the market by the first half of 2016, perhaps even sooner.

Epidiolex is a liquid formulation of pure, plant-derived cannabidiol (CBD) manufactured by the British company, G.W. Pharmaceuticals. It is currently on the FDA Fast Track and has entered its final Phase 3 study for pediatric epilepsy disorders such as Dravet’s and Lennox-Gastaut’s syndromes with results scheduled for the first quarter of 2016.

Barring an unlikely catastrophic finding, there are plenty of signs that Epidiolex will breeze through this final stage and will thus have cleared the FDA’s testing requirements. For any other drug the remaining details would be purely administrative but Epidiolex is derived from cannabis and that puts a few more hurdles in the way before marketing can begin. There are, however, plenty of signs that government officials are literally paving the way for this new player.

Among the most significant occurred on June 24, 2015. Before a packed hearing room, the U.S. Senate Caucus on International Narcotics Control, established in 1985 to “expand international cooperation against drug abuse and narcotics trafficking” took on the decidedly domestic issue of what to do about medical cannabis. The meeting was chaired by two unlikely medical cannabis proponents, Senators Charles Grassley (R-Iowa) and Dianne Feinstein (D-CA).

For long-time medical cannabis activists it was a surreal moment to watch these two veteran senators (with a cumulative total of 57 years in the Senate) bob-and-weave their way through unfamiliar territory. Normally these drug warriors would be proposing tougher penalties and increased enforcement. But on June 24th, and in a subsequent editorial in Time Magazine, Grassley and Feinstein supported “expanding compassionate access programs where possible, to benefit as many children as possible.

The hearings were eerily familiar for this medical cannabis pioneer. They immediately hearkened memories of another time when pressure on federal officials forced a “readjustment” of policy. It was 1980 and public interest in medical cannabis was being fueled by heart-wrenching stories from cancer patients undergoing chemotherapy. Their compelling stories of marijuana’s effectiveness in reducing or eliminating chemo-induced nausea and vomiting had led to the passage of state laws that recognized marijuana’s medical value and sought to establish state-wide programs of research using federal supplies of marijuana. There was a big problem, however. The federal government, which regularly grew a research supply of marijuana on a small plot at the University of Mississippi, didn’t have enough marijuana to supply the demand from these states.

In desperation federal officials turned to the synthetic version of the psychoactive ingredient in cannabis, delta-9 tetrahydrocannabinol (THC). The drug was developed in the late 1960s to facilitate animal research. It was not originally intended for human use although researchers did begin using it in humans in the 1970s and in 1980 it was all the government had to stem the demand for medical access to cannabis.

In May 1980, Rep. Stephen L. Neal (D-NC), a member of the Select Committee on Narcotics Abuse and Control, convened a Task Force on Therapeutic Uses of Marihuana and Schedule I Drugs.

The Task Force hearings lasted all day but it was the afternoon session that would bring the bombshell when representatives from the National Cancer Institute (NCI) announced that delta-9 THC would be released through the NCI’s Group C Treatment Program.

“Under Group C, a compound is considered to have documented medical efficacy for a specific indication and not be a research drug per se, although it remains investigational…We anticipate that this change would make THC available to practicing oncologists around the country….We would hope that at some time in the near future a pharmaceutical company would become interested in marketing this drug, but until that time, we feel a responsibility for providing this controversial, but useful substance, to relieve the suffering of cancer patients…” (Hearings, page 162)

It was an unparalleled moment. The federal government was agreeing to produce and distribute, via the NCI, the most psychoactive compound in cannabis. With the tacit blessing of the Congressional Task Force on Therapeutic Uses of Marihuana and Schedule I Drugs, delta-9 THC would be released to hundreds of NCI pharmacies throughout the country. Oncologists would be notified, patients would have access, and the public pressure to “do something” about medical marijuana would be assuaged.

The government would herald this action as the release of “the pot pill” and the American public, not yet sophisticated with respect to cannabinoid knowledge, would breathe a sigh of relief that relatives would no longer be forced to the black market for their chemotherapy anti-nausea drug.

The Neal hearings paved the way for Marinol and, similarly, the Grassley/Feinstein hearings will pave the way for Epidiolex. The scenarios are slightly different, of course. The involvement of GW Pharmaceuticals from the very beginning has been far more pleasing to the FDA and other federal agencies. There is no “Group C” for pediatric epilepsy patients but it is reported that more than 400 patients are already receiving the drug via expanded access INDs.

The question that haunts this senior observer of the medical cannabis movement is: what will the federal government do once Epidiolex is on the market? Will there be a “crackdown” on the growing and enthusiastic CBD market that is flourishing online? (“Legal” CBD is produced from hemp and contains less the 0.03% delta-9 THC.) As Epidiolex is scheduled in the Controlled Substances Act will authorities tighten the control of natural CBD? Consider that Marinol, a synthetic version of the most psychoactive ingredient in cannabis, is Schedule III while the plant itself is Schedule I. Such inconsistency has, of course, been codified and is rather benignly referred to as“differential” scheduling. But, like so many things in the nation’s drug policy, it strikes many as a little crazy. The craziness of the federal policy with respect to marijuana should not be underestimated, nor should it be assumed that the growing tide of legal cannabis states will automatically signal a reform in federal law.