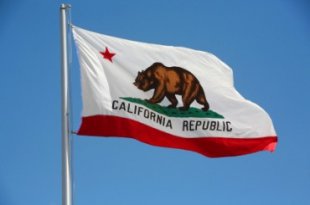 In this post from Alternet, Phillip Smith reports that an impressive coalition of reformers, advocates and industry leaders are working together on legalization initiatives in California and rejecting pot prohibition in California will have ramification far beyond the state’s borders.

On June 14, more than 200 people gathered at the Sebastopol Grange for a fundraiser and organizing meeting of  local pot growers, the Sonoma County Growers Association. They were being mentored by their northern neighbors from Humboldt, Mendocino, and Trinity counties, the Emerald Growers Association, which already has lobbyists in Sacramento and is in the middle of the effort to legalize weed in California next year. The Emerald Triangle is the largest marijuana growing area in the country’s largest marijuana producing state.

Two days later, more than a hundred people met in a conference room at the Oakland Marriot City Center to plot the intricacies of producing a statewide marijuana legalization initiative. For several hours, attendees—dispensary operators and employees, small growers, not-so-small growers, patients, consumers, interested citizens, even a nun—offered their input on a rapid-fire but seemingly endless array of issues related to legalization and how it should occur:

Who can grow it? How much? Where? Who can grow it commercially? Should there be tiered licensing to ensure small operators have a chance? Who can sell it? Can cities and counties opt out? Who should regulate it? How should it be taxed and how much? Where should the revenues go? Should there be amnesties or expungements of records? Should employees be protected from being fired for smoking on their own time? Should there be protections from child welfare services or family courts? Does impaired driving need to be addressed? What about medical marijuana? Should existing businesses get a priority?

The complexities of knitting together a legalization initiative that will satisfy the community’s already well-developed interest groups become apparent. But the process is nearing its end, and, it is hoped, a repeat of the movement infighting that accompanied 2010’s failed Prop 19 effort can be avoided.

The Bay area events are nothing unusual in California this year. Pot politics is in the air. There is a lot at stake for the existing medical marijuana system as the legislature tries again to agree on a statewide regulation scheme, but beyond that, there’s the whole issue of outright legalization, and that’s going to come to a head in the months leading up to November 2016.

That’s because Californians are extremely likely to have a chance to vote directly to approve legalization then and quite likely to do so. Polls this year are coming in with support for legalization above 50%, although not enough above for anyone to think it’s going to be a slam dunk. Four legalization initiatives are already at the state attorney general’s office awaiting circulating titles and summaries, while a fifth, and the one most likely to actually qualify for the ballot, is set to drop sometime this summer.

Four states and the District of Columbia have already beaten California in the race to Promised Land of legal weed (much to the chagrin of California activists), but if and when the state goes green, that could be the death knell for pot prohibition. In one fell swoop, 15% of the entire country will have legalized it–and that’s not even counting other states also likely to legalize it the same day, including Maine, Massachusetts, and Nevada. When the nation’s most populous state does something, the rest of us take notice.

Enforcing marijuana prohibition constitutes about half of all the resources–state, local, and federal–devoted to the war on drugs. When a state as large as California rejects pot prohibition, that begins to call into queston the entire drug war model, and the resources devoted to it. Legalizing in California will have ramification far beyond the state’s borders.

The initiative everyone is waiting on is from the California Coalition for Cannabis Policy Reform, the group that organized the Oakland meeting—and 13 others just like it among stakeholders in every corner of the state. The coalition, also known by its web address, ReformCA, is working with a number of state and national organizations to get a broadly-backed legalization initiative on the ballot.

ReformCA’s state supporters include California NORML, the California Cannabis Industry Association, the Emerald Growers Association, the Greater Los Angeles Collective Alliance, Oaksterdam University, and the state chapter of the NAACP. Its national allies include such deep-pocketed groups as the Drug Policy Alliance (DPA) and the Marijuana Policy Project, as well as Americans for Safe Access, Students for Sensible Drug Policy, Law Enforcement Against Prohibition, and the United Food & Commercial Workers.

“We’re definitely working in coalition with a lot of organizations, including criminal justice and public health organizations,” said Amanda Reiman, DPA’s manager for marijuana law and policy. “They agree that legalization is the right step; that we need to regulate it. There seems to be a fair amount of unity there.”

The ReformCA public forums were a deliberate way to “hear from the marijuana base,” said Reiman. “They have ideas, and those come back to the coalition, but that is only a small piece of the puzzle. We’ve also been meeting with people who don’t come at it from a consumer or industry perspective—medical, law enforcement, public health. They have an interest in this, too; we all have a vested interest in a sound regulatory structure.”

North Bay cannabis defense attorney Omar Figueroa has a hand in a couple of other initiatives that have already been filed, the California Craft Cannabis Initiative and the Marijuana Control, Legalization, and Revenue Act of 2016. Based in Sonoma County, just south of the Emerald Triangle, he’s attuned to the interests of small growers, and both initiatives reflect that.

Whether the initiative campaigns end up folding themselves into the ReformCA campaign remains to be seen.

“The craft cannabis initiative is there for discussion purposes; I’m releasing the meme into the wild,” said Figueroa. “But the other one actually has some funding behind it. It’ll probably end up unifying with what ReformCA comes up with—if it’s palatable.”

Figueroa has his druthers and he has his bottom line.

“I’d prefer that medical marijuana be untaxed or less taxed, and I’d prefer that regulation be done by a transparent elected body like a cannabis commission,” he said. “And it would be nice if existing growers got priority licensing or some sort of head start, but at a minimum would be recognizing appellations. California has world famous cannabis appellations. No one’s ever heard of Denver or Boulder bud; it doesn’t have that branding that Humboldt or Mendocino does.

But in the end, he’s looking for an initiative that is “create no new crimes and legalizes personal cultivation.”

ReformCA and the other initiative proponents aren’t even the only game in town when it comes to marijuana policy reform. Their efforts are going on parallel to the work of the Blue Ribbon Commission on Cannabis Policy, led by pro-legalization Lt. Gov. Gavin Newsom (D) and the ACLU of Northern California, which will issue a much-anticipated report on July 7.

While not explicitly pro-legalization itself, the commission was formed out of the expectation that legalization is coming and in an effort to and is identifying policy issues and solutions related to dealing with it. Its membership consists of policymakers, public health experts, and academics, and its report will include input from important groups not necessarily friendly to change, such as the California Police Chiefs Association.

Waiting for the commission report is one of two things slowing the completion of the ReformCA initiative, sound Dale Gieringer, longtime head of Cal NORML, as well as a spokesman for the coalition.

“The biggest one is whether the legislature will implement a comprehensive medical marijuana regulation system this year or not, and what it would look like,” he said. “But it looks like they will pass Assembly Bill 266, which is basically a multi-agency approach. I think we now have a good idea of where the legislature is headed and a solution to the problem of regulation.”

The other thing is the Blue Ribbon Commission report.

“I suspect we’ll see a draft shortly thereafter, but I can’t guarantee that. It may take another four to six weeks of working out,” Gieringer said. “Several drafts have been circulated, and we’re waiting for something from the Drug Policy Alliance, with the advice of a bunch of other people who’ve been consulted. But nothing has been finalized.”

The clock is ticking, but the only real hard deadline facing initiatives is, ironically enough, April 20. That’s when signatures have to be in if they want to make the 2016 ballot.

Still, the sooner the better. Initiatives need 585,000 valid voter signatures to qualify for the ballot, which means they better have a minimum of 800,000 or even more to account for the inevitable disqualified signatures. It also means initiatives don’t manage to get on the ballot without a paid signature-gathering campaign, and the less time they have, the more they have to pay. Budget $1 or $2 million just to get those signatures.

“We could file as late as November or December,” said Gieringer. “It just costs more. If we were ready now or even next month, that would give us maximum time to do everything, but it looks like it’s going to be a rush.”

Funding will appear, supporters said, but they are going to need a lot. The 2010 Prop 19 initiative campaign raised and spent $5 million for advertising and get-out-the-vote efforts, and that wasn’t enough. California is a huge and expensive series of media markets, and organizers are thinkng they will need to spend somewhere between $10 and $20 million to ensure victory.

The traditional deep pocketed sources of drug reform funding—the Drug Policy Alliance and its PACs, the Marijuana Policy Project and its PACs, the Peter Lewis estate—have not yet committed serious money, but they are watching with great interest.

DPA’s Reiman would say little about funding, except that “the money is out there, and we’re just going to have to see. Right now, we’re doing our due diligence.”

“I’m confident we can get the money, there are large pledges sitting on the sidelines ready to get in once signature collection starts,” Gieringer said. “And there are some promising leads, although the industry itself has been very disappointing. They’re quick to suggest things to make it more profitable, but not so quick to put up the money.”

One exception is Weedmaps, the dispensary-locater app. The Orange Count company announced in April that it had donated $1 million to a campaign committee called Californians for Sensible Reform, which will support what it thinks is the strongest legalization measure on the ballot. Weedmaps is also throwing another million bucks into a PAC of the same name that will spend it supporting weed-friendly candidates.

California is a large, complicated state. Even its marijuana movement is large and complicated, not to mention factoring in the interests of the much, much larger non-marijuana community. Whether all the moving parts can fit together in a measure that can win at the ballot box next year is an unanswered question, but Reiman sounds confident.

“Coming up with the details is where the difficulty is, and there’s always something to disagree about, but we’re coming at this with such strong support, we’ve got the Blue Ribbon Commission, that’s more academic and political weight behind this than ever before.”