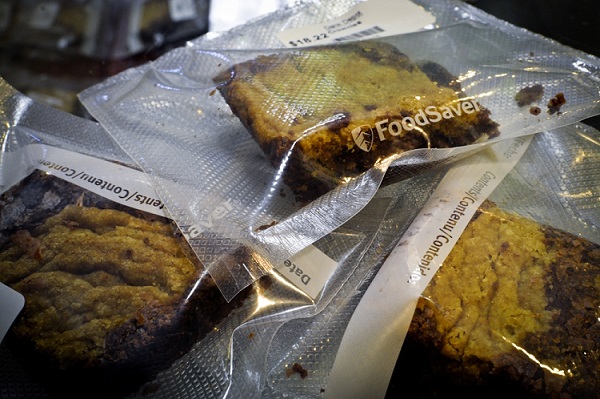 In this post from VICE, Sam Cooley reports that the upcoming ruling of a case in Canada’s Supreme Court might completely change Canada’s medical marijuana laws.

It’s not hyperbole to note that Canada’s current medical marijuana system is a confusing creature, even within the byzantine world of drug regulation. But in the next few months, Canada’s most powerful judges could “dismantle the regime” if a lawyer can successfully argue that a ban on marijuana derivatives, such as edibles like pot brownies, violates medical users’ constitutional rights.

Depending on the ruling in the first medical marijuana case to hit the Supreme Court, medical users and recreational consumers might one day be able to walk in to stores and buy medicinal pot products straight off the shelf, similar to plants like Echinacea or St. John’s Wort.

The hearing is over and the upcoming ruling—which is likely months away—could be perceived as a big win for critically ill patients caught up in the justice system for possessing weed extracts.

The decision may also be a victory for the average stoner as well.

The case in question involves a former BC weed baker named Owen Edward Smith who was called to Canada’s Supreme Court because the Crown wants to appeal his acquittal and convict him of being a drug dealer.

Back in 2009, he was charged with possessing a hefty amount of weed cookies and THC-containing cooking oils in an apartment in Victoria, BC.

At the time, he was the head baker of the Cannabis Buyer’s Club of Canada (now operating under the name Victoria Cannabis Buyers Club), an organization that sold edibles and oils to medical marijuana users. During the trial, it was revealed that only 5 to ten percent of CBCC members had medical authorizations for pot.

Canada’s drug laws are very clear as far as possession and trafficking goes. Subsection 4(1) and Schedule II of the Controlled Drugs and Substances Act (CDSA) spell out the illegality of ganja for the average Joe.

But 55(1) of the CDSA is a tricky clause that allows for exemptions to be made. Furthering this exemption is a foggy regulatory scheme—called the Marihuana for Medical Purposes Regulations—which allows people with illnesses to legally access pot.

But only dried bud.

Smith’s lawyer, Kirk Tousaw, argued that the exemption is arbitrary and opens up medical users to the heavy hand of the law if patients want to cook weed into a brownie rather than smoke a joint.

Tousaw argued it’s easy in Canada for medical pot users to be cast into criminal territory for their behaviour.

To judges, he described a clinically ill female patient who was used as a witness during the trial.

“As long as she keeps the strainer in the water and drinks the tea with the dried marijuana, she’s not breaking the law,” he said. “But the minute she takes the tea strainer out of the cup, she’s now holding and possessing THC, which is not lawful.”

Meanwhile Paul Riley, the Crown prosecutor, suggested that the case isn’t about drawing a line between dried pot and other forms of edible dope or hash oil.

He argued medical users claiming a non-existent exemption for extracts are just choosing an illegal form of medical marijuana over legally-available prescription drugs derived from pot, such as Marinol or Sativex.

He also pointed to the option for patients to vaporize weed instead of turning it into something else.

Canada’s government is not the authority that saw dried marijuana become part of the medical arsenal for patients in the first place—it was instead a court-ruled exemption. Riley pointed this out during the hearing and also urged the court to allow “judicial deference,” which is a term that means the court should step down and give leeway to the government.

Tousaw, however, saw the hearing as an opportunity to address ambiguities in the present medical marijuana situation.

“At some point the endless cycle of litigation on this issue needs to cease,” Tousaw told the high court, saying the issue has been ambiguous for at least 15 years.

He said there needs to be a clear line of what is criminal and what is non-criminal.

Riley bore the brunt of sharp comments from the judges during his time to speak and it was suggested to him to stop using “lawyer words” to describe the legal issues at bar.

Chief Justice Beverley McLachlin asked Riley during the hearing to “confine your points to things that really matter.”

VICE reached Tousaw by phone to ask how the hearing went.

Tousaw said he felt that the court was receptive to his arguments.

“You don’t want to read too much into the tenor of the [judges’] questioning,” he said. “But the Crown got the rougher end. We were in the happier position, because the other side has to convince to the court that the other [lower judges] got it wrong. It’s nice to be on that side of the fence.”

VICE asked about Tousaw’s proposition to the court to remove medical marijuana from the CDSA , which would automatically make medical marijuana—in all of its numerous forms—part of Canada’s Food and Drugs Act.

This would see it immediately classified as a “Natural Health Product.”

“The remedy will be the part, I think, where I probably asked for the most,” said Tousaw.

“You want us to dismantle the regime,” he told Tousaw.

“The real change would be the consumer end. Consumers and patients can grow and possess without fear of criminal sanction. It takes patients out of the justice system and leaves commercial (buyers) and sellers highly regulated,” he said.

Of course, you’d still need a doctor to perform the role of gatekeeper in order for patients to obtain weed. However, Tousaw told VICE that even physicians can create arbitrary rules to accessing medical pot, and added there is a legal precedent for the state to want to control or prohibit recreational marijuana.

He referenced a new policy being adopted by the BC College of Physicians that could see an age minimum of 25 placed on prescribing medical pot to ill patients, some of whom have neuropathic pain from ailments like cancer.

“Maybe doctors shouldn’t be the gatekeepers, maybe we need to make it naturopathic doctors; people who are familiar with herbs that understand the actual science and risk profiles,” he said.

via A Case in the Supreme Court Might Completely Change Canada’s Medical Marijuana Laws | VICE | Canada.