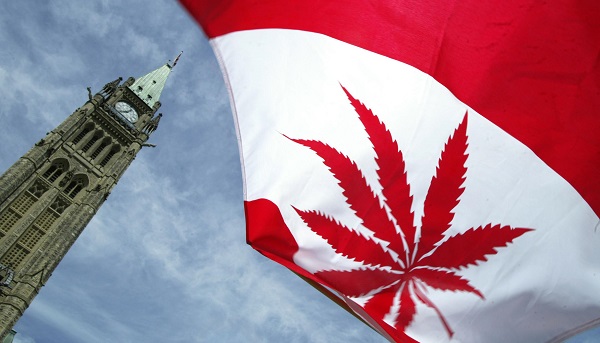 The Canadian government appears to be moving slowly on marijuana reform but Canadians simply can’t afford to wait. Is there an interim solution? This post from Sun News discusses a possible solution to the dilemma.

“We will legalize, regulate and restrict access to marijuana.”

This was one of Justin Trudeau’s campaign promises and a stance, as poll after poll confirms, that is widely supported by Canadians.

This promise was once again repeated in last week’s Speech from the Throne, entitled, interestingly enough, “Making real change happen.”

The government, however, appears to be moving slowly on this particular pledge.

During the campaign, Trudeau promised to create a federal/provincial/territorial task force and to consult widely with public health officials and law enforcement in designing a regime for regulating the production and sale of marijuana.

The government is concerned of course, with keeping marijuana out of the hands of minors. It is also, no doubt, concerned about marijuana being purchased and then diverted to criminal elements for illegal resale.

And all of this makes good sense.

The trouble is that decriminalizing marijuana is about more than simply allowing millions of Canadians legal access to their recreational substance of choice. It is about correcting severe injustices and ultimately, like so many other policy issues, about directing scarce resources to truly pressing problems.

To this day, individuals found with even the smallest amounts of marijuana face the prospect of arrest, detention and a permanent criminal record.

More importantly, with every charge laid and prosecuted, untold millions of dollars — in the form of police, prosecutors, courts and correctional systems — are wasted pursuing Canadians who are responsibly using a substance that the present government has promised to legalize.

And perhaps worst of all, the prohibition of marijuana enriches criminal gangs, creating twisted incentives for violence and thuggery.

There is however, an interim solution that the government can pursue while it takes time to consult widely and build a system of marijuana regulation from the ground up.

Imagine that Canada already had a roster of government-regulated and approved marijuana producers.

Their staff and management have undergone rigorous criminal background checks. Their facilities have been inspected to ensure meticulous quality control and to protect against illegal diversion.

In addition, these operations are already required to verify purchaser identity and to ship their products securely.

And best of all, these producers embody the spirit of the free market. As private enterprises (unlike, for example, the LCBO), they can compete with each other to keep standards high and prices low.

In truth, there’s no need to imagine this. It is already here.

In 2013, the Marijuana for Medical Purposes Regulations (MMPR) came into effect, creating a commercial industry responsible for producing and distributing medical marijuana.

If MMPR producers are currently trusted to grow marijuana securely, to ensure the highest standards of quality and to distribute it only to verified and licensed medical marijuana users, they can surely be relied upon to implement whatever screening and distribution protocols the government devises for recreational marijuana.

Marijuana reform is long overdue. In 1972, the Le Dain Commission recommended that Canada decriminalize the simple possession and cultivation of marijuana.

In fact, the Commission’s report went so far as to state that “the actual perception of harm of cannabis is now so different from that which the law would suggest, that any change in the law could only be recognized as a belated recognition of the facts.” That was 43 years ago.

It is time to end a legal regime that does nothing more than enrich criminals and fuels gang activity and senseless violence. It is time to unburden the overstrained justice system by ending the prosecution of otherwise law-abiding citizens for the offence of simple possession of marijuana.

After all, Canada has a healthy industry of pre-approved MMPR producers who have already proven that they can produce and distribute medical marijuana legally and responsibly. They should be given the chance to do the same for recreational marijuana.

Because when it comes to marijuana reform, Canadians simply cannot afford to wait.