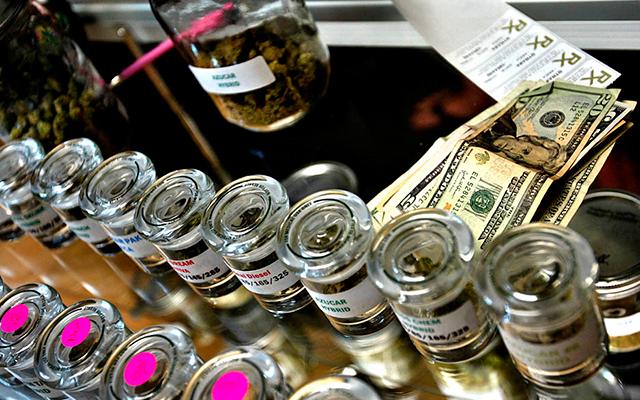 In this post from High Times, Mike Adams highlights how cannabis industry, the fastest growing business sector in the United States, is expected to give rise to a $13.4 billion marketplace by 2020.

The cannabis industry is the fastest growing business sector in the United States, according to a recent report by market researchers IBISWorld. As legalization becomes more prevalent across the nation, the business of growing and selling weed, for both medicinal and recreational purposes, is predicted to experience no less than an increase of 30 percent each year for the next five years—giving way to a $13.4 billion dollar marketplace by 2020.

These are some pretty impressive figures considering that cannabis remains illegal in the eyes of the federal government. Yet, with 23 states and the District of Columbia having established medical marijuana programs, as well as four states legalizing pot for recreational use, it appears the industry owes a large portion of its success to the cash-generating monstrosity of edible products.

As many as 110 million Americans over the age of 50 are expected to take advantage of legal weed before the end of 2015, with that number increasing by roughly 7 percent within the next five years. Analysts predict the older demographic will become a substantial customer base for the medical sector due to marijuana’s capacity for treating chronic illnesses. Unlike some of the younger generations, baby boomers have a tendency to prefer marijuana edibles rather than smoking—mostly due to the hardcore stigma surrounding this form of consumption during their coming of age.

By the end of 2015, marijuana sales are expected to reach $3.6 billion, which will provide respectable paying jobs for around 75,000 people. Earlier this month, HIGH TIMES reported that entry-level bud trimmers are currently earning as much as $15 per hour, while enjoying an earning potential somewhere between $50,000 to $90,000 per year. So, it stands to reason that the cannabis industry is poised to become one of the highest paying career options for non-college graduates in the nation.

Unfortunately, the latest research finds the biggest risk to the cannabis market, as a whole, stems from the federal government’s refusal to change its policy in regards to the legality of marijuana. According to analysts, this will not stop the increasing demand for a legal marketplace where over half the nation has already legalized the herb for either medicinal or recreational purposes.

“The next five years are expected to see the growth of large commercial cultivators, who will benefit from strong recreational demand across a number of states, including Alaska, Oregon and the District of Columbia,” Diment said.