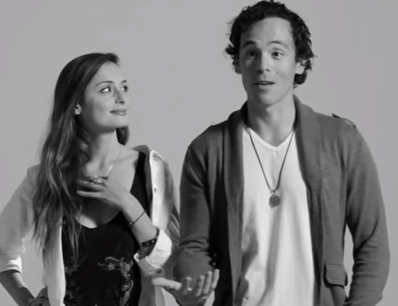 In this post from Reset.Me, April M. Short turns the spotlight on a video in which cannabis users speak openly about their smoking, vaporizing and edibles-ingesting —all on camera— to end the stigma attached to this healing herb.

In a video produced by Green Flower Media, cannabis users, from parents and grandparents to medical patients and successful young professionals, “come out” and speak openly about their smoking, vaporizing and edibles-ingesting — all on camera. Shot in black and white, the three and a half minute video is a testament to the changing tides that are sweeping the nation when it comes to the healing herb, which has been stigmatized by the Draconian drug war for decades.

As increasing evidence builds to show the medicinal potential and relative safety of cannabis, courage is building and its prohibition is crumbling. Almost half of the states in the U.S. have legalized cannabis for medical purposes, and four states also allow its recreational use amongst adults.

To learn more about why cannabis users are “coming out” and speaking up about their use, watch the video below and follow the #ComingOutGreen hashtag on Twitter:

via Watch: Cannabis Users ‘Coming Out Green’ To End Stigma Over The Herb – Reset.me.