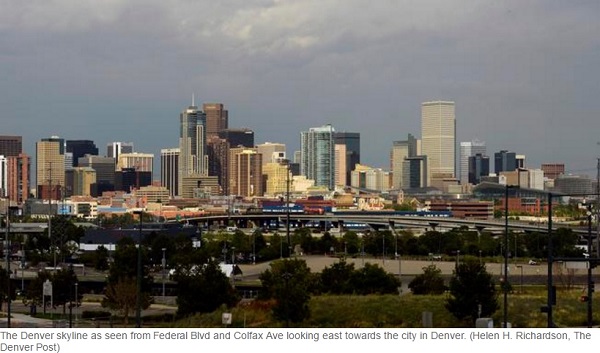 A survey commissioned by the Colorado Tourism Office shows a significant influence of legal marijuana on Colorado’s tourism. This post from The Cannabist highlights the impact of legal weed on Colorado tourism.

Marijuana businesses have long proclaimed that cannabis is drawing visitors to Colorado. Now they have proof.

A study commissioned by the Colorado Tourism Office and presented to the office’s board of directors on Wednesday shows legal weed as a growing motivator for trips to Colorado — conflicting with the mantra of tourism officials statewide that savvy marketing alone is responsible for record visitation and spending in the last two years.

While the state’s “Come to Life” ad campaign is certainly successful, surveys in October and November of potential summertime visitors who were exposed to the state’s tourism ads revealed that the marijuana laws influenced vacation decisions nearly 49 percent of the time.

“I think it is rearing its head as a significant travel and tourism amenity for visitors coming to Colorado,” said Al White, who retired as boss of the Colorado Tourism Office in August and now serves on the board of a cannabis tourism company.

But the survey’s director said the questions may not have captured the opinion of people who opted out of Colorado travel because of legal pot. And only 8 percent of the Colorado tourists who responded to the survey said they visited a marijuana dispensary.

“I think definitely the laws are having an influence when people are considering Colorado. We can see that it’s still not a large percentage in terms of what people are doing, but it’s become more of a motivator for those who want to do it,” said Denise Miller, director of tourism surveys for Strategic Marketing and Research Insights, or SMARI, as she presented the mid-year update to the tourism office’s board of directors. “It’s certainly having some influence, both, I think, positive and negative on that decision process.”

SMARI conducted 33-question surveys of 3,254 tourists from target markets of Chicago, Dallas, Houston, Indianapolis, Milwaukee, San Diego and St. Louis and other cities. About 10 percent of those surveyed had vacationed in Colorado between April and September.

The state tourism office has spent more than $5.3 million to run its “Come To Life” television, print, billboard and digital ads in these cities as well as nationally this summer. The campaign hit 11.1 million households, up from 9.4 million in 2014.

SMARI estimated the 2015 summer ad campaign spurred 2.1 million leisure trips, generating an economic impact of $2.6 billion. That means for every dollar the state invested in tourism promotion effort, it generated a $490 return, up from $344 in 2014.

Of the 8 percent who went pot shopping, 85 percent this year said marijuana was a primary motivator of their visit to Colorado, up from 29 percent last year.

Last year — the first year SMARI asked marijuana questions to potential Colorado vacationers — 65 percent of Colorado visitors did not consider legal weed in their vacation decision, with the remainder split between respondents saying they were “more likely to visit” and “less likely to visit” because of marijuana.

This year those results moved slightly, with 20 percent of potential Colorado vacationers saying the state’s marijuana laws made them more likely to book a vacation and 15 percent saying they were less likely. The remainder said it wasn’t an issue.

The question in SMARI’s summer survey asked: “How much did the legalization of marijuana usage influence your decision to visit Colorado?”

Ritter did not speak during the board discussion of marijuana Wednesday. But in November, when she was named to the post, she said it “seems to be that the tourism program today is essentially silent on the whole issue.”

In Telluride, where 80 percent of voters approved recreational weed in 2012, the new tourism tagline is “The Most Colorado Place on Earth.” It’s one of the few Colorado towns that doesn’t ignore pot as a guest amenity. One local dispensary delivers goods through its own app.

“We dabble but … we don’t want to fly the freak flag. I don’t want to put it under the rug, but I don’t want it to be the most important thing we do,” said Michael Martelon, the president of the Telluride Tourism Board, noting that taxes from weed in the town rarely top 3 percent of the town’s overall sales tax revenue.

When White announced 2014’s record visitation and spending in June this year, he was quick to not credit cannabis.

“This is because we are doing a good job in Colorado. Is marijuana beneficial?” said White in June of this year. “Marginally, yes I think it may be a decision influencer for some people coming.”

Marijuana is no longer in the margins of Colorado tourism. It’s taking a starring role.

Danny Schaefer let out a hoot when he heard the recent survey numbers. His My420Tours hosts 120 to 200 visitors a week and just inked a deal with a national hotel chain to host his clients, each getting a cannabis vaporizer to use in the room when they check-in. (He won’t name the chain yet. White is a member of his board.)

“This is absolutely validating,” said Schaefer, who has urged tourism leaders to celebrate marijuana before other states where the recreational sales are legal, like Oregon and Washington, steal the tourism thunder. He’s making plans to expand to Portland, Ore., where, he said, local tourism officials are welcoming him.

“The state of Colorado has had an amazing opportunity to embrace this industry,” he said. “It a complete advantage for Colorado to become the Napa Valley and Sonoma County of cannabis.”

Schaefer says that’s fine. But visitors need information. Why doesn’t the state help on that front, he wondered. Education doesn’t have to be advertising, he said.

“Shatter, wax, hash, dabs and transdermals. Our visitors, they have no idea what the modern industry has in the store for them and they are really lacking that education,” Schaefer said. “Consumption education is absolutely necessary. We have so many people saying we were looking for information on marijuana on Colorado.com or at a Visit Denver welcome center and they couldn’t find anything even mentioning marijuana. But they found hundreds of flyers and pamphlets on craft beer and liquor.”