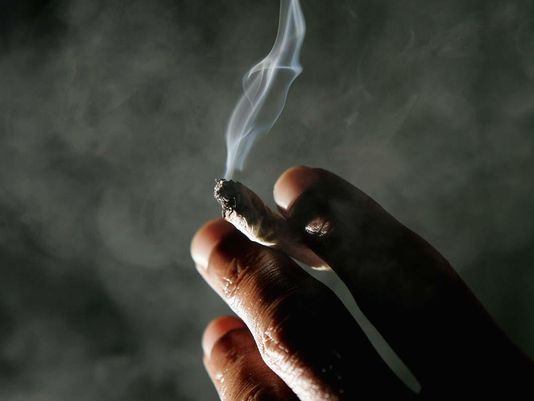 In this article from USA Today, Jonathan Starkey reports that the bill for decriminalizing marijuana possession was approved by Delaware House lawmakers, and now heads to the Senate.

Delaware House lawmakers on Tuesday approved legislation that would treat simple marijuana possession and personal use by adults like a traffic violation, replacing criminal penalties with civil fines.

The bill passed the House by a 24-14 vote, and now heads to the Senate. Gov. Jack Markell supports decriminalization. No House Republicans voted in favor of the legislation on Tuesday.

Some opponents said decriminalization would embolden drug dealers operating in a black market. Others say it could prevent police from initiating important searches on suspicion of simple marijuana possession.

That change to the legislation caused angst among the bill’s opponents and its supporters, who questioned why juveniles would be treated differently than adults when caught with pot.

“I do have concerns that what we are doing is taking our most vulnerable population … and treating them the most harshly,” Lisa Minutola, chief of legal services for the Delaware Public Defender’s office, said during testimony on the House floor.

The legislation would only impose $100 civil fines on adults found with up to an ounce of marijuana, or those found using the drug privately. Police could still confiscate the drug when imposing a civil penalty.

The changes, meant to counter opposition from law enforcement, did not appease Republicans. Rep. Rich Collins, R-Millsboro, said criminal penalties for marijuana possession can be helpful for young people.

“When you’re talking about young people with marijuana, we’re trying to help them,” Collins said. “This is not something that’s going to lead to a long, healthy, productive life. Are we doing young people a favor by taking away this disincentive for behavior that is destructive?”

“This product is unregulated,” Briggs King said. “And it leaves the public and the user at risk. If we think this is going to stop the war on drugs, or help, it won’t. Those dealers are going to sense the type of open market because they know unless they are caught in the transaction, nothing is going to happen. The notion no one gets hurt is very wrong.”