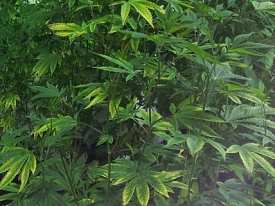 State legislators want the states to be able to decide the marijuana policies that work best for them without federal intrusion. This post from Reason.com reports the NCSL’s approval of a resolution that seeks an end to federal interference in marijuana legalization.

As the preamble notes, “the federal government cannot force a state to criminalize cultivating, possessing, or distributing marijuana or hemp—whether for medical, recreational, industrial or other uses—because doing so would constitute unconstitutional commandeering.” But under the Supreme Court’s highly elastic view of the power to regulate interstate commerce, the federal government can continue to enforce its own ban on marijuana and in the process make a lot of trouble for state-licensed cannabusinesses. So far the Justice Department has for the most part refrained from doing so, but that is purely a matter of discretion and can change at any time. Meanwhile, regardless of how the DOJ chooses to enforce the Controlled Substances Act, continued federal illegality prevents marijuana growers and retailers from accessing the banking system and from claiming business expenses on their tax returns.

The NCSL resolution endorses federalism, not marijuana legalization per se. The group “recognizes that its members have differing views on how to treat marijuana and hemp in their states and believes that states and localities should be able to set whatever marijuana and hemp policies work best to improve the public safety, health, and economic development of their communities.” So far 23 states and the District of Columbia have legalized marijuana for medical or recreational use

Something along the lines of the Respect State Marijuana Laws Act, reintroduced last April by Rep. Dana Rohrabacher (R-Calif.), should accomplish the legislative change the NCSL is seeking. That bill, which has not gained much traction, simply states that the federal ban on marijuana “shall not apply to any person acting in compliance with State laws relating to the production, possession, distribution, dispensation, administration, or delivery of marihuana.” In the meantime, the Justice Department cannot simply declare pot prohibition inoperative, but it could at least listen when Congress tells it to stop targeting people whose activities comply with state laws allowing medical use of marijuana.

“It’s time to end the federal prohibition of marijuana and let the states decide what policies work best for them,” says Karen O’Keefe, director of state policies at the Marijuana Policy Project. “A majority of Americans support making marijuana legal for adults, and even more think states should be able to establish their own marijuana laws without federal intrusion. This resolution is a strong indication that legislators throughout the nation are not just hearing from but listening to their constituents when it comes to marijuana policy.”