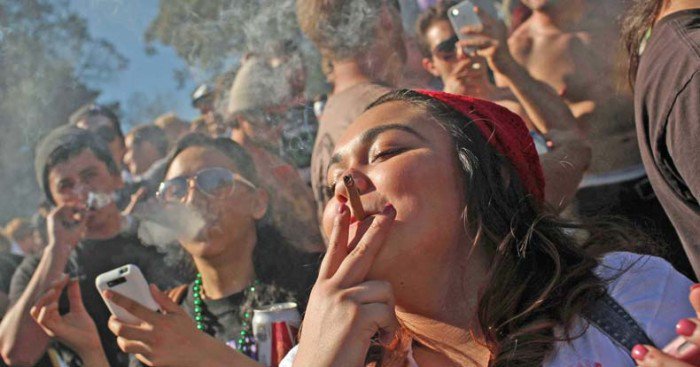 Two years after cannabis legalization, Colorado is witnessing the opposite of what prohibitionists said would happen: all drug-related charges have dropped significantly, and revenue is at a record high. This post from The Mind Unleashed discusses the positive impact of Colorado’s cannabis legalization.

First and foremost, thousands of people are not being thrown in a cage for possessing a plant. Charges for possession, cultivation and distribution have dropped more than 80%. Besides sparing people the stigma and financial burden of a cannabis arrest, cops and courts aren’t wasting taxpayer money going after pot smokers.

“It’s heartening to see that tens of thousands of otherwise law-abiding Coloradans have been spared the travesty of getting handcuffed or being charged for small amounts of marijuana,” said Art Way, Colorado State Director for the Drug Policy Alliance. “By focusing on public health rather than criminalization, Colorado is better positioned to address the potential harms of marijuana use, while diminishing many of the worst aspects of the war on drugs.”

There is another interesting statistic coming out of Colorado’s legalization of recreational cannabis. According to the Drug Policy Alliance (DPA), all drug-related charges have dropped by 23% on a judicial district level. It seems that ending pot prohibition can have positive effects in other areas of the war on drugs.

On the issue of tax revenue, Colorado has beaten expectations with a projected $125 million collected in 2015. This is almost three times what the state collected in 2014. Analysts attribute this to a variety of factors, including more dispensaries open, more tourists visiting those pot shops, and more people deciding to try cannabis.

“I attribute it to … more and more people … comfortable with the legalization of marijuana,” said Tyler Henson, president of the Colorado Cannabis Chamber of Commerce. “They don’t see it as something that’s bad for them.”

The revenue from cannabis tax is used for a variety of purposes, such as improving local public schools, behavioral health programs and youth prevention. For example, the Tony Grampsas Youth Development program, which “provides necessary services to youth at risk likely to be disproportionately targeted by punitive prohibition policies,” will receive $23 million in the 2015/2016 fiscal year.

The overarching message here is that Colorado has embraced a public health approach to cannabis, instead of making pot users into fodder for the criminal justice system. By accepting the reality of cannabis, including its medical benefits, states can be laboratories for research and the development of humane policies.

The Free Thought Project has documented several other good things about Colorado’s cannabis legalization.  Cannabis businesses have donated large sums of money to clean up highways, teen cannabis use has declined, prescription drug use is down, and deaths from opiate painkillers have declined dramatically. Highway car accident deaths are at their lowest ever, and even violent crime has significantly decreased. It is more difficult to attribute these last two to legalization, but the trends are nonetheless there.

The best way to validate these statistics is for more states to free their citizens from the shackles of prohibition.