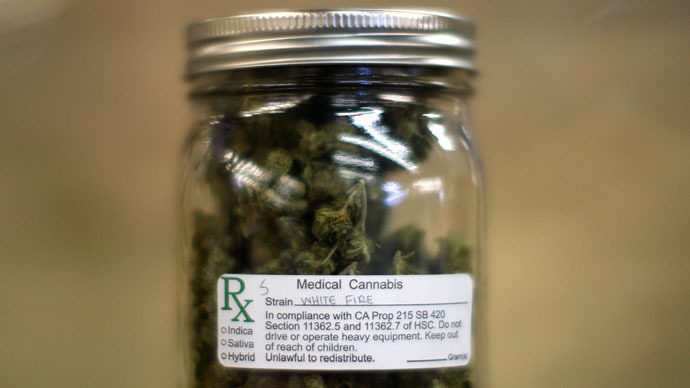 This post from RT reports how The National Institute on Drug Abuse has officially admitted that marijuana extracts can kill cancer cells.

The National Institute on Drug Abuse, a US federal government research institute whose mission includes “bringing the power of science to bear on drug abuse and addiction,” has officially admitted that marijuana extracts can kill cancer cells.

The institute has revised a page on its website entitled “DrugFacts: Is Marijuana Medicine?” citing a recent study conducted by a group of scientists at St. George’s University, London.

“Recent animal studies have shown that marijuana extracts may help kill certain cancer cells and reduce the size of others,” the NIDA report stated, adding that evidence from “one cell culture study suggests that purified extracts from whole-plant marijuana can slow the growth of cancer cells from one of the most serious types of brain tumors.”

“The benefits of the cannabis plant elements were known before but the drastic reduction of brain cancers if used with irradiation is something new and may well prove promising for patients who are in gravely serious situations with such cancers in the future,” Dr Wai Liu, Senior Research Fellow and lead researcher on the project, said.

Twenty-three US states have so far legalized marijuana in some capacity, while an additional 12 have legalized limited medical use of non-psychoactive cannabis extracts. Four states and the District of Columbia have legalized recreational marijuana. The federal government still bans marijuana use, however.

In December when Congress passed a historic medical marijuana amendment as part of the federal spending bill, the move marked the first time in history that Congress approved legislation rolling back the federal government’s war on medical marijuana patients and providers. The bill features an amendment that prohibits the Department of Justice (which includes the Drug Enforcement Administration) from using funds to interfere with state medical marijuana laws.

Earlier this week the Justice Department (DOJ) released a statement that while it will not stop states that allow medical marijuana from carrying out their programs, it will still go after marijuana users, however.

“Consistent with the Department’s stated enforcement priorities, we don’t expect that the amendment will impact our ability to prosecute private individuals or private entities who are violating the Controlled Substances Act,” Department spokesman Patrick Rodenbush said in a statement, the Los Angeles Times reported.

Policy manager at the Drug Policy Alliance, Malik Burnett, told VICE News that NIDA’s recent admission about the efficacy of medical marijuana, coupled with the US Department of Justice’s vow to continue cracking down on the drug, is akin to a “major hypocrisy” by the government.

“These are all just parts of the major hypocrisy within the federal government when it comes to the issue of marijuana.”