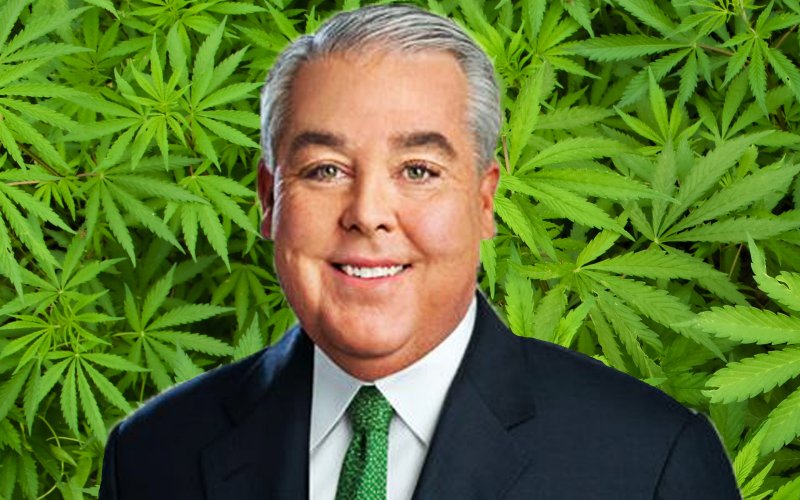 In this post from The Daily Beast, Betsy Woodruff reports that Hillary Clinton, who heads to the Sunshine State this week, could get some shade from one of the state’s most prominent donors because of her views on marijuana.

That’s because she’s stopping by the home of John Morgan, a powerful trial lawyer who’s one of the state’s most influential Democratic donors.

Morgan’s sizable bank account and extraordinary candor have made him one of the Sunshine State’s most powerful politicos—and one of its most formidable. Democratic candidates line up to kiss his ring, and Democratic presidents swing by his house when they’re in town.

And, unlike gaffe-shy political candidates, Morgan seems to have zero qualms when it comes to speaking his mind.

Hillary is incredibly wishy-washy on one of Morgan’s biggest issues: medical marijuana legalization.

His younger brother, who is paralyzed from the neck down, uses marijuana every day to manage the pain his condition causes. Morgan invested substantial money in a 2014 effort to amend the state constitution to allow it, and that push came just short of passing.

Morgan says a similar effort will be on the ballot in 2016.

Clinton’s stance on medical marijuana is about as obtuse as Morgan’s is clear. The former secretary of state has indicated that she’s comfortable with the Obama administration’s hands-off stance to Washington state and Colorado’s legalization of marijuana, but she’s also telegraphed some Reaganesque views on the drug war.

“I think the feds should be attuned to the way marijuana is still used as a gateway drug and how the drug cartels from Latin America use marijuana to get footholds in states,” she told KPCC radio last July.

“I do worry about some of her previous statements that she’s made, particularly that it’s a gateway drug,” he told The Daily Beast. “It makes me feel like she doesn’t see the value and the benefits of it.”

And Ben Pollara, who worked with Morgan to push for looser marijuana laws in Florida, said her use of the term is a little fuddy-duddy.

“I think that phrase is certainly anachronistic and something that’s been refuted over the years,” he said. “It’s a phrase that you really don’t hear that much these days from anybody but the hardcore anti-drug folks.”

Morgan told me that he hopes to push Clinton on her stance when she comes by his house.

“I would hope that she’s on my side of that issue, but I do not know that answer,” he said. “I’m going to find out, though.”

“I hope that along this journey that I will help her evolve in her thinking,” he added.

And Morgan hasn’t been shy about making life tough for Democrats who back medical marijuana prohibition. DNC Chairwoman Debbie Wasserman Schultz, a Florida congresswoman, has drawn pointed criticism for her pro-prohibition stance.

“I know personally the most-powerful players in Washington DC,” Morgan told the Miami Herald after she came down on the wrong side of the issue. “And I can tell you that Debbie Wasserman Schultz isn’t just disliked. She’s despised.”

Politico reported that she offered to change her stance on the issue if Morgan would just take back those harsh words. Her extended olive branch didn’t impress Morgan.

“No,” he said, per emails leaked to the Beltway paper. “She is a bully. I beat bullies up for a living.”

“Wasserman Schultz’s office pointed out that she disputes Politico’s reporting on that story and that she told the Sun Sentinel she did not offer to change her stance on the issue.”
But Morgan’s critics argue that he’s been the worst enemy of his cause. Last September, Morgan gave a four-letter-word-laced talk to raucous college students, encouraging them to vote for the amendment.

“If you motherfuckers don’t get up and vote, fuck it all, we can’t win, I’m telling you,” he told the crowd, to boisterous cheers.

“I think that John Morgan unfortunately let his ego get in the way of doing something that was potentially good policy for the state of Florida,” he said. “He put himself out there too much and made it more about him and less about the people he was trying to help.”

Morgan has no apologies.

“The people who are aghast about me raising hell in a country-western bar are a bunch of tightasses that I don’t give a shit about at all,” he said in his slow Kentucky drawl. “The people that see that video and are upset are the people that don’t know the difference between marijuana and heroin.”

He added that his language has become a slight point of contention in his home.

“I use the word ‘motherfucker’ every single day of my life,” he said. “My wife says I can’t anymore because I’ve got a grandchild now, she doesn’t want me cussing around the grandchild. But unfortunately I am profane. But I don’t fucking apologize for it.”

And he probably doesn’t need to. The attorney’s salty language hasn’t limited his influence. He counts Virginia Governor Terry McAuliffe as a close friend (“When Terry comes to town we cook out and smoke cigars and drink red wine,” he said), and Obama came to his house for fundraisers during both of his presidential campaigns. He’s spent time with both Clintons, more with Bill than Hillary, and potential Democratic candidates in Florida queue up to win his imprimatur.

“He is one of the few really significant, six-figure, seven-figure Democratic donors that’s the go-to for their state folks,” said Rick Wilson, a Florida Republican consultant, saying the state party needs support.

“They’re always looking for somebody to keep the lights on at their little tar-paper shack headquarters with their four teenage interns running their Twitter account,” he added.

Democrats concur—at least as far as his influence on candidates.

“He’s the go-to guy in our state,” said Charlie Crist, who ran against Republican Governor Rick Scott in his 2014 reelection bid (and lost to him), and now works for Morgan’s law firm. “That’s why I think Secretary Clinton’s going to his house next week.”

“It’s always great to be in his presence,” Crist added. “Always.”

Crist said he wouldn’t miss the Morgan/Clinton fundraiser for the world.

One person who won’t be there: Jeb Bush.

Morgan said he inadvertently included Bush on an email blast he sent out inviting Floridians to Friday’s event. Bush emailed him back saying, “I’m sorry, I will not be able to make it :)” (Bush’s team didn’t confirm that he sent the emoticon-dotted note).

Morgan’s wife, a Republican, is also a big Jeb fan. And he said she’s been talking with Bush World about setting up a fundraiser for the candidate.

“She and Jeb have been communicating,” he said. “She has talked to Jeb about it, and yeah, that would be something.”

If that fundraiser goes through, then Morgan might be the only person to welcome both the Democratic and the Republican 2016 frontrunners into his home.

Two Republicans who will decidedly not be welcome: Scott Walker and Carly Fiorina.

“Walker would be the first president with a GED,” Morgan said, alluding to the fact that the Wisconsin governor doesn’t have a college degree. “We just cannot have a dumb shit as president. Total dumb shit.”

Morgan also said that Fiorina “is like Cruella de Vil running for president.”

Morgan will likely be up to the challenge.

via This Lawyer Wants Hillary to Loosen Up on Pot – The Daily Beast.