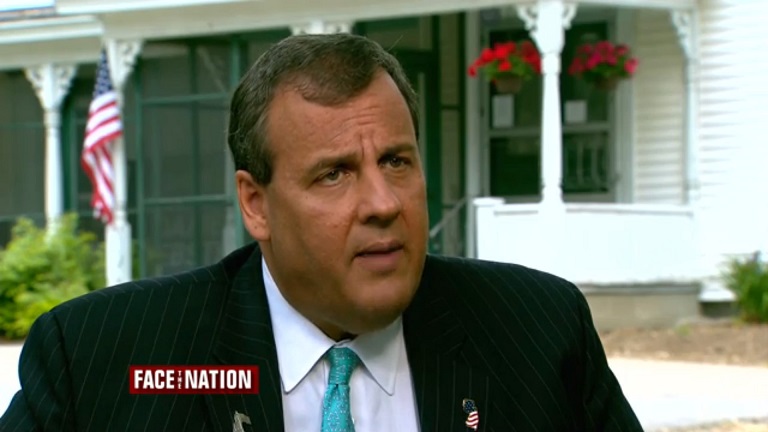 In this post from Forbes, Jacob Sullum reports that two Republican candidates agree with Chris Christie that the federal government should not tolerate marijuana legalization and five agree with Carly Fiorina that it should, plus three whose positions on that question remain unclear.

This week New Jersey Gov. Chris Christie reiterated his intention to crack down on marijuana in states that have legalized it if he is elected president. In an interview on Face the Nation last Sunday, Christie answered “yes” when asked whether he would “return the federal prosecutions in these states,” “yes” when asked if he would “go after” marijuana, and “correct” when asked if legalization would be “turned off.”

If he were president, Christie could make a lot of trouble for state-licensed growers and retailers, but he would not actually have the power to make Colorado, Washington, Alaska, and Oregon recriminalize marijuana. Furthermore, any attempt to override the decisions made by voters in those states would arouse strong objections—and not just from supporters of legalization. Illustrating that point, another Republican presidential contender, former Hewlett-Packard CEO Carly Fiorina, disagreed with Christie. “Colorado voters made a choice,” she said in a Fox News interview on Tuesday. “I don’t support their choice, but I do support their right to make that choice.”

As I noted in March, that stance is pretty common among Republicans seeking their party’s presidential nomination, and it seems politically smart, since even voters who hate marijuana do not necessarily think the federal government should force prohibition on states that do not want it. A recent Pew Research Center survey found that three-fifths of Americans think the feds should not “enforce federal marijuana laws” in states that have legalized pot. Even more striking: A 2012 CBS News survey found that 65 percent of Republicans thought “laws regarding whether the use of marijuana is legal or not should be…left to each individual state government to decide,” even though only 27 percent supported Colorado-style legalization.

Christie is not alone in saying states should be compelled to toe the prohibitionist line. At least two Republican presidential candidates seem to share that view:

Marco Rubio. “If you’re the president,” talk radio host Hugh Hewitt asked the Florida senator in an April 14 interview, “will you enforce the federal drug laws and shut down the marijuana trade?” Rubio’s response: “Yes. Yes, I think, well, I think we need to enforce our federal laws. Now do states have a right to do what they want? They don’t agree with it, but they have their rights. But they don’t have a right to write federal policy as well.” Although Rubio’s position is more equivocal than Christie’s statement that he would “crack down and not permit” legalization, it does not sound like he is willing to tolerate state-approved cannabusinesses.

Lindsey Graham. In a 2010 letter to a constituent, the South Carolina senator said he does not think complying with state law should protect medical marijuana suppliers from federal prosecution. “I do not support this policy,” Graham said, “as I feel it is tantamount to federal legalization of medical marijuana and creates an inconsistent federal enforcement policy between states.” Presumably he would take the same position with respect to recreational marijuana. “If marijuana is half as bad as alcohol,” Graham said in 2010, “that’s probably good enough reason to keep it illegal.”

These Republican presidential candidates, by contrast, agree with Fiorina:

Rand Paul. For at least a decade and a half, Paul has been saying that drug policy should be denationalized to the greatest extent possible. “States should be allowed to make a lot of these decisions,” the Kentucky senator told CNN’s Jonathan Karl in 2012. “I want things to be decided more at a local basis, with more compassion. I think it would make us as Republicans different.”

Rick Perry. In his 2010 book Fed Up!: Our Fight to Save America From Washington, Perry criticizes Gonzales v. Raich, the 2005 decision in which the Supreme Court said the power to regulate interstate commerce includes the authority to enforce marijuana prohibition against patients and providers in states that have legalized the plant for medical use. “Californians clearly want some level of legalized marijuana, be it for medicinal use or otherwise,” Perry writes. “The federal government is telling them they cannot. But states are not bound to enforce federal law and the federal government cannot commandeer state resources and require them to enforce it.” The former Texas governor reiterated that point during a panel discussion at last year’s World Economic Forum. “I am a staunch promoter of the 10th Amendment,” Perry said, explaining that marijuana regulation is one of the powers that the Constitution reserves to the states.

Ted Cruz. “I actually think this is a great embodiment of what Supreme Court Justice Louis Brandeis called ‘the laboratories of democracy,’” the Texas senator said at the Conservative Political Action Conference (CPAC) in February, referring to marijuana legalization in Colorado. “If the citizens of Colorado decide they want to go down that road, that’s their prerogative. I personally don’t agree with it, but that’s their right.”

Jeb Bush. “I thought [legalization] was a bad idea,” the former Florida governor said at CPAC, “but states ought to have the right to do it.”

George Pataki. “I’m a great believer in the 10th Amendment,” the former New York governor told Hugh Hewitt in April. “So I would be very strongly inclined to change the federal law to give states, when they’ve had a referenda [sic], the opportunity with respect to marijuana to decriminalize it.” But Pataki’s respect for the 10th Amendment is conditional. Permission to legalize could be revoked, he said, if there is “spillover to adjacent states” or an “increase in dependency.” If legalization results in “much higher dependency costs that the federal government has to pay for,” he said, “then I think the federal government has the right to say you can’t do that.”

Among the other Republican contenders, Wisconsin Gov. Scott Walker, former Arkansas Gov. Mike Huckabee, and retired neurosurgeon Ben Carson all have spoken disapprovingly of legalization but have not, as far as I know, taken a position on how the federal government should treat states that reject prohibition. Of the three, Walker seems the most inclined to let states go their own way. After conferring with Colorado Gov. John Hickenlooper last year, Walker said it was too early to judge the consequences of legalization but added that “it may be something that resonates in the future.”

By my count, that’s two Republican candidates who agree with Chris Christie that the federal government should not tolerate marijuana legalization and five who agree with Carly Fiorina that it should, plus three whose positions on that question remain unclear. Marijuana federalism is also popular among the candidates seeking the Democratic presidential nomination:

Hillary Clinton. “On recreational [marijuana],” the former secretary of state and presumptive nominee said during a CNN town hall in June 2014, “states are the laboratories of democracy. We have at least two states that are experimenting with that right now. I want to wait and see what the evidence is.”

Bernie Sanders. The ex-hippie, a self-identified socialist who admits trying pot a couple of times but says he did not like it, sounds a lot like the decidedly more centrist Clinton, who says she has never smoked pot and a few years ago argued that drugs can’t be legalized because “there is too much money” to be made by selling them. “Colorado has led the effort toward legalizing marijuana,” Sanders said on Reddit last month, “and I’m going to watch very closely to see the pluses and minuses of what they have done.”

Martin O’Malley. As Marijuana Majority’s Tom Angell points out, the former Maryland governor came around on medical marijuana and decriminalization of possession but remains leery of full legalization, although he does not favor trying to stop states from going that route. “For Colorado,” he said on CNN last year, “perhaps that’s a good choice, and perhaps there’s things we can learn from their experiment as a laboratory in democracy.” On Reddit last November, O’Malley said, “I believe it’s best for Maryland to learn from experiments underway in Colorado and Washington and to be guided according to whether more good than harm is done.”

Lincoln Chafee. In 2012 the Rhode Island governor—who was a Republican when he served in the U.S. Senate from 1999 to 2007, became an independent in 2007, and officially converted to the Democratic Party in 2013—signed a bill that made possessing less than an ounce of marijuana, previously a misdemeanor punishable by up to a year in jail, a civil offense punishable by a $150 fine. Chafee sounds cautiously open to going further. “Let’s take it step by step on full legalization of marijuana,” he said on HuffPost Live last year.”We want to see how it’s working in Colorado.” He noted that “the revenue is enticing for all governors” and mused about using money from marijuana taxes to repair roads—or ”pot for potholes,” as he put it. 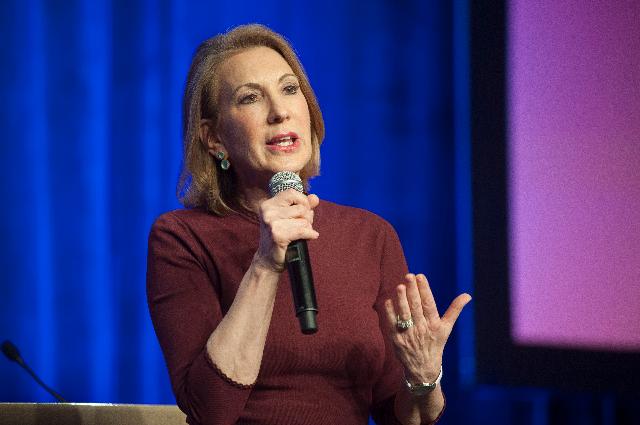 In short, Chris Christie’s determination to stamp out marijuana legalization puts him in the minority among presidential candidates, among Republicans, and among the general public. “I don’t believe that people want to be told just what they want to hear,” he said on Face the Nation. “I believe they want to be told the truth as the person who is running sees it.” There’s a startling proposition: In 2015, it seems, promising to keep marijuana illegal counts as courage.

[This article has been updated with information about Lincoln Chafee.]

via On Marijuana Legalization, Most Presidential Candidates Agree With Fiorina, Not Christie – Forbes.