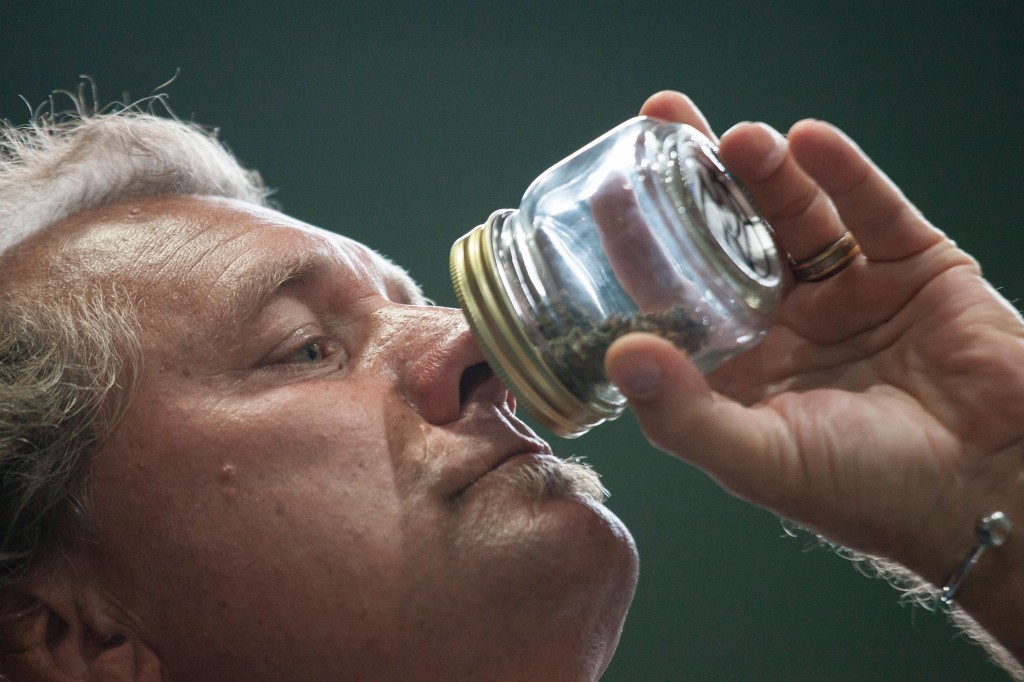 In what could be a gigantic coup for marijuana legalization advocates, it appears Ohio might be the first non-western U.S. state to ‘go green’. This is huge news for a couple of reasons — first, Ohio would be the first and only state in the Midwest to give marijuana legalization a shot. In a traditionally more-conservative part of the country, this could be a very good sign.

Secondly, Ohio is a state of huge strategic importance. It’s considered to be one of, if not the biggest ‘swing state’ in the nation, and if legalization is actually given the go-ahead, it might just be the tipping-point for the legalization effort nationwide, and force political leaders from both sides of the aisle to finally take a firm stance on the issue.

Voters will decide this November, as the Ohio Marijuana Legalization Initiative heads to the ballot.

Obviously, the people of Ohio have reason to be excited. After all, marijuana legalization was unthinkable just a few years back, but now that four states have voter-backed legalization laws in place, it’s clear that letting adults partake in a toke session in the privacy of their own homes won’t lead to the destruction of western civilization. But there are some real issues with this particular law that Ohio voters will need to scrutinize carefully — lest the whole legalization experiment go bust.

When Washington and Colorado legalized, there were some stark differences between the two states’ laws. Colorado took a more liberal route — home growing, less taxation, etc. — while Washington went for more regulation. Both states have seen their experiments have success, though the consensus has been that Colorado’s approach proved to be superior. Ohio’s proposed law is modeled much after both of them, but there’s one big issue that could turn the state’s free-market boon into a monopolistic debacle.

These worries have metastasized as a result of one of the Ohio Initiative’s provisions — one that allows for 10, and only 10, marijuana growth, cultivation, and extraction facilities. These ten facilities would be the only places in the state permitted to grow and produce cannabis, and they would range in size and location across Ohio.

What makes this different from other states, and particularly monopolistic, is the law cements this into place — granting total control of the market to these ten facilities, and those that own them. The ten business interests, and the money financing them, clearly see there is a lot of money to be made in the budding pot industry, and by actually writing a state-granted monopoly/cartel into place, they will be able to move forward, without competition, in perpetuity.

And it goes a step further — the organization behind this legalization push, ResponsibleOhio, raised money from investors while promising exclusive rights to grow and sell cannabis. It also bought the 10 prospective production facilities, according to Cleveland.com. That’s tens of millions that is basically going toward creating an oligarchy in a former black market.

That flies in the face of the free market, capitalist system American business claims to love so much, and will end up hurting consumers in the end with high prices and limited availability. Voters are already starting to get blitzed from both sides, with ResponsibleOhio’s media campaigns ramping up for November, and opponents doing the same.

It’s understandable for the people of Ohio to be excited about the prospect of legal marijuana hitting their state. And the rest of the country should, too. Especially considering Ohio’s relative political and strategic importance. But this law is a step backward. Oregon voters had the chance to vote for legalization in 2012, along with Washington and Colorado, but had a similarly bad piece of legislation put on the ballot. They voted it down.

This might be a similar situation. Legalization coming to Ohio would be a net positive, but establishing and protecting a monopoly is not a step forward for the overall movement. ResponsibleOhio trying to get marijuana legalized is a good thing, overall. But the plan, in its current form, constricts the market far too much, and that will result in consequences for the end user.

Source: The Big Problem With Legal Marijuana in Ohio