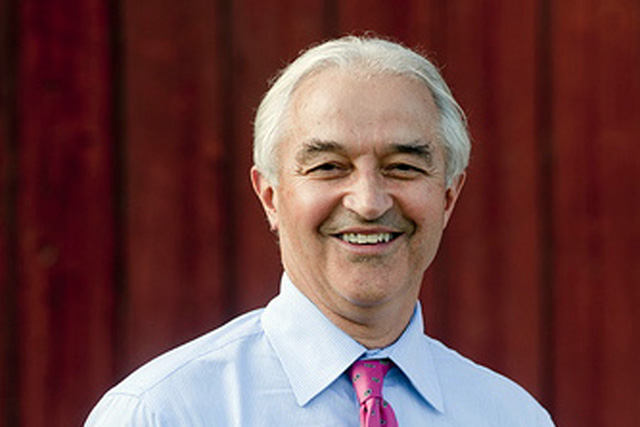 Vermont Attorney General William Sorrell believes there are many reasons to be optimistic about the prospects for marijuana legalization in the state in 2016. This post from MPP Blog reports an interview with Bill Sorrell in which he shares his positive outlook for 2016.

While many states will be considering making marijuana legal in 2016, Vermontmay be the first to do so through its legislature. MPP’s New England Political Director Matt Simon is so optimistic that he is moving to the state from nearby New Hampshire in order to spend more time working with lawmakers there. Now, the state’s attorney general has predicted that Vermont will make history next year.

[Attorney General Bill] Sorrell said in an interview Tuesday that while he doesn’t have any “insider information,” it’s his belief that the General Assembly will pass, and the governor will sign, legislation to legalize and regulate the recreational use and sale of marijuana during the upcoming legislative session.

While no “prominent Vermonter” has told him that marijuana will be legalized, his reading of the tea leaves (“or the marijuana leaves,” he quipped) is that this is the year for legalization.

“Let me put it this way, I will be surprised if marijuana is not legalized in this next legislative session,” he said.

The evidence as he sees it? There is a clear path through the Legislature now that House Speaker Shap Smith says he favors legalization of marijuana. In previous legislative sessions, Smith has taken a “wait-and-see” approach, and has not allowed legislation to reach the floor of the House.

There are enough votes for legislation to pass in the Senate, he says, and outgoing Gov. Peter Shumlin has said he would sign a bill.

As momentum builds toward legalization, the Marijuana Policy Project has stepped up its lobbying efforts in Vermont. Its New England political director is moving to Montpelier to lobby full time.

Once legislation is crafted, there will be a contentious rulemaking process. Vermont, however, doesn’t have to reinvent the wheel, Sorrell said. The state can draw from the experience of other states, such Washington, Oregon, Alaska and Colorado, that have, or are in the process of, regulating recreational marijuana industries, he said.

Vermont would be the first state to legalize marijuana solely through legislative action. Massachusetts is expected to have residents vote on a ballot initiative as soon as November 2016.

If you are a Vermont resident, please contact your legislators and ask them to support making marijuan legal for adults and regulating it like alcohol.