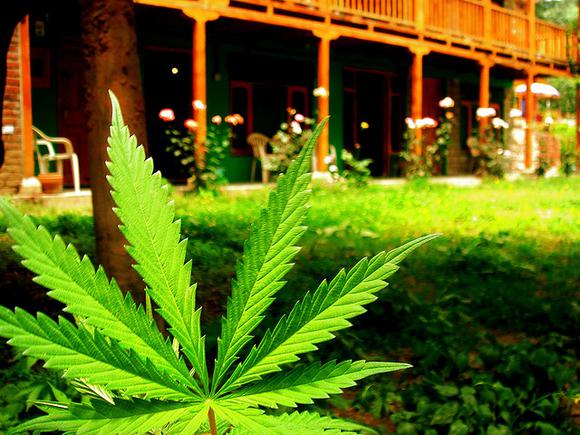 Since 1996, nearly two dozen states have legalized the use of marijuana for medicinal purposes, while four states — Oregon, Colorado, Washington, and Alaska — have legalized the drug for recreational use among adults as well. Two decades ago the idea of physicians in nearly half of all U.S. states being able to prescribe marijuana to their patients would have been deemed laughable. Today, though, it’s a far different story.

Consumers and lawmakers each see something different when they look at a marijuana plant. For the consumer, marijuana is either a medically beneficial drug for sick patients or a recreational drug comparable to alcohol. However, states view marijuana with dollar signs. The tax revenue generated from the sale of medical and recreational marijuana could amount to millions that states could use to fund education, create jobs, or close budget gaps. NerdWallet estimates that nationwide legalization would lead to $3.1 billion in annual tax revenue.

With a number of major polls — Pew, Gallup, and the General Social Survey — all suggesting that a slight majority of respondents (51% to 53%, depending on the survey) favor the legalization of marijuana, this is no longer a taboo issue to be swept under the rug. It’s quite possible marijuana could play a critical role in helping to elect our next president in Nov. 2016. 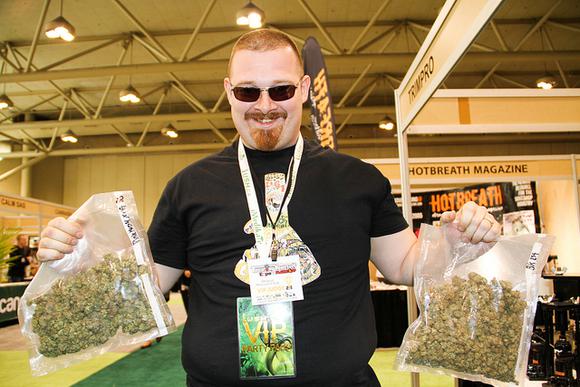 What’s really on the line for the marijuana industry

Why is this important? The marijuana industry has a mountain of problems it’s looking to tackle, and they all tie back in to the fact that the marijuana plant remains illegal on the federal level.

For example, legal marijuana shops have had an almost impossible time gaining basic banking services because banks are either afraid of federal prosecution or of the uncertain future of the industry. Instead, marijuana businesses have been stuck dealing primarily in cash or money orders, which hampers their ability to expand. When they can obtain loans, they’re often from cash-rich, risk-taking consumers that charge very high interest rates.

Taxes are another major concern, as section 280E of the U.S. tax code prevents marijuana businesses from deducting certain expenses since they’re selling a federally illegal drug. It’s left marijuana businesses paying tax on their gross income rather than net income, and it’s kept many legal shop owners from turning a decent profit.

Legalizing or decriminalizing marijuana would provide immediate tax breaks to the industry, and it would remove the cloak that’s kept banks on the sideline. Remember, servicing the marijuana industry would benefit the marijuana companies that want to expand, but it would also likely be a boon to the banking industry. These breaks are sorely needed, as most publicly traded marijuana businesses are losing money and their long-term outlooks are still very much in question.

Three presidential candidates most likely to legalize or decriminalize marijuana

With this is mind, let’s take a brief look today at three presidential candidates who, through past views and statements, offer the perceived-to-be friendliest approaches to the marijuana industry.

But, before we do, I want to exercise some words of caution.

First, just because a candidate has spoken positively about marijuana in the past doesn’t mean they still harbor that view. In the past, discussing marijuana around an election was akin to political suicide, so the vast majority of presidential candidates from both sides of the aisle aren’t exactly sure how to approach the topic without drawing ire or criticism in the upcoming election. In other words, we could see candidates’ views on marijuana shift a bit as we narrow the field, and we likely haven’t heard many candidates’ full views on the issue.

Secondly, promises made in a campaign are not guaranteed to be remembered once a candidate takes office. Depending on the ultimate make-up of Congress, plans to legalize or decriminalize marijuana may not come to fruition. In short, you should only believe it when you actually see it (if we ever see it), and you shouldn’t count your chickens for the marijuana industry before they’re hatched.

With those asterisks out of the way, here are the three presidential candidates most likely to legalize or decriminalize marijuana on a federal level if they’re elected. 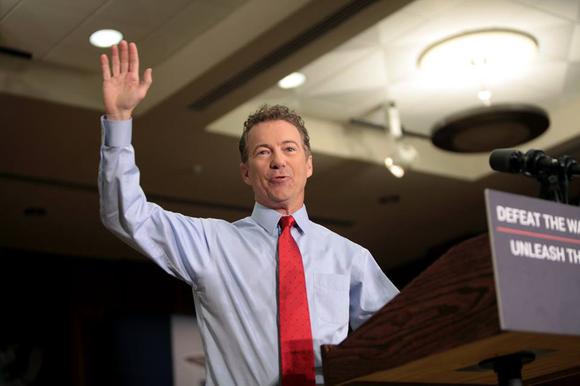 While no candidates can be fairly categorized as pro-marijuana, Republican Rand Paul from Kentucky might be as close as it gets.

If the name sounds familiar, that’s because in March Rand was one of three U.S. Senators to introduce the CARERS Act. The CARERS Act, or Compassionate Access, Research Expansion and Respect State Act, would have allowed patients, doctors, and businesses in states that have passed marijuana laws to operate legally without the fear of federal prosecution. The bill would have decriminalized medical marijuana and opened the door for financial institutions to begin making loans to the industry.

In a 2013 interview with Fox News, Rand Paul had this to say on marijuana:

A year earlier in an interview with ABC Paul had this to say:

“States should be allowed to make a lot of these decisions. I want things to be decided more at a local basis, with more compassion.”

While Paul may not ultimately be the champion of nationwide legalization, he appears more than willing to let individual states completely regulate the drug, and that would be just fine with the marijuana industry. 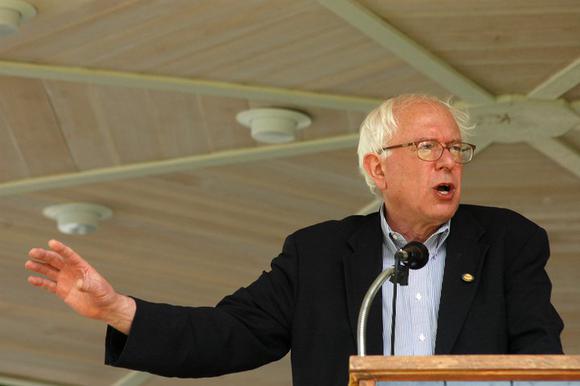 Although Vermont Senator Bernie Sanders has offered some non-traditional ideas during the early months of campaigning, he hasn’t exactly endorsed marijuana. But just because Sanders hasn’t blatantly favored its legalization doesn’t mean he hasn’t left the door open for a number of changes should he reach the oval office.

At a May Internet conference for Reddit, Sanders said the following (which echoes the views of a number of candidates from both parties at the moment):

“Colorado has led the effort toward legalizing marijuana, and I’m going to watch very closely to see the pluses and minuses of what they have done. I will have more to say about this issue within the coming months.”

Sanders has indeed had more to say, especially when it comes to the enforcement of marijuana laws. Earlier this year, when discussing his time as the mayor of Burlington, Vt., Sanders had this to say:

“I can tell you very few people who were arrested for smoking marijuana [when I was mayor]. Our police had more important things to do.”

If anything, Sanders is shaping up as a candidate who could ultimately support decriminalizing marijuana based on his recent statements. 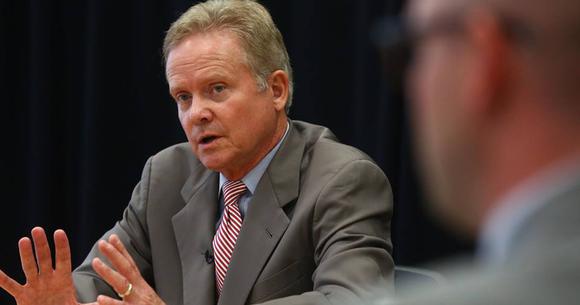 Though most political discussions have thus far revolved around a few major candidates, the relatively under-the-radar Democrat Jim Webb, a former Virginia senator, could emerge as the closest thing to a pro-marijuana candidate in the field.

In late June, Webb didn’t mince his words when he suggested that drug use should be decriminalized.

“Just as in mental health issues, I don’t think it makes a lot of sense to put someone in jail when they have a disease, when they have an illness, a physical illness. There’ve got to be better ways for us to approach the issues of drug use in America.”

“We didn’t make cigarettes illegal. We just got the information out there and educated people about the potential harm.”

To be clear, Webb’s position on drug decriminalization still appears to be up to some interpretation. The idea of marijuana decriminalization has been hinted at or proposed by a few candidates, but the idea of ending the war on all drugs is not something that a presidential candidate has previously proposed (at least that I can recall). The move could make Webb the most aggressive in the field when it comes to legalizing or decriminalizing marijuana, and it could put him on the map for the nation’s voters.

This isn’t the last we’ve heard on marijuana

If there’s anything to learn from the early days of campaigning, it’s that we’re liable to see more issues emerge as we near Nov. 2016. Marijuana has been of growing interest to the American public, and it sure looks as if the candidates’ views on marijuana could be among a handful of deciding factors as to who will lead this country for the next four years. Long story short, this probably isn’t the last we’ve heard from any of the candidates on what should be done with marijuana.

Source: 3 Presidential Candidates Most Likely to Legalize or Decriminalize Marijuana