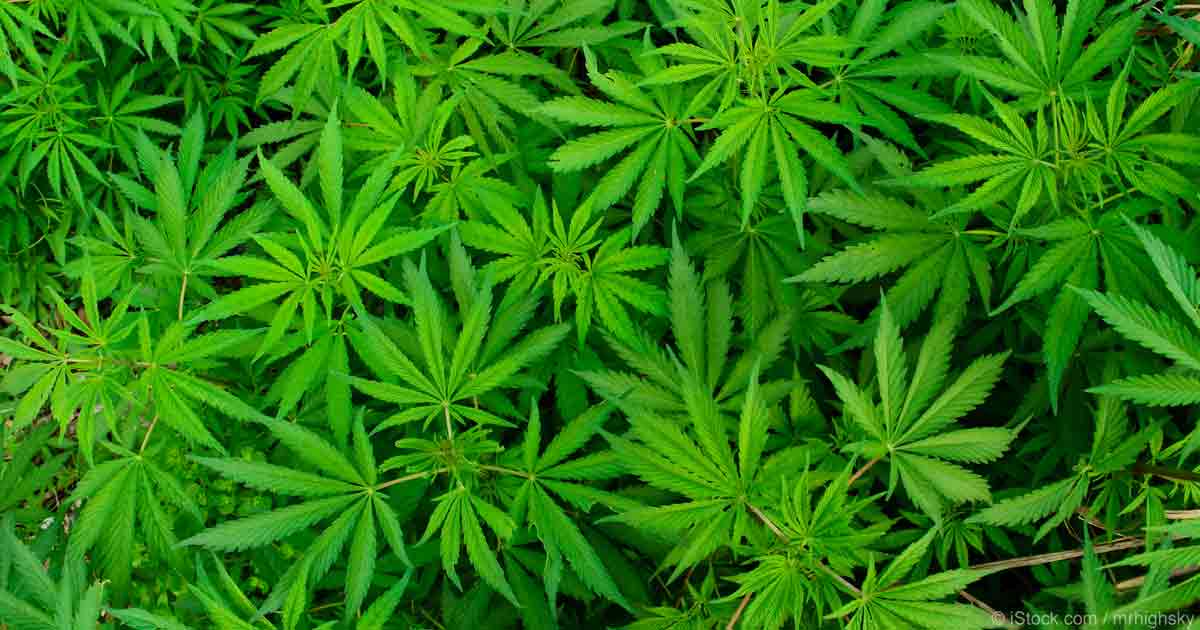 In this post from Mercola.com, Dr. Mercola discusses that marijuana does not meet the criteria for Schedule 1 controlled substance and it’s high time to revise this classification.

The use of marijuana for medical purposes is now legal in 23 states and, as of this writing, 9 states have pending legislation or ballot measures to legalize medical marijuana.1 Estimates are that between 85 and 95 percent of Americans are in favor of medical cannabis, and nearly 60 percent support complete legalization of marijuana.

And doctors agree. In 2014, a survey found that the majority of physicians—56 percent—favor nationwide legalization of medical cannabis, with support being highest among oncologists and hematologists.2

However, many families are still unable, legally or otherwise, to obtain this herbal treatment. Families with a sick child are being forced to split up, just so that one parent can live in a place where medical cannabis can be legally obtained in order to help their child.

A major part of the problem lies at the federal level, where marijuana is classified as a Schedule 13 controlled substance—a category reserved for the most dangerous of drugs, including heroin, LSD, and ecstasy.

According to the 1970 Controlled Substances Act, Schedule 1 drugs are defined as those having a “high potential for abuse” and “no accepted medical use.” Research to date shows that marijuana meets neither of these criteria.

The featured documentary covers some of the most recent research on the medical applications of marijuana. In light of recent science, it’s clear that marijuana does not meet Schedule 1 criteria and it’s high time to revise this classification.

A number of prominent physicians are reversing their opinions about marijuana’s medicinal utility. A recent example is US Surgeon General Vivek Murthy, who in a recent CBS interview, acknowledged that marijuana may be useful for certain medical conditions.

CNN’s chief medical correspondent and neurosurgeon Sanjay Gupta also made a highly publicized reversal on his marijuana stance after the production of his two-part series “Weed.”4

The US seems to want it both ways. The federal government classifies marijuana as a Schedule 1 drug. But in October 2003, the US Department of Health and Human Services (HHS) obtained a patent for marijuana as a “neural protectant,” claiming it can protect your brain against stroke and trauma.5

How can HHS own a patent for the medical use of cannabis, while the federal government still classifies it as an unsafe drug with no medical value?

The US Has Much to Learn from Israel

The US is far behind many other countries in harnessing the healing power of marijuana. Israel is the marijuana research capital of the world, thanks to Dr. Raphael Mechoulam, who was the first to investigate the medicinal properties of marijuana way back in the 1960s and the first to isolate THC and CBD.

Israel is now using marijuana to treat cancer, epilepsy, Parkinson’s disease, Tourette’s syndrome, and many other conditions. As shown in the film, even residents of Israeli nursing homes are being treated with marijuana.

But in the US, the fact that marijuana remains classified as a dangerous Schedule 1 drug has all but halted scientific progress. American scientists have to jump through a frustrating array of hoops, which are expensive and time consuming and ultimately discourage the majority of researchers from conducting marijuana studies.

Cannabinoids are the general category of active chemical compounds found in marijuana, or cannabis. Cannabinoids can be separated into several subclasses—two of which are THC (tetrahydrocannabinols) and CBD (cannabidiols).6

CBD is the most abundant cannabinoid, contributing up to 40 percent of cannabis resin. Cannabinoids produce biological effects because, just like opiates interacting with your opiate receptors, cannabinoids interact with specific receptors located in your cell membranes.

The therapeutic and psychoactive properties of marijuana occur when particular cannabinoids activate their associated receptors, and the effects depend on the areas of your body and brain in which they interact.

Some cannabinoids are psychoactive, whereas others are not. THC is the most psychoactive, the one that produces the “high”—which is why marijuana plants have been bred over time to produce ever-increasing amounts of this compound.

However, selectively breeding pot for high THC has diminished its medicinal value and increased its likelihood of producing adverse effects. Although research is still in its infancy, the cannabinoids appear to work in tandem with each other, balancing one another out. According to the University of Washington:7

“CBD may actually have anti-anxiety effects and lessen the psychoactive effects of THC. This means that a plant with a greater percentage of CBD may reduce the intensity of the effects of the THC, which in effect lowers the potency of the plant.

Use of a cannabis plant with less CBD has been shown to have an increased psychological impact and result in unwanted effects such as anxiety.”

So, by breeding out the CBD, pot growers have created more intense psychoactive effects that lack any modulation, which is why some people experience adverse reactions such as anxiety and even psychosis. Mother Nature created a delicately balanced chemical system in this plant, which humans have upset with their tampering and manipulation.

Like It or Not, You Are Wired to Respond to Marijuana

The fact that there’s a plant that acts on your body’s own cannabinoid receptors is a phenomenon Dr. Mechoulam calls a “quirk of nature.” He’s referring to the fact that we didn’t develop these receptors in order to smoke pot—we have them because we have our own endogenous cannabinoid system.

Your body makes its own cannabinoids, similar to those found in marijuana but present in much smaller amounts. These endocannabinoids appear to perform signaling operations similar to your body’s neurotransmitters, such as dopamine and serotonin. Cannabinoid receptors can be found on cell membranes throughout your body—in fact, scientists now believe they may represent the most widespread receptor system.8 Two receptor types have been identified:

Your endocannabinoid system is thought to help regulate nearly every physiological process and plays an important role in maintaining homeostasis—and yet, it’s not taught in medical school! We’ve shared this important system with all vertebrate species and even sea squirts for more than 600 million years. Science to date suggests that your endocannabinoid system is integral to the following biological processes, and chances are we’ve barely scratched the surface.9

The fact that your body is replete with cannabinoid receptors, key to so many biological functions, is why there’s such enormous medical potential for cannabis. If it can help restore homeostasis, it will prove itself as a very powerful therapy. CBD may be the most potent and beneficial of the cannabinoids, particularly for tamping down an overactive immune system, as is the case with autoimmune disease. CBD also has antipsychotic properties but does not get you high or stoned.

The response of cancer patients to cannabis treatment is very encouraging. Not only does cannabis help with the unpleasant side effects of traditional chemotherapy (including pain, nausea, and insomnia), but the cannabis itself appears to be a natural chemotherapy agent. Over the past several years, dozens of studies point to marijuana’s effectiveness against many different types of cancer, including brain cancer, breast and prostate, lung, thyroid, colon, pituitary, melanoma, and leukemia. It fights cancer by at least two mechanisms, making it difficult for a cancer to grow and spread:

This may explain why chronic pot smokers have such surprisingly low rates of lung and other cancers, especially when compared to cancer rates among tobacco smokers. 10,11 In addition to cancer, cannabis has been found effective against an ever-growing list of illnesses. Research has been limited, but we may be turning the corner. It’s likely we’ll soon be expanding this list as the evolving political climate becomes more favorable to cannabis research.

Many prescription drugs are known to be dangerous. Pharmaceuticals in general are among the leading causes of death in the US, and some drugs have killed tens of thousands of individuals. The painkiller Vioxx is one classic example that killed over 60,000 before being pulled off the market. According to Dr. Margaret Gedde, MD, PhD, owner and founder of Gedde Whole Health and the Clinicians’ Institute of Cannabis Medicine, you don’t have to look far to find research confirming that cannabis is safer and less toxic than many prescription drugs.

This includes liver and kidney toxicity, gastrointestinal damage, nerve damage, and of course death. Moreover, cannabinoids often work when pharmaceutical drugs fail, so not only is cannabis safer but it’s typically more effective. One of the strongest areas of research regarding marijuana’s health benefits is pain control.

In 2010, the Center for Medical Cannabis Research (CMCR) released a report12 on 14 clinical studies about the use of marijuana for pain, most of which were FDA-approved, double-blind, and placebo-controlled. The report revealed that marijuana not only controls pain, but in many cases it does so better than pharmaceutical alternatives.

If you compare prescription painkillers (opiates) to marijuana, marijuana is much safer. Opioid painkillers can lead to slowed respiration and death if an excess is taken—and the risks are compounded if you add alcohol to the equation. By contrast, cannabis overdose cannot kill you because there are no cannabinoid receptors in your brain stem, the region of your brain that controls your heartbeat and respiration.

The statistics speak for themselves. In 2010, prescription painkillers were responsible for 16,600 deaths, and painkiller overdoses claimed more women’s lives than cocaine and heroine combined. In the CDC’s Public Health Reports study,13 prescription drugs were involved in fatal car crashes at three times the rate of marijuana.

In states where medical marijuana is legal, overdose deaths from opioids like morphine, oxycodone, and heroin decreased by an average of 20 percent after one year, 25 percent after two years and up to 33 percent by years five and six. As noted by Dr. Gedde:

“There’s an ongoing death rate from use of pain medications as prescribed. So, even as prescribed, they’re highly dangerous and they are open to abuse. As far as medications used in the pediatric population to control seizures, there are also severe toxicities to organs. Many of them are very sedating. The children become unable to function or really to interact because of the sedating effects. Other medications have a side effect of rage and behavioral problems.

Unprovoked rage is actually a known side effect of some of the anti-seizure medications. Cannabis and in particular cannabidiol has none of these issues. No toxicities. The main side effect of cannabidiol is sleepiness. As a child gets accustomed to it, that does wear off and the child can be very alert and functional on the cannabis oil once they have worked into the dosing. Once you put them against each other, there really is no comparison in terms of safety.”

Because of the issues already discussed, it can sometimes be challenging finding accurate, science-based information about cannabis. Dr. Gedde offers the following suggestions for obtaining reliable information:

“The reason why it’s difficult is that the preponderance of research funds have been to show harm related to cannabis, as a drug of abuse… [L]ook for the real research that’s there on the endocannabinoid system and the ways that marijuana cannabis has been helping people for centuries. And look into the history of medical practice; that’s where the information starts to come out.”

She also recommends looking to current clinical practice, which is possible in states where cannabis is now safely and legally accessible. This is where you can learn more about optimal dosing and protocols found effective for various conditions. Other resources that may be helpful include the following:

via Marijuana Research Supports Its Safety and Benefits.