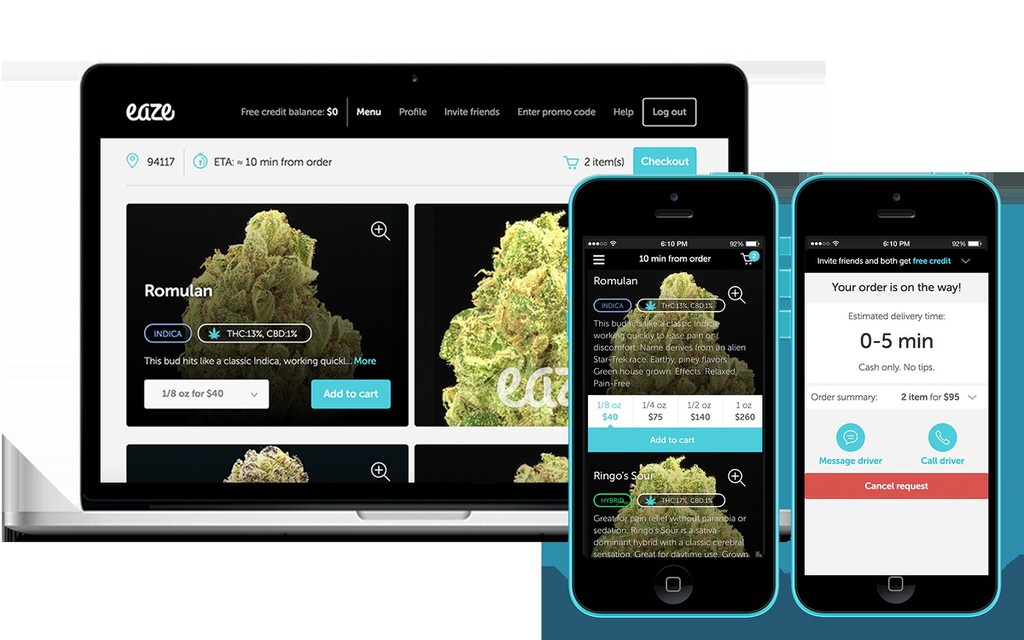 In this post from Forbes, Ellen Huet turns the spot light on a successful $10 million Series A funding round of a marijuana startup.

A $10 million Series A funding round is a milestone many startups never hit — but for a weed startup, it’s almost unheard of.

Eaze is a service that connects medical marijuana patients with dispensaries, and its funding round, announced Tuesday, is one of the biggest raised by a startup in the cannabis industry, an area that many investors have been slow to embrace. It’s welcome news for Eaze, for all of its competitors and for anyone interested in building technology products around weed.

“It signals that technology services can be successful service the cannabis category,” said Eaze CEO and founder Keith McCarty. “It also signals that regulatory landscapes are loosening up, and venture capitalists see the broader market continuing in that direction.”

The timing of the app’s launch — last July — was perfect, McCarty says. It was the first Uber-for-weed startup to market and has been followed by at least seven others, only some of which have even launched. Most of them offer a similar service: verify medical marijuana patients and let them order on-demand buds from local dispensaries, which have their own fleets of delivery drivers.

Investment in marijuana-related startups has usually been limited to angel investors and other high-wealth individuals, and many startups find it challenging to raise money from bigger investors. Traditional venture firms are often restricted by their limited partners on investing in legally hazy areas like marijuana. They’re only just starting to warm up to the idea — and startups like Eaze are there, waiting.

“I wish I was more strategic — I think I just got lucky,” he said. “In terms of timing, if I had a crystal ball last year I’m not sure I could have done it any better.”

A few recent changes might have assuaged some investors’ fears. Washington and Colorado started full legalization. PayPal cofounder and billionaire investor Peter Thiel planted his flag in a pro-weed investment camp when his Founder’s Fund invested in a $75 million round for Privateer Holdings, a holding company for marijuana-related businesses.

“The six months’ difference between when we raised seed to now — the investor sentiment has changed a lot,” said Eaze spokeswoman Caroline Vespi. “A lot of it has to do with the Peter Thiel announcement. It’s okay to talk about funding a weed startup, whereas six months ago it was a little dicey.” (Startups still run into hiccups because of their spotty legality: Eaze’s app, just like those of its competitors, is not allowed in Google GOOGL -1.7% or Apple’s app stores, so it exists as a web app.)

DCM Ventures led the round, and other investors include Fresh VC, 500 Startups and rapper Snoop Dogg’s new weed fund Casa Verde Capital, according to Quartz. DCM’s David Chao said he thinks the firm stands to gain from its willingness to take risks with companies like Eaze.

“Historically, DCM Ventures has been very open-minded,” Chao said. “We were one of the very first to go to mainland China when people thought it was a little risky. We’ve done deals like BitTorrent. We have a history of realizing, you know what? The world’s going to change.”