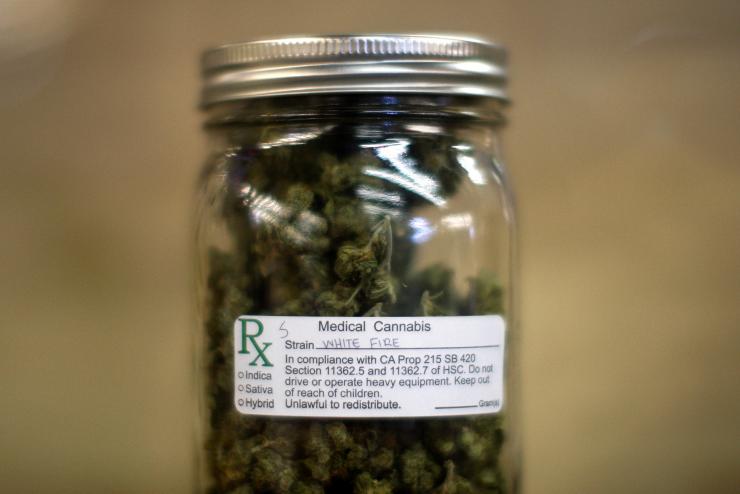 In this post from International Business Times, Philip Ross reports that Nebraska senators voted 27 to 12 to move the medical marijuana bill forward last week. Nebraska’s marijuana measure, the Medical Cannabis Act, was introduced in January by State Sen. Tommy Garrett, a Republican. It would allow patients to register for marijuana ID cards through the state’s department of health and human services.

A bill that would legalize some forms of medical marijuana in Nebraska passed its first hurdle Tuesday after state senators voted to advance the proposal. The bill, which was first debated last week, gained support among skeptics after senators adopted an amendment that would prohibit marijuana smoking and exclude “chronic pain” from the list of qualifying medical conditions, according to local station KSNB.

In the first-round vote on Legislative Bill 643, also known as the Medical Cannabis Act, lawmakers voted 27 to 12 to move the bill forward – three votes shy of allowing the state Senate to override a veto by the governor. “Colleagues, we need to be strong, we need to be brave,” said the bill’s author, Republican Sen. Tommy Garrett, according to KETV. “We need to help those that are sick and ailing and out of options.”

Garrett added that legalizing medical marijuana in Nebraska was “not about stoners getting high…We are not Colorado, we are not California.” If passed, LB 643 would allow pharmacists to distribute cannabis to qualifying patients, such as those with cancer or epilepsy. The law is slated to go into effect in July 2016.

The debate over legalizing medical cannabis in Nebraska has often centered on whether parents of epileptic children should have access to a cannabis-derived oil that is low in THC – the high-inducing ingredient in the cannabis plant – and has been shown to help control seizures. Family members of children with epilepsy met with lawmakers in April to encourage them to legalize the drug.

Some lawmakers warned Tuesday that approving the drug without the U.S. Food and Drug Administration’s blessing could have consequences. “It’s a dangerous position for legislators to practice medicine,” said Sen. Merv Riepe, according to the World-Herald Bureau. His remarks echoed earlier statements made by Gov. Pete Ricketts, who has said he opposes the bill but has not indicated whether he would veto it if it passes.