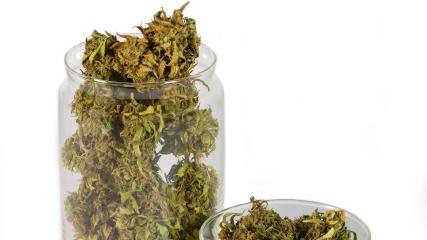 The board of the Ohio Chamber of Commerce, the largest business group in the state, voted to oppose ResponsibleOhio’s marijuana legalization proposal. This post from Cincinnati Business Courier highlights the board’s stance and concerns about workplace safety, employer liability and employee productivity.

The board of the Ohio Chamber of Commerce voted this afternoon to oppose legalization of marijuana.

Workplace safety was among concerns the chamber cited in siding against ResponsibleOhio’s proposal to amend the state constitution to legalize weed.

“Our members, which represent small and large businesses throughout the state, have to ensure a safe work environment for all of their employees,” said Andrew Doehrel, CEO of the chamber.

Ian James, executive director of ResponsibleOhio, said the political action committee was disappointed by the chamber’s decision considering its role as an advocate for economic development.

James said it would be interesting to see whether the chamber board members would change their stance if Ohioans vote Nov. 3 to approve the measure called Issue 3, which could create more than 10,000 jobs and result in a $4.1 billion industry by 2020.

The proposal would legalize marijuana for personal use and medical use by Ohioans 21 or older. Medical use would also be allowed for children who had parental permission.

Opposition to the PAC’s proposal has mounted in the last week, but the chamber’s position stands out because it has more than 8,000 members and claims to be the largest business group in the state.

“This issue would cause great uncertainty for those businesses who drug test their employees,” Doehrel said in a statement released by the chamber. “When you have uncertainty in business, you can’t function.

“Other concerns expressed by board members included employer liability, the effects on employee productivity and other potential substance abuse issues,” Doehrel said.

James said marijuana would be regulated in a way similar to alcohol and that employers wouldn’t have to tolerate workers getting stoned on pot any more than they would workers who might drink on the job.

“Issue 3 prioritizes employer rights and workplace safety,” James said in a statement released by the PAC. “As has been proven by courts all over the United States many times over,employers will maintain their rights to establish drug-freepolicies. And studies have shown that, in states with legalized marijuana, employees who get in accidents on the job are no more likely to test positive for marijuana than a random sampling of employees.”

Also Wednesday, the chamber board voted to support Issue 2, a measure designed to bar ResponsibleOhio’s proposal. Crafted by state lawmakers, Issue 2 would amend the constitution to prohibit a ballot effort that would “create a monopoly, oligopoly or cartel.”

The ResponsibleOhio proposal would allow only 10 commercial marijuana farms in the state. Each would be owned by one of 10 investment groups, which contributed $2 million apiece to fund ResponsibleOhio’s $20 million campaign. The investors include prominent Cincinnatians such as Frank Wood, CEO of the venture capital firm Secret Communications; basketball legendOscar Robertson, who is CEO of Orchem Corp., and William Foster, owner of A-1 Quality Logistical Solutions, a warehousing company.

The pro-pot amendment would allow licenses for 1,150 retail stores as well as unlimited testing facilities, medical dispensaries and marijuana product manufacturing plants. Ohioans 21 or older would be able to obtain a license to grow up to four plants at home, but those individuals wouldn’t be allowed to sell marijuana.

“The mission of the Ohio Chamber of Commerce is to aggressively champion free enterprise,” Doehrel said. “State Issue 2 directly supports our mission, which is one we’ve been championing since 1893.”

“Their dedication to the status quo is protecting drug dealers who don’t create legitimate jobs, pay taxes or ensure their customers are 21 or older,” James said.