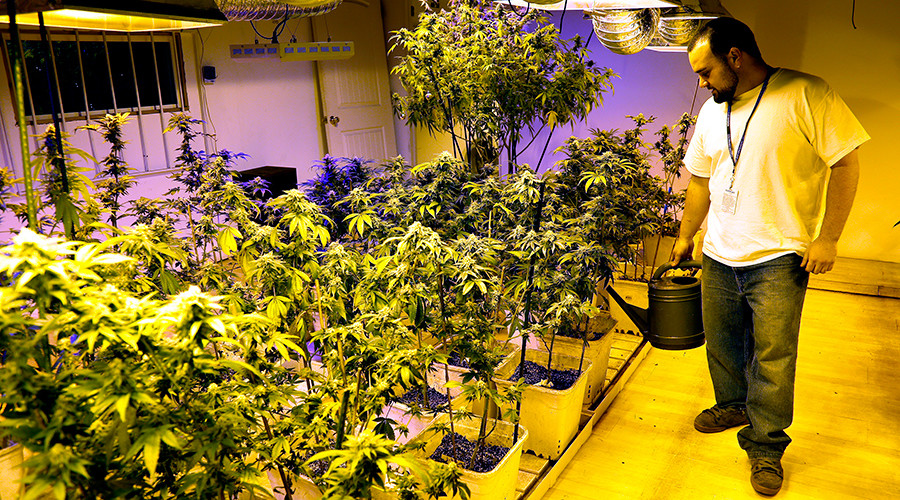 Ohio voters reject a proposal that would have only permitted a small set of investors to control the commercial marijuana industry. This post from RT USA delivers the breaking news of the marijuana legalization measure being rejected by Ohioans.

Ohio voters rejected a ballot measure that would have legalized the recreational and medical use of marijuana in the state, the Associated Press reported. The proposal would have only permitted a small set of investors to control the commercial pot industry.

Votes are still being tallied, but the measure is currently losing 65 percent to 35 percent, according to the Columbus Dispatch, with 48 percent of the vote counted.

Known as Issue 3, the measure would have amended Ohio’s state Constitution to legalize recreational and medical marijuana use by permitting anyone 21 years and older to purchase and grow marijuana. Medicinal pot use would have been permitted for anyone with a valid medical condition.

However, the proposal also sparked criticism because of the way it would have governed and regulated the commercial marijuana industry. Under Issue 3, only 10 commercial growing licenses would have been issued, meaning no other companies or organizations would have been allowed to sell pot to retailers.

Additionally, the number of stores allowed to sell the drug would have been limited to 1,100.

Due to these restrictions, Issue 3 was divisive even among those who support legalizing marijuana. Critics argued that the measure would create a monopoly, while supporters believed that the heavy regulations were worth dealing with if it meant legalization.

“Issue 3 was nothing more and nothing less than a business plan to seize control of the recreational marijuana market in Ohio,” said Curt Steiner, campaign director for Ohioans Against Marijuana Monopolies, to the Dispatch.

“At a time when too many families are being torn apart by drug abuse, Ohioans said no to easy access to drugs and instead chose a path that helps strengthen our families and communities,” he said in a statement.

Notably, the group Law Enforcement Against Prohibition argued that Issue 3 should have been supported.

“Legalization will take money away from the cartels, provide funding for public safety and health services, and reduce the violence associated with the illegal drug market,” retired Cincinnati Police Captain Howard Rahtz said in a statement from the group, according to the Huffington Post.“Passage of Issue Three puts us in charge, not the dealers”