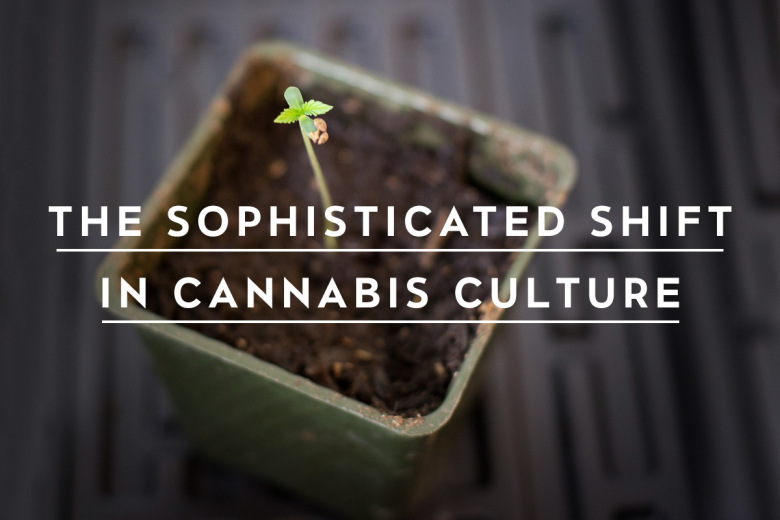 In this post from Hypebeast, Ashleigh Kim turns the spotlight on the polished, refined side of the cannabis culture that will evolve as marijuana legalization moves forward in the U.S.

America’s legal marijuana industry is one that’s driven by its recreational and medical benefits. With the discussion of legalization already under way, we’re seeing the rise in not just professional growers and dispensaries alike, but the financial gains as seen in business profits and state taxes; after just one year, Colorado alone collected $50 million dollars strictly from cannabis taxes. Indefinitely, these are the markers that would contribute to swaying the opinions of society’s majority towards a legal cannabis future.

With more states hopping on board with legalization trials, we’re beginning to see the longstanding negative stigmas and taboos surrounding the drug burning away; yet America is still far from settling the debate as the legalization of marijuana is one that straddles the lines of numerous sectors including health, food, security, education, taxation, law, religion and tourism. 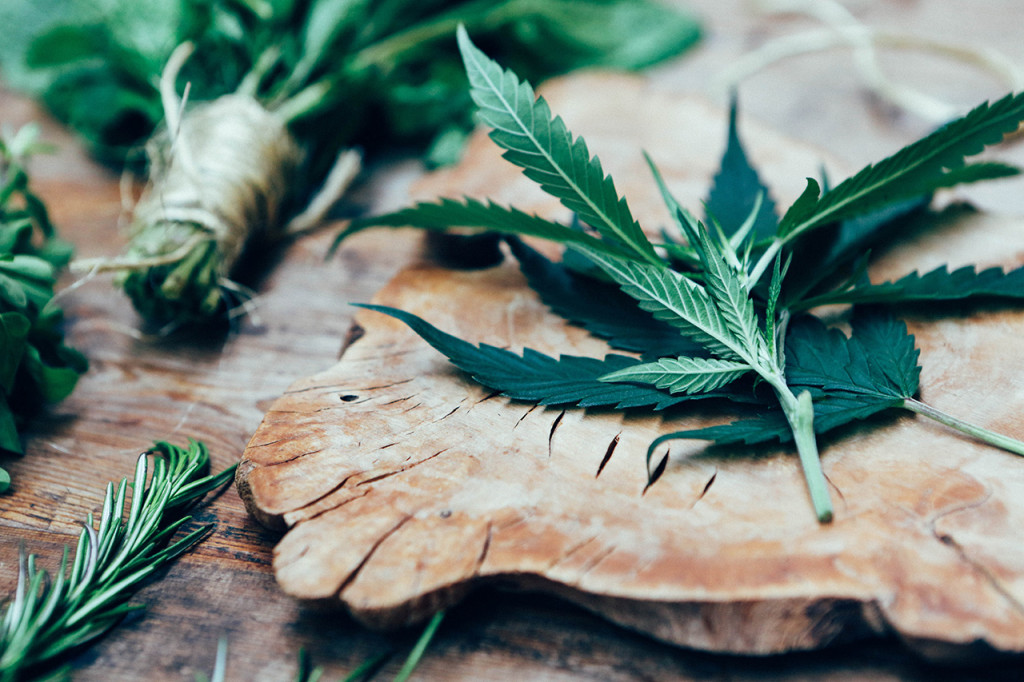 Implications associated with the “stoner” has hindered the legitimization of marijuana. For some opposers of the movement, it’s easy to associate the drug with the image of a lazy, weed-smoking couch potato — a representation society doesn’t want to condone — and as a result, many new wave marijuana producers veer away from being associated with the counterculture. We sat down with Joe Santucci of Solstice, a high-end cannabis production company based in Seattle, Washington, to help give some insight about the ins-and-outs of America’s marijuana industry and the way it’s shaping up for the nation’s future. With a mission “to be a positive participant in the communities we operate and to provide a new message for cannabis,” Solstice aims to uphold an image of the polished, refined side of the marijuana industry.

While each state sets its own laws during their respective trial periods, the nation carefully observed Washington – the first in the U.S. to enact legislation. Washington today is regulated. Growers and farmers openly provide information on their products — including stats on what type of nutrients a plant was fed, what type of water it received, and whose hands it passed through — much like food products do with nutrition labels. In Washington today, the best growers are selling to dispensaries.

Proper research into cannabis has been limited in the past. For the first time, we’re seeing the outpour of grant money and other forms of financial support dedicated to the cause — all to be conducted with true, scientific methodology. Cannabis will be receiving the attention and care of agricultural experts, as companies hire more qualified masters in horticulture with the special skills, knowledge and education to bring into the industry’s future. The industry has proven itself as a real, thriving business with commercial grow-ops, modern agricultural methods, big revenue numbers and serious growers who respect their product. Just check out Solstice’s Head of Production Miles Jonard’s Essentials for cannabis farming. 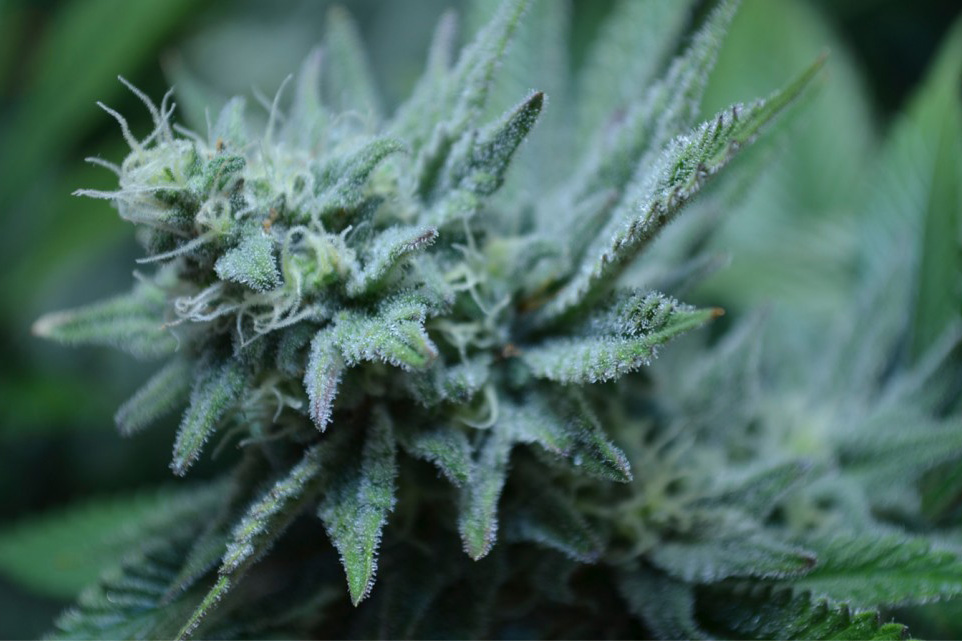 There’s been a noticeable shift to growing and selling 100% organic cannabis. The guys at Solstice, for example, have an attitude that if they’re producing medicine, they want to ensure the purity of the product. We’re also seeing the spotlight move further away from the cannibinoid THC (Tetrahydrocannabinol) and its coveted psychoactive properties, and towards CBD (Cannabidiol). CBD is a cannibinoid that has no psychoactives, and when ingested as a cap, people usually report experiencing a light, mellow high that’s unlike smoking weed. Cultivating a health-conscious society is key for the future, and according to Santucci, some users have applied CBD pre-rolls as a smoking alternative and have successfully quit chemical-heavy cigarettes. Subsequent scientific research will only lead to a better understanding of all the 60+ cannabinoid compounds.

Breeding optimization is already playing with varied THC and CBD percentages. Growers understand that since our bodies are different, so are our tolerance levels and preferences in tastes and highs. But how do they make lavender strains smell so much like the herb’s fragrant perfume? How do they create Blueberry Cheesecake to have that distinct blueberry aroma and velvety cheesecake finish? Strain experimentation and testing are yielding qualitative results about strains and hybrid compounds.

CONSUMPTION IS AN ART

The shift in laws have also allowed room for more creativity. Consumption habits now include a variety of art forms that are pushing the envelope in cannabis culture, where masters in artisanal craftsmanship are making their mark in the industry. Renowned joint-rolling artists like @tonygreenhands are acclaimed for their original, one-of-a-kind creations — his Spiderman joint, for example, is a masterpiece.

Traditional methods of extracting concentrates like bubble hash and shatter are also being dwarfed by the influx of new techniques. Companies are also making deals with extraction artists, including Solstice. Solstice often partners with Washington legend @cubangrower to make limited batches of fine concentrate. The prevalence of smokers in search of purer and cleaner highs are the reason why these products have such a short shelf life. As there’s no perfect science to extraction and each artist is so different, you can expect to see a wide range of product, each unique to its creator.

Modern social media facilitates the sharing of new extraction methods such as “Rosin Tech,” which trickled its way onto Instagram videos in early 2015. Rosin Tech involves sandwiching cannabis between two pieces of parchment paper and clamping it inside a hot hair straightener, which produces oil — it’s simple, short and effective. With continued experimentation we’ll be seeing the rise of innovative techniques and artistic craft, all of which can be perfected by people from their own homes. And this combination of curious cannabis connoisseurs and viral videos are going to be a successful vehicle for discovering new-found techniques.

EDIBLES AND OTHER PRODUCTS OF CONSUMPTION 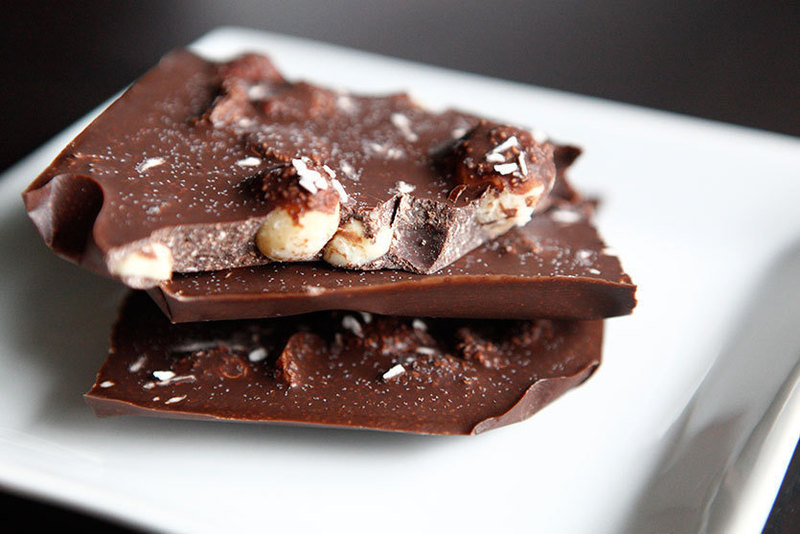 From confectionery sweets to savory eats, the scope of edibles is a vast one. And just as master horticulturists are experimenting with cannabis plant cultivation, so are master chocolatiers, and we can expect to see more gourmet candy boutiques open up shop in addition to smoking cafes.

We’ll also be seeing more high quality rolling papers, especially commodity ones. Shine Papers already sells gold leaf papers and blunt wraps, where one 24K gold sheet will cost you $35 USD. Companies like subtle tea produces high-grade cannabis-infused tea that’s mixed with different soothing blends of chamomile, orange blossom, lemongrass and the like. Colorado is also experimenting with the infusion of marijuana smoke into glasses of wine, pairing the aromas of specific strains with reds and whites. People will be able to advance their palette in new ways. 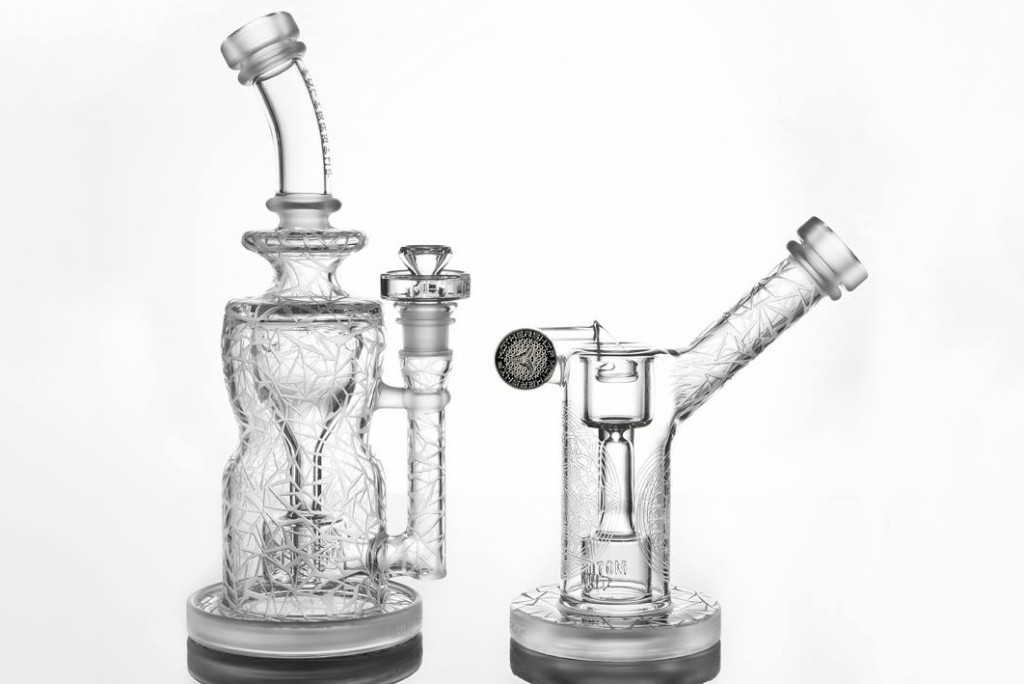 “Vapes are going to be huge in the future,” says Santucci. They’re portable, inconspicuous, and are a purer way to smoke. Although it has its benefits, vaporizers are expensive, and can be consider a more luxury form of consumption. We’ll also see a rise in artistic craftsmanship of handmade glass bongs. Mothership Glass is run by two expert glassblowers in Bellingham, Washington who make “elite functional glass art.” A blend of original design and master glass craftsmanship, each piece is subjected to flamethrowers and a vigorous process of glass manipulation by blowing through straws. The company’s famous Faberge Egg bong is a rare piece with sublimely ornate detailing. With prices at $950 USD for a basic oil rig bubbler and $12,000 USD for the “Mothership Mini” bong, some creations go for $30,000 USD per piece. They are completely unrivaled in the industry; “people will wait in lines to take hits from a Mothership bong,” says Santucci. The enigmatic Mothership Glass company is loved among cannabis aficionados, including Action Bronson. We’ll definitely be seeing more of Mothership and other creative talent delving into glass bong making in the future.

The Evo Glass x Hitman Glass’s collaborative “Dabuccino” water pipe is an exquisite piece that’s designed as a small Starbucks Frappuccino cup with a green straw mouthpiece, integrated hammerhead perc and sandblasted detailing. It’s sold at $650 USD per piece. While Dabuccinos are released at a limited production run of exact replicas, companies like Mothership create single, rare originals. Both are artisanal products conceived by a visionary approach to crafting smoking tools that we will definitely be seeing more of.

THE FUTURE OF THE INDUSTRY

While there is currently no authority or industry standard for legalized marijuana, companies like Leafly and Weedmaps provide ever-growing informational databases; and yet, an authority will most likely be implemented to regulate state-wide and eventually nationwide standards. The emergence of organic produce, state-of-the-art vaporizers and bongs, and luxury products for discerning cannabis consumers will only evolve, especially when backed by grant money that will strengthen scientific research and understanding. And so too, will the rebranding of cannabis in society change as it heads towards what I think is a landscape that will support marijuana legalization in the U.S.

via The Sophisticated Shift in Cannabis Culture: Exploring the World of the Conscious Consumer & Highbrow Products | HYPEBEAST.