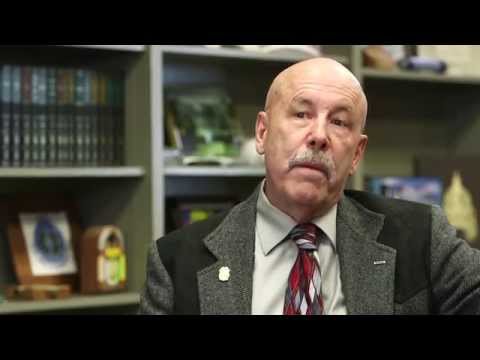 In this article from The Huffington Post, Matt Ferner reports a pro-marijuana ad, debuting in Texas, showcasing a retired police officer who says marijuana causes far fewer problems than alcohol.

A pro-marijuana ad debuting in Texas on Tuesday showcases a retired police officer who says the state should take a more “sensible” approach to marijuana policies because the drug causes far fewer problems than alcohol.

“I know of no instance in my entire career where someone was acting out under the influence of marijuana,” says Russell Jones in the ad supporting a Texas House bill that would decriminalize marijuana, reducing the penalty for possessing less than an ounce to a maximum civil fine of $250. Current state law allows maximum penalties of six months in jail and a $2,000 fine for possessing less than two ounces.

“People under the influence of alcohol are much more problematic,” adds Jones, a retired narcotics detective who served for 10 years in California and now lives in central Texas. “Law enforcement officials have more important things to do with their time than arresting people for marijuana possession. They need to be there to protect the public to respond to crimes such as robbery, burglaries, rapes and murders.”

The Texas House Committee on Criminal Jurisprudence approved the bill, sponsored by state Rep. Joe Moody (D), last week. The House must approve the bill by midnight Thursday for it to advance to the Senate.

The ad was sponsored by Texans for Responsible Marijuana Policy and was produced and paid for by the advocacy group Marijuana Policy Project. It will air in the Austin, Dallas, Houston and San Antonio markets on CNN, ESPN, and Fox News Channel beginning Tuesday, and will continue through the legislative deadline Thursday.

“This is commonsense legislation that is intended to reduce government waste and improve public safety,” Heather Fazio, Texas political director for Marijuana Policy Project, said in a statement. “Voters want law enforcement officials to spend their time and resources addressing serious crimes, not arresting and jailing adults for simple marijuana possession. We hope the House will pass this important legislation before time runs out.”

Texan lawmakers are considering a variety of marijuana bills in the current legislative session, which ends in June. One measure would legalize recreational marijuana.

The bills face long odds of becoming law this year.

via Retired Cop: I Never Encountered A Person ‘Acting Out Under The Influence Of Marijuana’.