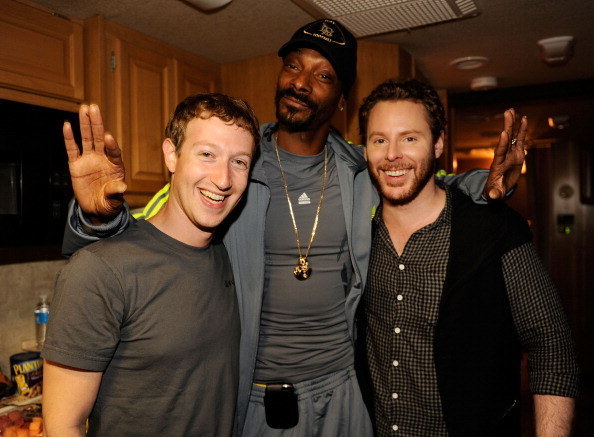 Napster founder, Sean Parker, is throwing his name—and his money—behind a major initiative to get the pot legalization issue onto California ballots in the 2016 election. This post from BuzzFeed News reports the big implications that Sean Parker’s entry into pot legalization politics will have.

Billionaire and early Facebook investor Sean Parker may be gearing up to lead a campaign to legalize the adult use of pot in California. According to six sources well-placed in the legalization movement, after months of talks among weed reformers, Parker and several associates have decided to draft and back their own initiative for the 2016 ballot.

Described by one source as the worst-kept secret in the cannabis community, Parker’s entry into the complex and messy politics of weed legalization will have big implications for the race to get the issue onto California ballots in the 2016 election. That’s because Parker and his allies have both the money and connections necessary to raise the expected $10 to $20 million needed for a successful campaign, again according to sources.

“This is good news that people are rallying behind Sean,” a source with knowledge of the campaign said on the condition of anonymity because the person is not authorized to talk with the media on Parker’s behalf. “Sean’s group is playing a game of catch-up, but they’re working hard at getting it right and avoiding a repeat of the last time.” The source is referring to California voters rejecting the last attempt to legalize the drug in 2010.

Parker could not be reached for comment through multiple channels.

Multiple industry sources with knowledge of the Parker campaign told BuzzFeed News that two other wealthy backers were interested in the draft initiative he is preparing. One is Justin Hartfield, founder and CEO of Weedmaps, the Yelp for pot shops, who has already made public his intent to commit $2 million toward California weed legalization.

The other interested backer is Silicon Valley investor Joby Pritzker, whose family founded the Hyatt hotel chain. Pritzker too has made no secret of his interest in legalizing the drug: He’s invested in pot companies and has sat on the board of the Marijuana Policy Project for six years. It’s unclear how much cash Pritzker has agreed to put up, but two sources told BuzzFeed News that anyone interested in influencing the draft and campaign has to pony up at least $1 million to get a seat at the table. That’s not surprising: If 2010’s Prop 19 — which failed narrowly despite a $4.5 million support coalition — taught the movement anything, it’s that a campaign to legalize weed will almost certainly be expensive.

Hartfield declined to comment, telling BuzzFeed News that he was “under strict orders not to talk with reporters until next week.” Pritzker’s investment company, Tao Capital, did not respond to requests for comment either.

Parker’s interest in legalization is nothing new. In 2010 he gave $100,000 to an ultimately unsuccessful legalization initiative. He’s also given $2 million to legalize adult use of pot in Oregon. But until this point, Parker had been saying that he would back whatever effort the marijuana industry in California came up with, and he hasn’t attempted to lead a campaign. This time, he appears to be taking a much more active role in the attempt to get marijuana legalized in the most populous state in the country: He’s hired widely respected political attorney Lance Olson to draft the law, and a top political operative in Sacramento, Gale Kaufman, to run the campaign, according to two industry sources. He’s also circulating a draft ballot measure among pot reform groups.

Kaufman and Olson did not return telephone calls and email messages from BuzzFeed News.

There are a couple reasons why Parker might want to take on legalizing adult recreational use of the drug. Part of it is likely motivated by profits: A firm he has been connected to, Founders Fund, has invested heavily in Privateer Holdings, which has its eyes on becoming the “Procter & Gamble of Pot.” And it’s no secret that the cannabis industry is large and growing: California’s market is sitting at nearly $1 billion, which will likely double if the state legalizes the drug, according to the ArcView Group, a weed research company.

Parker is also interested in philanthropy generally. In the past he’s told the San Francisco Chronicle that he plans to give away his $2.8 billion for life sciences, global public heath, and civic engagement; he’s also given generously to a wide range of candidates and causes. A spokesperson from ReformCA, a group that recently filed its own initiative, said that one of Parker’s interests in a pot legalization law is criminal justice reform.

Historically, legal pot’s biggest opposition has been police unions and a conservative-leaning city and county lobby called the League of Cities. Both organizations have recently supported strengthening the state’s medical pot laws, after a decade of gridlock. This year was the last opportunity to structure medical marijuana legalization before the voters vote next year. And since there are at least 11 other possible ballot initiatives, cannabis advocates have long been concerned about a scenario where two or more ballot measures are presented to voters.

At the moment, weed isn’t legal in California. It’s just not really illegal. “California’s cannabis laws grant limited immunity from criminal prosecution,” Matt Kumin, an attorney familiar with pot laws, told BuzzFeed News. “Limited immunity meaning that you have to stay within a very narrow set of constraints. It’s like being on an island in the middle of shark-infested waters. It’s not a big place and there’s only so much you can build. You can’t build a casino.”

As a result, the pot industry in California is governed by inconsistent rules that make some counties completely dry, and some rife with dispensaries. Parker’s entry into the fray is what Kumin sees as the third wave of pot legalization.

The first was led by San Francisco activist Dennis Peron, who launched a grassroots effort amid the devastation of the AIDS epidemic that eventually resulted in California’s historic vote to legalize the drug in 1996 with Proposition 215. The second wave was fueled by dispensary owners who essentially wanted to legalize what they’d been doing for years. It was their efforts on SB 420 — named after the legendary stoner happy hour, 4:20 — that ensured its passage.

Parker and his associates represent the big money of pot, which Kumin thinks is the third wave — and in fact, Parker is part of a larger trend of wealthy individuals (rather than nonprofits or advocacy groups) funding pot initiatives nationwide. “After visiting Colorado recently I was convinced that it would be the cannabis investors that would eventually be able to move adult use of cannabis forward in California.”

Source: If California Legalizes Weed Next Year, Sean Parker May Be Why – BuzzFeed News