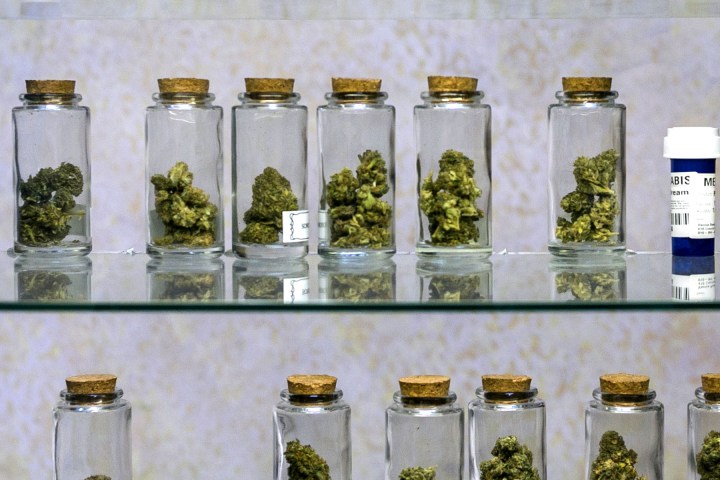 In this New York Post article John Crudele reveals how the US government patented medical marijuana way back in 2003 even when they were fighting it all the while.

Actor Michael J. Fox and many millions of other Americans — my dear late wife, Tricia, included — could have gotten very excited about this development back then.

But it was, apparently, not the sort of thing Washington wanted advertised.

Patent No. 6,630,507, you see, is for cannabinoids as antioxidants and neuroprotectants. Most people would simply refer to this as medical marijuana.

Who got that patent? The US government gave this patent to itself.

Just so you understand me, this is the same US government that has been fighting the use of marijuana as a drug. Yet its own scientists were claiming a decade ago that marijuana had been effective against a number of diseases.

Here’s what three scientists from the Department of Health and Human Services said in the abstract — or summary — of their findings submitted with the patent application: “The cannabinoids are found to have particular application as neuroproectants, for example in limiting neurological damage following ischemic insults, such as stroke or trauma, or the treatment of neurological diseases, such as Alzheimer’s disease, Parkinson’s disease and HIV dementia.”

Fox has had Parkinson’s for many years. My wife suffered for nearly a decade from Multiple Sclerosis, a neurological disease, before she died nearly two years ago.

I don’t know if Fox is secretly using marijuana to ease his pain, but in a minute I’ll tell you why finding out about Patent No. 6,630,507 this week angers me.

Just last week Attorney General Eric Holder said the Federal government will not attempt to challenge state laws that allow for medical and recreational use of pot. His directive will affect 20 states that now allow marijuana to be used for medical purposes, as well as Colorado and Washington, where marijuana can be used for recreational purposes.

The new guidelines do not change marijuana’s classification as an illegal drug. The issue of marijuana’s effectiveness as a pharmaceutical, as far as I know, has never been mentioned by Washington.

Marijuana plants contain a lot of different chemicals. Tetrahydrocannabinol — or THC — is considered the most active of them. Civilizations have known for thousands of years that marijuana had special properties. In a Hindu text the weed is referred to as “sacred grass.”

Despite a track record of thousands of years, Americans are still debating whether we should allow sick people to relieve symptoms of nausea and pain with pot because marijuana may sometimes end up in the wrong hands.

This past week, for instance, New Jersey changed medical marijuana legislation — again. If Govs. Jon Corzine and Chris Christie hadn’t been so pigheaded over the past few years, my wife and others might have suffered a lot less.

Jersey’s medical pot law was passed years ago but hasn’t even gone into effect yet. A revision in the law will permit licensed dispensaries to grow and sell more than three varieties of the weed and provide an edible version for children.

Christie now gets a chance to drag his feet some more before he signs the revised bill. But don’t feel too sorry for New Jersey residents. New York doesn’t even have a medical marijuana law in the works.
Usually I don’t talk about my own life in this column — unless it’s something strange, odd or funny.

My experience with medical marijuana was none of those, but I’ll tell it anyway.

Tricia had been diagnosed with MS in 1992. It wasn’t until around 2002 that she became truly helpless. MS is an inflammatory disease in which the insulating covers of nerve cells in the brain and spinal cord are damaged.

Tricia was on so many drugs — pain killers, muscle relaxants, antidepressants, etc. — I lost count
The idea of using marijuana to ease Tricia’s severe spasms — which could last 30 minutes or more — came up frequently. But the law was a problem.

New Jersey hadn’t implemented its medical marijuana law, so I would need to acquire the drug the old-fashioned way — on the street.

I knew that if I got caught buying pot illegally I could have been fired from my job and lose my medical coverage. That would have taken me several steps backwards.

Another one of Tricia’s many doctors had us try a synthetic form of THC — the marijuana chemical — but we had to pretend that my wife was suffering through weeping spells because that’s what the drug was intended for.

She wasn’t weeping. In fact Tricia was about as happy as anyone could be under those circumstances, but we played along.

Knowing what I do now, I regret not taking the risk of getting pot on the street.

Experts say that the potential for marijuana as a drug is endless. Dr. Gerry Crabtree, chief executive officer of drug firm Nuvilex, says it has even proven in tests to be effective against cancer.

“There’s enough literature in respectable scientific journals to justify examining cannabis as a possible treatment of cancer,” Crabtree told me this week.

You won’t really appreciate what I’m talking about until someone you love might be helped by medical marijuana. But you will probably never understand just how angry I am after finding out about Patent No. 6,630,507.