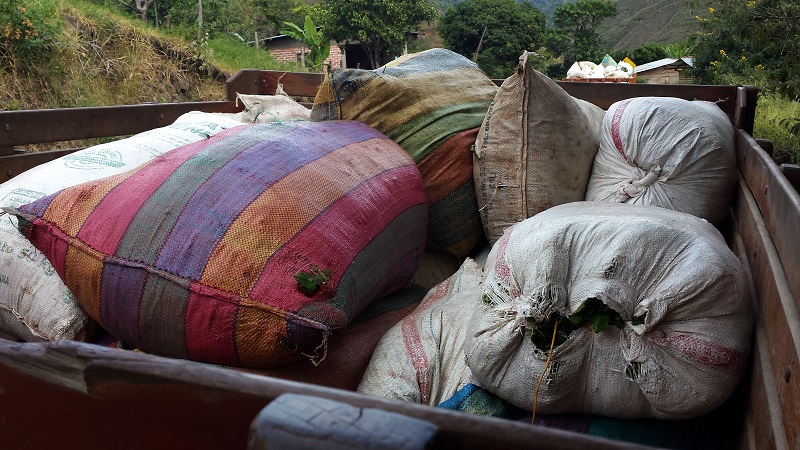 In this post from Bloomberg, Matthew Bristow reports that farmers in the remote mountains of Colombia are replacing marijuana bushes with other crops after a 70% decline in marijuana prices in the last one year:

On a drug farm miles from anywhere in the central Andean mountains of Colombia, workers are digging up marijuana bushes and replacing them with avocados.

They’ll get no subsidies from a government crop substitution program since the state barely exists in these remote mountains in Cauca province, 30 miles south of Cali. They’re responding instead to a 70 percent crash in prices over the last year after farmers here planted so much marijuana that they saturated the market.

“It’s barely profitable anymore because everyone’s growing it,” said a farmer, who asked not to be named. “I’m getting out of it.”

The price of a pound of the potent “creepy” strain of marijuana grown in Cauca has plunged to $15 from $50 per pound a year ago, according to local growers. That’s aggravating poverty in a region where some laborers earn as little as $3 per day, according to Vladimir Bueno, a community leader.

Wholesale marijuana prices in the U.S. vary from $300 to more than $4,000 per pound, depending on the quality and region, Special Agent Eduardo Chavez of the Drug Enforcement Administration said in a phone interview. Most Colombian marijuana is consumed domestically.

In the mountains near the town of Caloto, low-tech farming methods and the high cost of transport along winding dirt tracks have made legal crops barely profitable. That has led many farmers to take advantage of the virtual absence of the state to grow marijuana, and coca, the raw material for making cocaine.

The government’s presence is so weak that buyers weigh sacks of drugs openly by the side of the highway, and load them onto trucks, safe in the knowledge that government forces seldom travel along these roads for fear of coming under fire from the Marxist rebels who control the area.

The guerrillas of the Revolutionary Armed Forces of Colombia, or FARC, have held talks with the government since 2012, seeking a peace deal to end the conflict. The FARC last week announced a one-month unilateral cease-fire, starting July 20.

via With Marijuana Price Down 70%, Colombia Growers Are Bailing – Bloomberg Business.