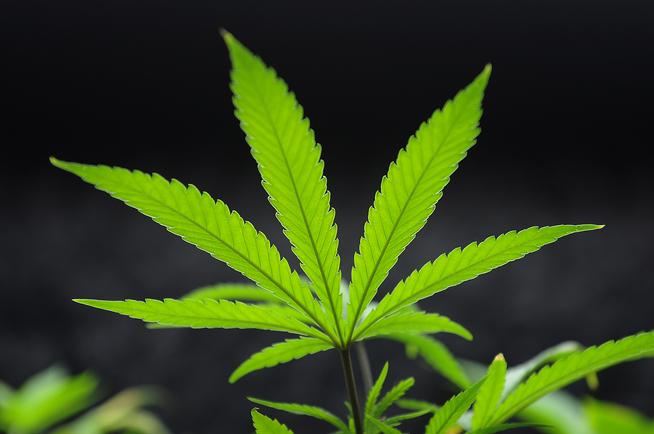 In this news article from The Denver Post, John Ingold reports that Colorado officials have won indictments against 32 people accused of being part of a multimillion-dollar marijuana trafficking scheme.

Colorado officials have won indictments against 32 people accused of being part of a multimillion-dollar scheme to grow marijuana illegally in Colorado and ship it out of state.

The organization allegedly exported as much as 400 pounds monthly of marijuana grown in Denver warehouses, most commonly to Minnesota. Couriers transported hundreds of thousands of dollars at a time back to Denver, according to the indictment. In sum, the organization is estimated to have made $12 million during its four-year run, the indictment alleges.

The Colorado State Grand Jury handed down the indictment last week, and law enforcement this week began rounding up those who were charged. At least five members of the alleged organization have so far been arrested, according to Denver jail records. But state officials refused to comment on the indictment or the arrests, saying instead that an announcement is planned for Thursday.

“This is still an active investigation at this point,” said Carolyn Tyler, a spokeswoman for the Colorado attorney general’s office.

The investigation was dubbed “Operation Golden Go-fer,” an apparent reference to both the mascot for the University of Minnesota and an operation member-turned-informant whom the indictment describes as providing “go-fer services” for the trafficking ring.

The charges are the culmination of sweeping raids on multiple warehouses last October. All of the raided warehouses were in areas popular with licensed, commercial marijuana growers.

The indictment alleges that the growers considered setting up their operation in California before settling on Colorado, “due to their perceived lack of regulatory enforcement actions and oversight in the marijuana industry.”

Police in Colorado have long worried that poorly regulated medical marijuana caregivers – and those posing as caregivers – could be secretly supplying the black market. State lawmakers are currently considering a bill to crack down on caregivers. Meanwhile, the Denver City Council recently approved an ordinance imposing a 36-plant limit on unlicensed caregiver grows in industrial areas.

However, the indictment also makes clear that the organization received no help from the marijuana industry in Colorado. When the alleged leader of the ring, Tri Trong Nguyen, met with an unidentified dispensary representative in Colorado to talk about a merger, the dispensary representative warned Nguyen that Nguyen’s grows were illegal, according to the indictment. The representative said the only way a merger could work was if Nguyen stripped his warehouses bare and started over legitimately.

Nguyen refused, according to the indictment.

“I am making too much money doing what I’m doing,” Nguyen is alleged to have said.

Investigation of organization members stretches back to 2011, when agents from the South Metro Drug Task Force, acting on a tip, went to the Elbert County home of a man named Ryan Farrow and found dozens of marijuana plants. Farrow initially claimed to be a medical marijuana caregiver, before admitting that he was growing the plants illegally, according to the indictment.

According to the indictment, Farrow continued growing marijuana illegally, and he and another man were stopped in Nebraska in 2013 and found to be in possession of more than $150,000 in cash. The indictment alleges that Farrow confessed to his role in the ring.

Authorities received help from other organization members, as well. When a man named Joseph Johnson — who owned a skydiving business and is accused of using his company’s planes for marijuana shipments between Colorado and Minnesota or Texas — was stopped last summer in Kansas, he was found in possession of 66 pounds of marijuana and $330,000 in cash. According to the indictment, Johnson then told authorities about the inner workings of the organization and arranged a meeting with another organization member that law enforcement agents could watch.

The 32 people indicted in the case range in age from 25 to 71. They variously face charges of racketeering, felony cultivation and distribution of marijuana, money laundering, tax evasion, attempt to influence a public servant and conspiracy.