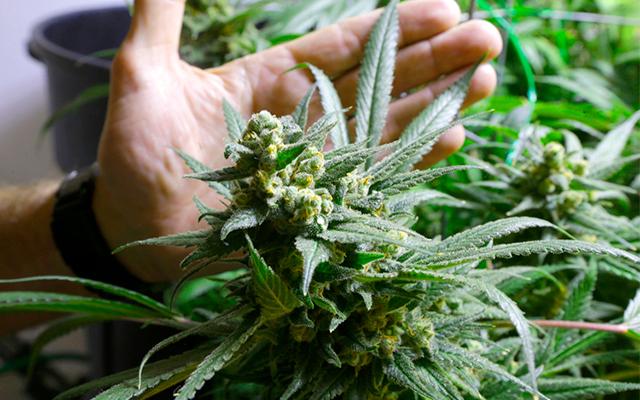 In this post from High Times, Jon Gettman puts together the most popular marijuana warnings circulating these days.

The history of marijuana prohibition is filled with warnings. What kind of warnings are there about marijuana today? Well, it can still get you arrested in many places… but aside from that, true or false, what other popular warnings are circulating today?

One fairly simple and rather obvious way to find this out is to do a web search for “marijuana warning,” and look at a selected sample of the results.

The most prominent listing is for WebMD, which first lets us know that marijuana has other names, like “weed,” but also some interesting ones such as  Esra, Gaga, Huo Ma Ren and Sawi. People use this drug recreationally, and it creates a “sense of well-being” and “alters the senses.”

According to the website, marijuana also has many medical properties and should not be confused with hemp. There are side-effects, such as blood pressure problems, impaired mental functioning, dizziness and a negative impact on the immune system. Marijuana is, however, possibly effective for glaucoma, HIV/AIDS-related weight loss, multiple sclerosis and pain. Unfortunately, there is insufficient evidence regarding a few serious ailments, as well as regarding its usefulness for treating dandruff and hemorrhoids.

The Surgeon General of the Public Health Service also has a warning about marijuana, which is dated April 13, 1982 and is posted on the Center for Disease Control’s website. This warning is based on a comprehensive scientific review by the National Academy of Sciences and the World Health Organization and highlights the claim that marijuana “interferes with many aspects of mental functioning” and also has an impact on perception, judgment and motor skills.

Marijuana is also, claims the Surgeon General,  associated with ”amotivational syndrome,” which is “characterized by a pattern of energy loss, diminished school performance, harmed parental relationships, and other behavioral disruptions,” and is a result of “prolonged marijuana use by young persons.”

Marijuana Addiction Treatment, which solicits phone calls from people who wish to speak to a drug abuse counselor, cautions that marijuana is a gateway drug because many users have the perception that it is harmless. They warn, “very real health effects mean it is impractical for long-term use.” These include the risk of lung infection, respiratory problems, withdrawal symptoms, panic attacks and elevated heart rates. Signs of marijuana abuse include bloodshot eyes, clothing that smells like smoke, possession of drug paraphernalia, deteriorating memory a loss of interest in family or school activities and a dramatic change in weight and/or sleeping habits. Good ways to combat craving for marijuana include taking a walk every day, avoiding marijuana users, keeping a journal, and listening to music.  Also, “the emotional and mental issues that come with marijuana treatment can last for more than 45 days.”

Drugs.com provides a short primer about what cannabis is, some important information about its use, its effects and additional information about medical marijuana oil, which it also refers to as CBD oil (containing cannabidiol). Long-term effects of heavy use can include lung irritation, exacerbation of pre-existing heart problems, decreased concentration or sex drive and/or dependence. People should not drive or operate heavy machinery under the use of marijuana, nor drink alcohol or take prescription drugs without awareness of possible drug interactions. Marijuana should also not be used during pregnancy.

The Addiction Center explains that “the majority of Americans don’t have any more of a problem with marijuana than they do with alcohol. Some states have even legalized recreational marijuana use. This doesn’t mean marijuana is risk-free.”  They go on to discuss potential dangers of use, reviewing possible side effects such as paranoia, elevated heart rates, overeating, impaired motor function, panic attacks, and impaired cognition.  While acknowledging that the long term effects of marijuana are not as damaging as other drugs, they review mood swings, reduced learning ability, lung infections, inhibited mental development, panic attacks, and memory loss.  “The biggest sign of a marijuana addiction is an insatiable urge to use marijuana no matter the negative outcome.”  The Addiction Center also provides advice for people seeking treatment for marijuana addiction.

Marijuana is not as harmful as once believed, but like any drug it is not harmless. There is still some crazy stuff out there, old and crazy stuff, evidence of the hysteria and ideology that characterizes prohibition. What’s interesting about the state of marijuana warnings today is that they are, more often than not, more reasonable and science-based presentations than in the past. The hysterical stuff now has to compete with more objective and fact-based material. The medical properties of marijuana are now widely recognized, as is the fact that many people use marijuana without harm to themselves or to the public. Both of these facts were adamantly denied in past decades.

There is, however, a new warning about marijuana that has emerged in recent years, one unheard of until modern times. This one comes from a government agency and is one that all marijuana consumers should take quite seriously. It’s a warning from the United States Securities and Exchange Commission (SEC) “about potential risks involving investments in marijuana-related companies.”

In May 2014, the SEC suspended the trading of FusionPharm, Cannabusiness Group, GrowLife, Advanced Cannabis Solutions and Petrotech Oil and Gas stocks due to questionable and/or potentially illegal activity involving unlawful sales of securities and market manipulation. In other words, the SEC is on the lookout for con artists who are trying to defraud people interested in investing in the emerging legalized market for marijuana.

The warnings about marijuana are indeed changing, more signs that prohibition is dying and legalization is closer than ever.

via The Latest Warning About Pot Is One You’ve Never Heard Before… Until Now | High Times.