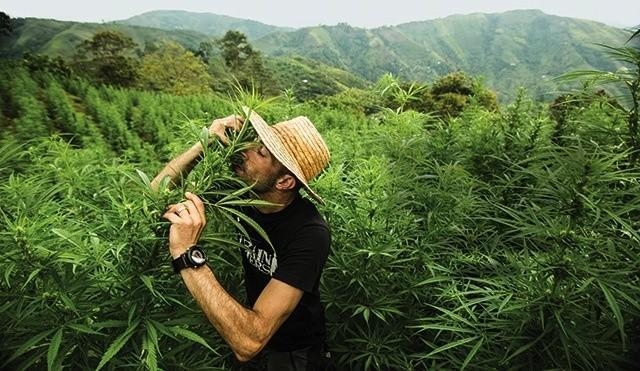 Springtime isn’t the only thing turning people into itchy, watery, red-eyed monsters. Being allergic to marijuana can do the same. This post from VICE.com highlights what science has to say about weed allergies.

More people are getting stoned without fear of consequence now in the United States than ever before. Prohibition is being rolled back, and people are celebrating by getting high as hell. Some, however, are noticing side effects that aren’t generally associated with pot, like runny noses and itchy eyes. According to allergists, these people are discovering that they have an allergy to marijuana.

“With [marijuana’s] increasing legality and less reluctance to talk with medical professionals, I think we’ll see more people reporting it,” William Silvers, a Denver-based allergist and clinical professor of medicine at the University of Colorado, told VICE. Silvers published an editorial in February pointing to a rise of these cases in his practice and calling for allergists to ask their patients about marijuana use in a “nonjudgmental manner.” A 2015 review of the research published in Annals of Allergy, Asthma, and Immunology noted an increase in reports of marijuana allergy as well.

Silvers said most of the patients he’s treated for pot allergies are either heavy smokers or people who work in the nascent industry, and so they handle weed on a regular basis. One 28-year-old patient, for instance, developed extreme nasal congestion shortly after becoming a trimmer at a marijuana facility; eventually, he developed a chronic cough and a wheeze, too. Another patient who worked in a growing facility developed a persistent runny nose, itchy eyes, dry cough, and itchy hands with an eczema-like rash, which was worse when he was at work.

While less common, other people show signs of allergies just from regular pot use. When Denver resident Sergei smoked up, his nose would run and his eyes would itch. Assuming those were things everyone experienced when they got high, he put up with it, until an offhand comment to an allergist led to the realization that he was allergic. “I’d never heard of being allergic to pot, so it hadn’t even occurred to me,” he told VICE. “I just assumed what I was experiencing was normal.”

While a snotty nose, itchy or red eyes, and the potential for asthma or breathing issues are often mild at first, they can heighten as the immune system becomes sensitized to the allergen via exposure. “You may be exposed five or ten times before you have any reaction,” Silvers said.

Pot legalization has led to the increased use of more potent weed, which could also result in a stronger reaction. So far, Silvers has seen one case of anaphylaxis, a more serious kind of allergic response that can include vomiting, a skin rash, and major breathing problems. There are other documented cases of anaphylaxis, including one involving a police detective handling pot as part of an investigation, and, terrifyingly, one resulting from the intravenous use of marijuana.

Weed allergies can be triggered in many different ways. Some people might only get a reaction from inhaling smoke, while others will have issues from swallowing edibles or handling buds or leaves. In all cases, the remedy is tragically the same: Stay away from it.

A caveat from Silvers: If the reaction, like Sergei’s, is mild, doesn’t seem to be getting worse, and is mainly just a runny nose or itchy eyes, taking an antihistamine before smoking may help. Trying edibles or a vaporizer instead of smoking could be worth a shot too, he said.

“But if you start to develop asthma, you need to take a hard look at what you’re doing,” he added. “You at least need to be open about talking with your doctor, and you need to realize you may have to change your behaviors.”

Source: Yes, You Can Be Allergic to Pot | VICE | United States