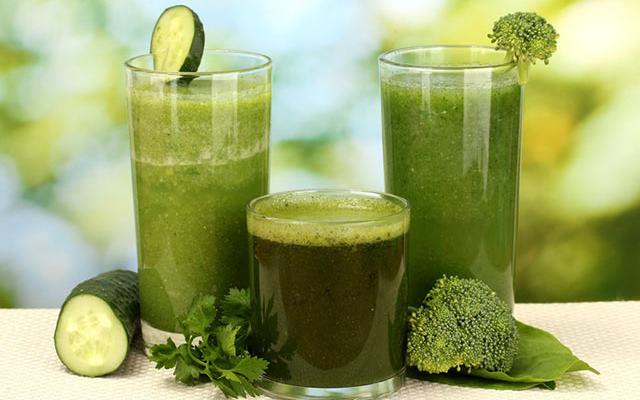 In this post from High Times, Maureen Meehan highlights the positive results reported by the users of raw dietary cannabis, taken in the form of green juice:

One young woman, diagnosed with rheumatoid arthritis three years ago, was fed up with the side effects and ineffectiveness of the liver-destroying anti-rheumatic drugs her doctors were giving her so she decided to take matters into her own… blender.

After trying other natural anti-inflammatory remedies like turmeric and ginger, her pain continued to worsen and she became more and more debilitated.

“It got so bad that I had trouble getting out of bed, getting off and on the toilet and even dressing myself,” according to a Fox News article.

“When it’s consumed as a leafy green vegetable, you get the whole profile of the plant,” said Dr. Courtney.

Unlike heated forms of cannabis, raw dietary cannabis contains both the terpenes and chemical compounds in the correct portion and ratio. Some 8,000 of his patients, he says, have seen positive effects from ingesting raw dietary cannabis, whether juiced, blended, or chopped into coleslaw.

According to Courtney, one of the biggest benefits is the positive effect cannabis has on the body’s endogenous cannabinoid system, which is made up of endocannabinoids, or chemical compounds found throughout the body that perform different processes.

“I believe this plant, having evolved over millions of years, is put together to support that system,” he said.

As for Katie Marsh, it’s working like a charm. Once she learned what strains to look for, she started juicing every day.

“I saw results very quickly. Within a matter of a couple of days I was able to stop the prednisone and ibuprofen,” she said.

Nearly a year later, Marsh still has slight pain in her feet from damage done by the rheumatoid arthritis, but her condition is now in remission.