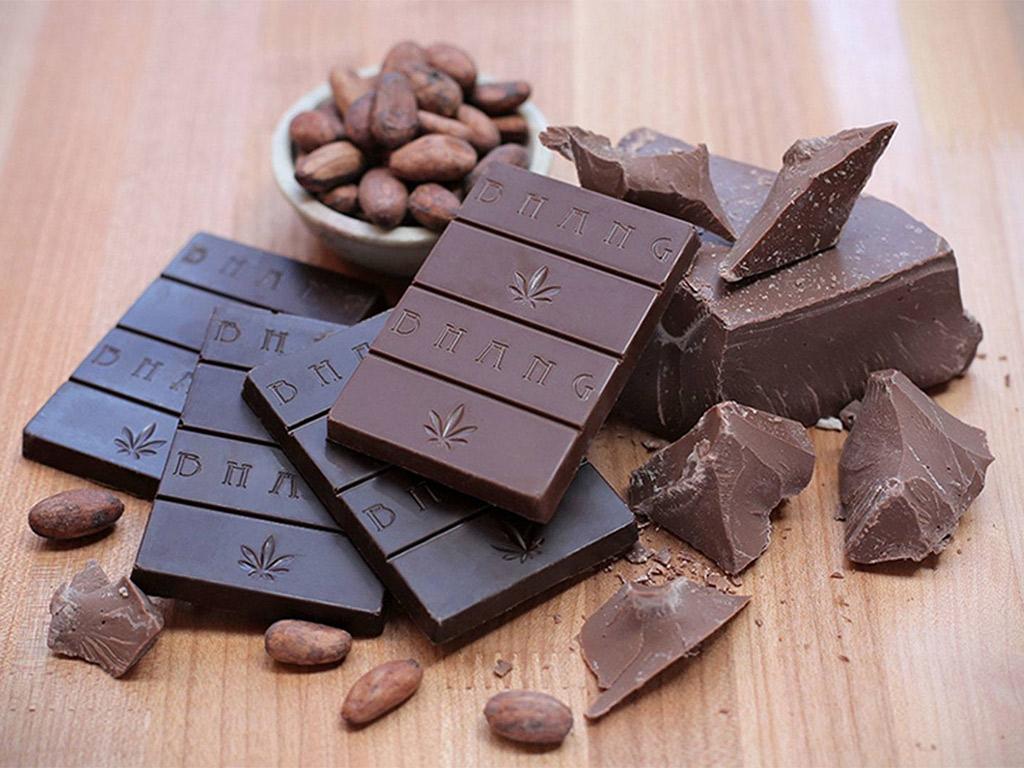 Picture the scene: it’s been a long day, you’re feeling a little wired and have some time to kill. You drop into Dutchie’s, a popular chain café, and place your order: “I’ll have a skinny Morroccan and a gluten-free hash brownie, please.” And you sit down among the business suits and chill…

If that scenario sounds a bit trippy, then think again. It seems that high times lie ahead, and there are signs that industry is ever more hungrily eyeing up the cannabis market in the wake of decriminalisation in the United States. Rap artist-turned-entrepreneur Snoop Dogg announced this week that he is launching a marijuana-based media company, Merry Jane, providing news, information and entertainment about and for the rapidly expanding cannabis industry in the US.

Meanwhile, new research suggests that cannabis is fast moving towards the mainstream. The study predicts that cannabis will become an increasingly familiar culinary ingredient, as food and drink companies work to satisfy both foodies’ appetite for new flavour sensations and the demand for more sugar-free, lower calorie alternatives to alcohol.

It is a trend that is already evident in the US, where the use, sale and possession of cannabis for medical and recreational use has been de-criminalised in a number of states. In addition to the couple of dozen states where medical use is permitted, the drug is now fully legal in Colorado, Washington, Oregon, Alaska and District of Columbia. A number of other states are expected to follow, with Ohio and California both due to vote on legalisation in the coming months.

Foodies are starting to experiment. In a recent Newsweek article, a so-called “ganja gourmet” referred to only as Jeff described having successfully cooked cannabis-infused dinners including Beef Wellington, macaroni cheese, roast chicken with potatoes and sprouts as well as cheesecake using cannabis-infused butter or oil. His motivation was medicinal – inspired by a friend’s sick mum. But with recreational cannabis use starting to gain wider acceptance, a number of chefs and food companies are taking a closer look.

Matt Gray, chief executive of US website The Stoner’s Cookbook, has been quoted as predicting the legal marijuana industry to be worth $10.2bn within five years, and edible marijuana accounting for as much as 40 per cent of that. This is no niche market: research shows that 111 million Americans have used cannabis.

Most of those, of course, will have indulged in it illegally, and marketers are aware that they may have an image problem to contend with. “Who will become the Starbucks of pot?” asked the US business magazine Adweek. “We want to show the world that normal, professional, successful people consume cannabis,” Olivia Mannix, co-founder of US-based marijuana marketing agency Cannabrand told the magazine for its recent feature about emerging cannabis brands.

Already, there are signs that attitudes are changing. According to The Future of Food and Drink, published last week by ad agency J Walter Thompson’s futures-focused Innovation Group, 74 per cent of those surveyed in the US and born since the early 1980s – so-called “millennials” – and 58 per cent of that same age group in the UK believe marijuana will become as socially acceptable to consume as alcohol over the next decade, with cannabis-infused products benefitting from a consumer backlash against alcohol.

“With changing legislation, interest in potential uses of cannabis in food and drink is growing, fast,” explains Lucie Green, worldwide director of JWT’s Innovation Group, predictor of the imminent rise of “cannabis connoisseurs”.

The many products now available in the US include cannabis-infused soft drinks by Dixie Elixir, chocolate and hash oil Hubby Bars, Bhang Chocolate and MariButter. With the psychoactive element present in the cannabis plant – tetrahydrocannabinol (THC) – still intact, many products are marketed for “medicinal” use. It’s not all about getting high, though, with others using cannabis more for flavour. LA-based Compelling & Rich’s marijuana-infused “green” coffee beans, for example, are prepared using a process during which the THC is burned off.

Current opinion is divided when it comes to the flavour benefits of using cannabis as a culinary ingredient, however. For some, the taste of the leaf left unmasked is too bitter. For others, though, different strains have very different flavours. And that’s where connoisseurship and the culinary creativity of cannabis cuisine can come in, with the best effects reportedly from combining cannabis with fats such as butter, olive oil or cream. Used this way it is just another herb, advocates claim, with a particular aroma and taste unique to each strain.

Closer to home, prospects for the mainstreaming of marijuana in the UK seem more remote, given that the sale and consumption of cannabis is illegal – though products using hemp seed, which derives from a variety of the cannabis plant with no psychoactive element (the THC), such as hemp oils and hemp milk, are allowed. In the US, many businesses, such as Medicine Man in Denver, Colorado, had a head start when the drug became legal for recreational use last year, as they had already been legally dispensing the medicinal product for some years.

Yet according to JWT’s research, the majority of most of the UK consumer groups surveyed believe marijuana will be fully legal within a decade – a finding that will make food and drinks companies take note. Next month, MPs will debate whether to legalise the production, sale and use of cannabis after a petition earlier in the summer was signed by more than 200,000 people. Still, the Government has said that there are currently no plans to legalise the drug, which is not legal even for medicinal use. Even so, around three million adults already smoke cannabis in the UK, so that if the drug’s legal status did change, anyone looking to market marijuana food and drink would be met with plenty of pent-up demand.

“Legality will dictate, of course,” Green concedes. “But, category by category, every food is being reinvented.”

UK food trends are already heavily dictated by global fashions – a significant proportion of which originate in the US, she points out, adding: “Two years ago, many people would have said they were not keen on sour, yet now products like Nordic fermented butter are taking off. You just can’t future-proof how people’s future palates will change.”

Of course, it is too soon to tell whether cannabis cuisine will become the next foodie frontier or… just a pipe dream. But for now, at least, one thing’s for sure: there will be much experimentation and even more debate – amongst foodies and legislators, alike – while conclusions are drawn.

Source: Cannabis is on the menu in America – so who will be the Starbucks of marijuana? | Americas | News | The Independent