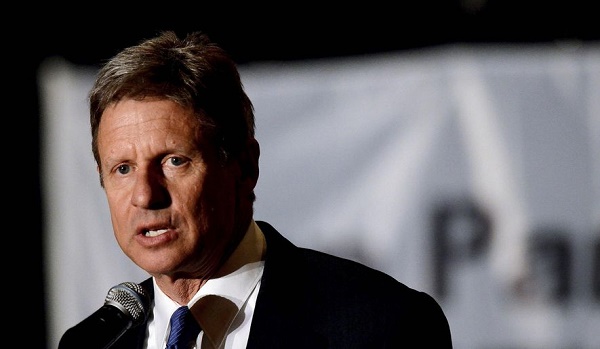 Currently, marijuana shares Schedule 1 status with heroin, and is strictly regulated. This post from Washington Times reports 2016 Libertarian White House hopeful Gary Johnson saying that he thinks President Obama will reschedule marijuana on his way out of office.

Former New Mexico Gov. and 2016 Libertarian White House hopeful Gary Johnson says he thinks President Obama is going to remove marijuana from the government’s “Schedule I” list of narcotics considered particularly harmful and addictive on his way out of office.

“It’s going to be just like alcohol,” Mr. Johnson told The Washington Times Tuesday. “I’m going to predict that Obama, when he leaves office, is going to deschedule marijuana as a Class I narcotic. I wish he would have done that to this point, but I think he’s going to do that going out the door. That’s a positive.”

Marijuana is currently on the Schedule I list alongside drugs like LSD and heroin. The Drug Enforcement Agency defines Class I drugs as having a high potential for abuse and no currently accepted medical use.

Democratic presidential front-runner Hillary Clinton, among others, has suggested reclassifying the drug under Schedule or Class II. Those drugs include cocaine, but also certain painkillers like oxycodone that are available with a medical prescription.

Mr. Johnson’s campaign followed up by saying that the former governor would prefer that the president remove marijuana from the controlled substances list entirely, allowing states to legalize and regulate as they and their voters choose.

But the campaign said most discussion and a more likely near-term step has centered around reclassifying it to Schedule II, which would remove a barrier to prescribed medical uses, though they said that either move would be a step in the right direction.

Mr. Obama has said that Congress can move on such a reclassification.

“What is and isn’t a Schedule I narcotic is a job for Congress,” Mr. Obama said in a 2014 interview with CNN. “It’s not something by ourselves that we start changing … no, there are laws undergirding those determinations.”

Tom Angell, chairman of the advocacy group Marijuana Majority, said the attorney general and the secretary of Health and Human Services can move to get rescheduling done without further legislation under the Controlled Substances Act.

“It’s tough to predict what the president will do on this issue before he leaves office, but if he’s willing to uphold his pledge to set policy based on science, and he listens to the majority of Americans who support marijuana reform, he will exercise his administrative authority for rescheduling,” Mr. Angell said.

Mr. Johnson pointed out that there are still some “dry counties” in the country with respect to alcohol and predicted marijuana would eventually be in that same category.

“I think every municipality has to realize that all the planes to Denver every single weekend are filled up, and that they’re missing out, and Colorado is absolutely vibrant,” he said. “Is it due to marijuana? I think it’s a contributing factor.”

“I don’t know how long it’s been since you’ve been to Colorado, but I think you can sense vibrancy, and it’s there,” he said.