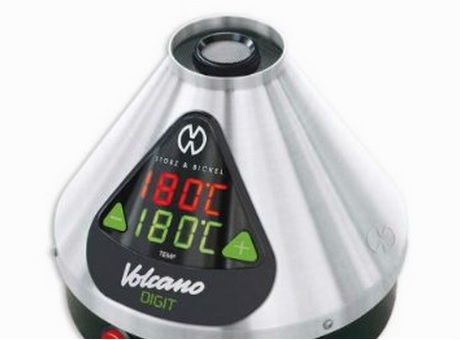 In this post from Weedist, Alexander Martin reveals how cannabinoids, 85 up to now, have different properties and boiling points. By controlling the temperature at which your cannabis is heated you can effectively tailor your high.

In June we covered the major cannabinoids in cannabis and its impact on your high. At least 85 different cannabinoids have been found in cannabis to date, each with different properties and boiling points (the temperature at which the cannabinoid compound is vaporized from the organic plant matter into the air).

Cannabis also contains another critical compound called terpenoids (more broadly known as terpenes), which are responsible for the wonderful aromas and colors. We all know how important sight and smell are to the experience. Research has also shown that THC and CBD alone don’t explain all of the psychoactive and medicinal effects from using a particular strain. Similar to cannabinoids, terpenoids have been shown to have numerous beneficial health properties. Terpenoids are as critical as THC and CBD to your overall experience, and each terpenoid also has a different boiling point.

Using a vaporizer with temperature controls, such as the Ascent by DaVinci, a Volcano or Arizer Solo Extreme, you can control the precise temperature used to heat your cannabis, and therefore which cannabinoids and terpinoids are released into your vapor mist. Because all of those wonderful cannabinoids and terpenoids have different boiling points, if you vaporize the same cannabis batch at two different temperatures you will have two different experiences. The lower the temperature used to vaporize, the fewer the compounds will have reached their boiling points, which means they won’t contribute to your high. This is in stark contrast to the blunt force trauma of combustion, where you inhale all the compounds plus the burned organic cannabis plant matter.

In the next article, we’ll dive deeper into the names, medical properties, and boiling points of the cannabinoid and terpinoid compounds. For now, lets assume we’re targeting two different kinds of highs:

The table below serves as my humble opinion on a starting point for those new to controlling temperature with some caveats listed below. Each weedist should find their own optimal temperatures by cannabis strain to customize their high based on personal preferences and medical needs.

High Temperature Note: With temperatures above 200°C traceable amounts of benzene are found in the vapor mist (a compound you’d rather avoid). Benzene contributes to couch lock and the International Agency for Research on Cancer (IARC) has concluded that there is sufficient evidence for carcinogenicity to humans. Although for all these alleged carcinogens in cannabis, still no proof has yet been found to link cannabis to lung cancer. Combustion of the cannabis plant matter begins at 230°C, where larger amounts of benzene are noted as well as other toxins such as carbon monoxide and smoke tars.

Now throw your personal preferences into the mix. Hopefully this information will help you start some fun and invaluable personal research to share with weedists everywhere!

Source: Tailoring Your High: Intro to Temperature Control With a Vaporizer