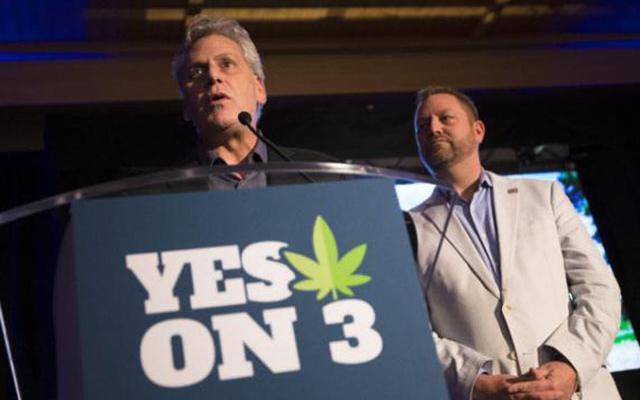 Marijuana monopolization was soundly rejected by the voters of Ohio on Tuesday.

With over three-fourths of the votes counted, major news organizations were projecting defeat of State Issue 3 in Ohio, with votes running nearly 2:1 against it. By that time, ResponsibleOhio was losing the vote in every single county, with all but one reporting partial returns. They weren’t winning anywhere in the state.

Issue 3 was a selfish and greedy attempt to exploit marijuana legalization for personal gain on the part of the financial backers of ResponsibleOhio, and opposition from marijuana consumers, HIGH TIMES, and a broad spectrum of legalization supporters stopped this foolish initiative from hijacking the reform movement.

Although a majority of Ohioans support marijuana legalization a clear majority opposed granting a monopoly on marijuana cultivation and with the final results revealing that only 36 percent of the electorate had voted “yes.”

Another huge blunder was the incredibly stupid idea to use a life-size plush mascot named Buddie to publicize the initiative, supposedly on the premise that it would attract attention and support from college students.

One of the biggest concerns the public has about legal marijuana is that production and distribution would be dominated by large corporate interests, like Big Tobacco, and they would ultimately market the drug to children. Anybody remember the cartoonish Joe Camel? How could any competent political operative think that buying into this narrative would provide net benefits for a legalization initiative?

The most formidable opposition to marijuana’s legalization is concern about corporate dominance over a legal industry. The results of this initiative underscore this lesson. An open, free, competitive market is the best way to protect the public interest. Competitive markets prevent corporate oligopolies from leveraging their economic and political might to thwart effective regulation.

This debacle is actually a victory for the cause of legalization.

It’s not just a question of ending arrests and allowing commerce. The structure and regulatory framework for the legal industry are important issues. The question now, and in the future, is not whether marijuana should be legal, but how it is should be legalized, regulated, and taxed. The failure of ResponsibleOhio is a victory for marijuana consumers because it sends out a loud and clear message that successful legalization proposals require their widespread support.

These two advocacy organizations declined to support the ResponsibleOhio proposal because of its monopoly provisions. They also pointed out that it was poor strategy to place such a measure on the ballot in an off-year election with traditionally low voter turnout.

This debacle in Ohio will have no effect on national momentum to legalize marijuana.

Several ballot initiatives will be put before the voters in 2016, initiatives drafted by experienced professionals with successful track records in building public support for marijuana legalization and attracting broad support from marijuana consumers and advocates.

It’s too bad Ohioans will have to wait awhile for legal marijuana. It didn’t have to be this way.

If ResponsibleOhio had put the public interest before their private self-interest, they could have won this battle and then moved in and profited heavily in a fair competitive market. But they put self-interest first, they lost, and sadly, an opportunity to advance marijuana legalization was lost as well.

But this loss is all on them, not on the movement. This was a poorly conceived proposal and bad public policy. It deserved to lose, and it did.