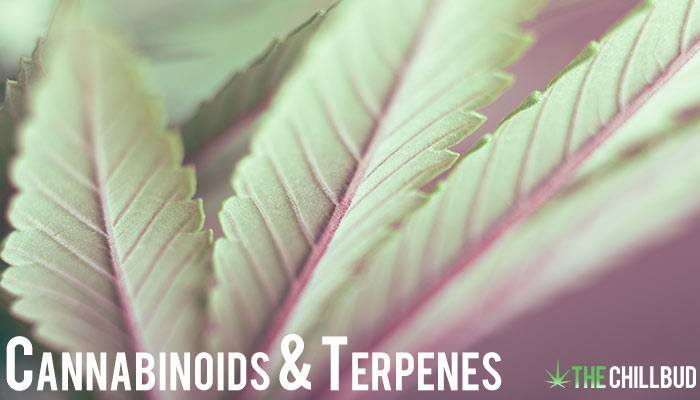 Cannabis offers a host of medical benefits, with more therapeutic uses being discovered every year. But did you ever wonder what is responsible for these effects?

Tetrahydrocannabinol (THC) is the is the cannabinoid responsible for the vast majority of marijuana’s psychoactive effect. Therefore it is no surprise that is the most common, almost everyone knows that more THC means a more powerful high.

Cannabidiol (CBD) is another popular cannabinoid. Researchers and medical professionals are quite excited about the powerful health benefits it has to offer, without a psychoactive side effect of any kind.

We are going to explore some of the different cannabinoids and terpenes found in cannabis, what they are used for and at what temperature they are vaporized. 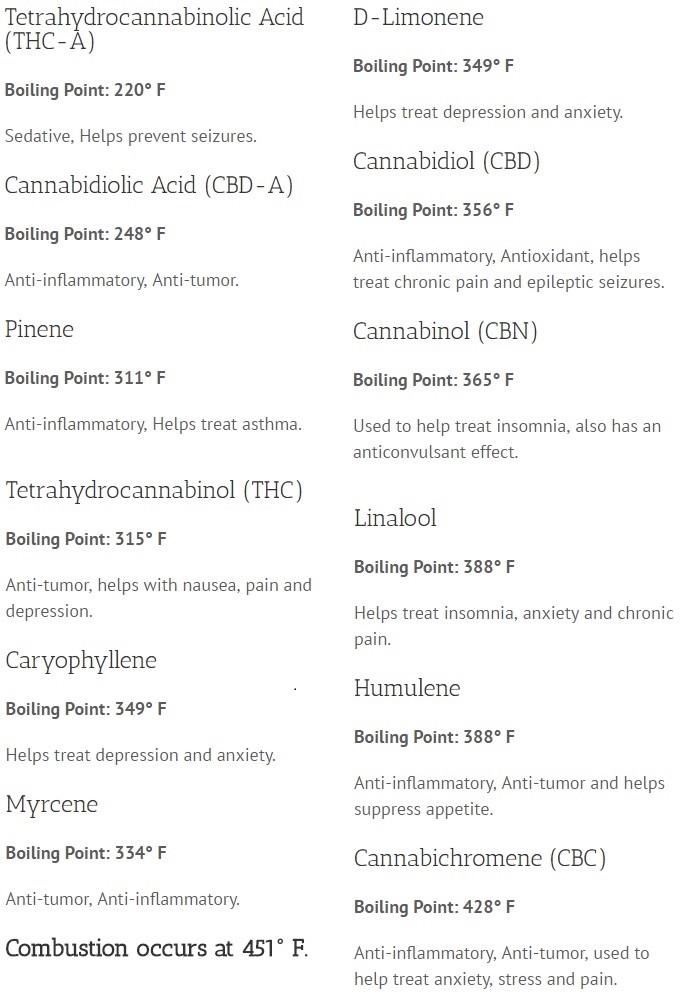 Vaporizers have grown wildly in popularity over the past decade, with a huge variety of tabletop designs, portable devices and disposable options to choose from.

Vaporizing marijuana essentially extracts the cannabinoids and terpenes, boiling them to vapor and inhaled, smoke-free.

It really just comes down to preference. But the boiling point of each cannabinoid is good to know when vaporizing at a lower temperature. To get the most out of you cannabis, you want to hit the sweet spot between 428° F and 450° F.

Source: Cannabinoids and Terpenes in Cannabis – Boiling Points and Benefits – The Chill Bud